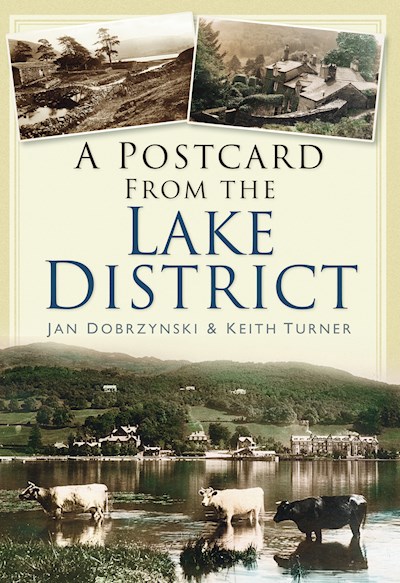 The rocks of the Lake District were laid down over millions of years of volcanic activity and sub-marine sedimentation, eroded by wind, rain, and ice age glaciers, which scoured the river valleys, widened them, and formed the lakes we know today. The towering fells hide a violent past. There were struggles over a disputed border between England and Scotland and the ruins of a Roman fort at Hardknott testify to an even earlier conflict with the Celtic Brigantes. From border settlements to market towns, mining and the coming of the railways, this book takes the reader on a journey in words and pictures across the entire Lake District along becks and rivers, down force and ghyll, across precipitous passes and over fells and through dales, using more than 200 old postcards from the authors’ extensive collections. A Postcard from the Lake District is a glorious pictorial record of soaring mountain ranges, tranquil tarns and the majestic lakes which keep visitors coming back time after time.