A Portrait of Basildon Plotlands 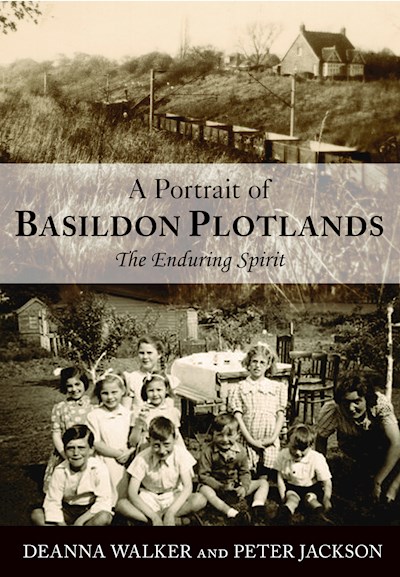 A Portrait of Basildon Plotlands

The former plotlands around Laindon and Dunton are still held dear in the memories of many of their former residents. Most of the grassy lanes have since been swallowed up by new housing, but the combination of archive material with the recollections and photographs of those who once made the plotlands their home will bring back to life the period from the 1930s to the advent of Basildon Development Corporation in the 1950s, when the plotland population was its highest. Although the memories of those who owned weekend huts are included, the focus is on the permanent residents who were here all year round. They couldn’t depart for London when the mud reached the tops of their boots, the milkman’s cart got stuck in a rut, and the standpipes were frozen solid. Some had fled the London blitz but now found themselves under attack in the Essex countryside. Material from Lord Leatherland’s estate shows how the Parish Invasion Committee helped plotlanders prepare for possible invasion and even held an exercise to test their preparations. Coverage includes plotland lanes in the west of Laindon, an area that has received little attention so far. Documentary evidence reveals just how the Corporation tackled the thorny question of ‘what to do with the shack dwellers’. For the unmade roads lined with self-built bungalows were home to those who coped without the basic mains services that were generally being taken for granted. Other hazards included adders, bulls, spiders in the loo, vicious dogs, disappearing bread, shotgun pellets and arson attacks. And yet the plotlands inspire enormous nostalgia, and those who recall with pleasure the hot tea and blackberries they once enjoyed here will find a great deal in this delightful book to amuse them.