A Photographic History of P&O Cruises 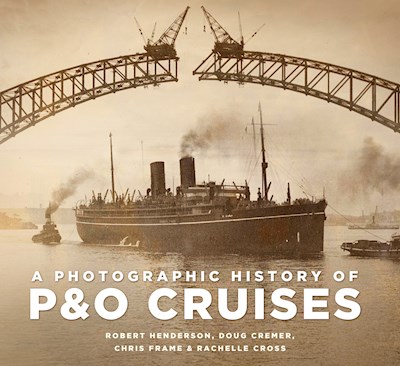 A Photographic History of P&O Cruises

One of the world’s most loved cruise lines, P&O Cruises can trace its history back over 175 years. Through an impressive and unique collection of imagery, this book details the history of P&O Cruises and explores the impact P&O had in shaping the British Empire. With a vast fleet of ocean liners that undertook voyages to all parts of the globe, P&O was instrumental in immigration to Australia and New Zealand, while acting as a gateway to the Far East and India. After the advent of jet aircraft, the venerable company reorganised their services to offer pleasure cruises. In Australia, P&O held a near monopoly during the 1980s and ‘90s, with their ships Oriana and Fairstar. Today, part of the giant Carnival Corporation, P&O Cruises remains an iconic brand, offering British-based cruises, world voyages and a specialist Australian subsidiary that sails into the South pacific.