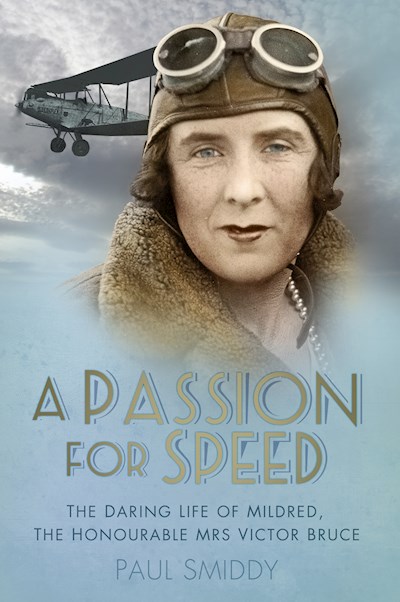 THE HONOURABLE MRS VICTOR BRUCE: record-breaking racing motorist; speedboat racer; pioneering aviator and businesswoman – remarkable achievements for a woman of the 1920s and ’30s. Mildred Bruce enjoyed a privileged background that allowed her to search for thrills beyond the bounds of most female contemporaries. She raced against the greats at Brooklands, drove 200 miles north of the Arctic Circle and won the first ladies’ prize at the Monte Carlo Rally. Whilst Amy Johnson was receiving global acclaim for her flight to Australia, Mildred learned to fly, and a mere eight weeks later she embarked on a round-the-world flight, becoming the first person to fly solo from the UK to Japan. Captured by brigands and feted by the Siamese, Japanese and Americans, she survived several crashes with body and spirit intact, and became a glittering aviation celebrity on her return. A thoroughly modern woman, she pushed similar boundaries in her unconventional love life and later became Britain’s first female airline entrepreneur. This is the story of a charismatic woman who defied the conventions of her time, and loved living life in the fast lane.