A Horrid History of Christmas 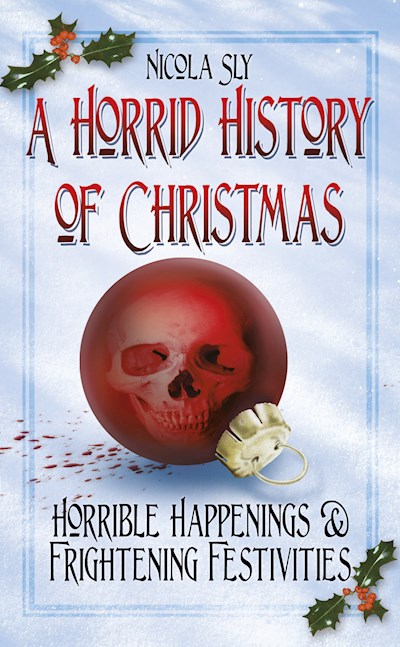 A Horrid History of Christmas

This grisly collection of historic, horrid happenings from across the country demonstrates that Christmas is not necessarily a time of peace, joy and goodwill to all men. The holiday season has witnessed a plethora of almost unbelievable accidents, such as the amateur mechanic who died with his head stuck in a car engine, the footballer who leaped into a quarry to retrieve a lost ball, and the Christmas party guest who fell down a flight of stairs and broke his neck. There are fatal rail crashes in Oxfordshire, Bedfordshire, Cheshire, Cumbria and Scotland; freak weather conditions and devastating fires, such as the Christmas Eve fire in Glasgow that cost the lives of four firemen in 1927. Among the chilling crimes featured here is that of Nottinghamshire man Edward Kesteven, who killed his wife on Christmas Day 1894, and the murder of Thirza Kelly in Norfolk by a local teenager on Christmas Eve 1900. Full of merry madness and hearty heartache, A Horrid History of Christmas will make you want to bypass the festivities altogether!

The Galloping Sausage and Other Train Curiosities