By John A. Davies, Tim Pestell 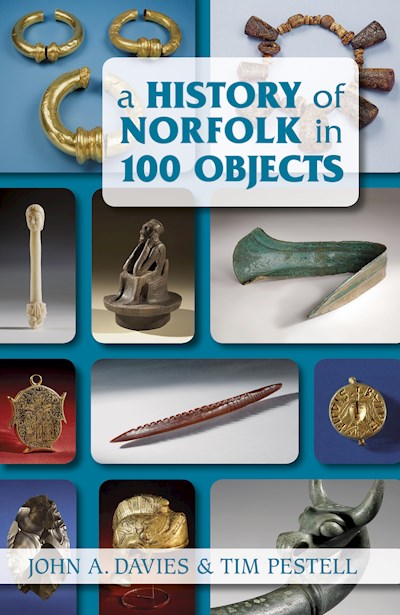 By John A. Davies, Tim Pestell

Compiled by two highly respected authors and museum curators, this richly illustrated book features 100 objects – ranging from a Viking Thor’s Hammer and Lord Nelson’s funeral drape, to the whistle used during the Christmas truce of 1914. Norfolk has evidence of a substantially longer human past than any other part of Britain. The discovery of the beautiful Happisburgh handaxe, described inside, led to a find of further flint tools twice as old as anything found elsewhere in the country. Each object tells a fascinating story in its own right, adding depth and colour to the chapters of Norfolk’s history. The result is an illuminating visual record, demonstrating the central role objects have in understanding our past and revealing the often crucial role Norfolk has played in the development of our national story.