A History of Lincoln 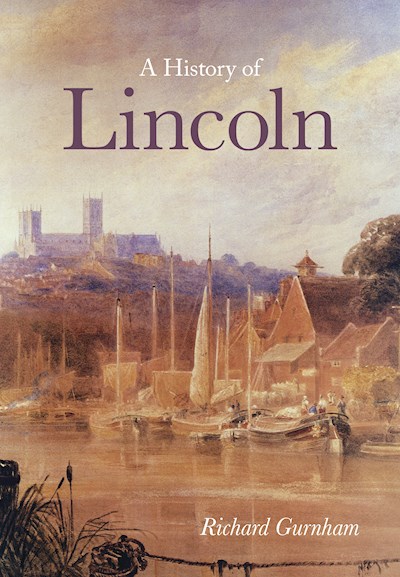 A History of Lincoln

The earliest settlement beside the Brayford Pool was called Lindon, and this Celtic name was adopted by the Roman conquerors in the first century ad. e fortress established on the hill above the river Witham was later transformed into a provincial capital of the Roman Empire, complete with a forum, basilica and ne houses, and the mighty walls and gates built then would still be standing many hundreds of years later. After the Empire collapsed the city survived as the capital of a minor British realm which later developed into the Anglo-Saxon kingdom of Lindsey. Prosperity and growth returned with the arrival of the Vikings in the ninth century, and the great cathedral begun by the Normans, the Conqueror’s castle and fine Norman town houses are the jewels in the crown of Lincoln’s modern tourist industry. Throughout the 12th and 13th centuries the city thrived as a major centre for the wool and cloth trades, but even before the Black Death struck in 1349 it was beginning to decline, and Lincoln would remain a sad and decayed echo of its former self until the last years of the 17th century, much damaged following its use as a garrison town in the Civil Wars. Rapid growth, however, came only in the 19th century when this rather sleepy, ancient cathedral city transformed itself – almost literally ‘overnight’ – into a centre for heavy engineering and, in the First World War, the home of the tank. Today this dual legacy of ancient and modern persists. e Siemens engineering works beside the Pelham Bridge is the last indicator of the city’s former engineering greatness, but Lincoln’s older heritage is better preserved than ever before, and a new university has been established beside the Brayford Pool, where it all began. First published in 2009, this fully illustrated book tells the story of the city’s many transformations over two thousand years and, through a wealth of detail, brings to life the events and challenges faced by many generations who have lived and worked in this rather beautiful ‘place by the pool’.