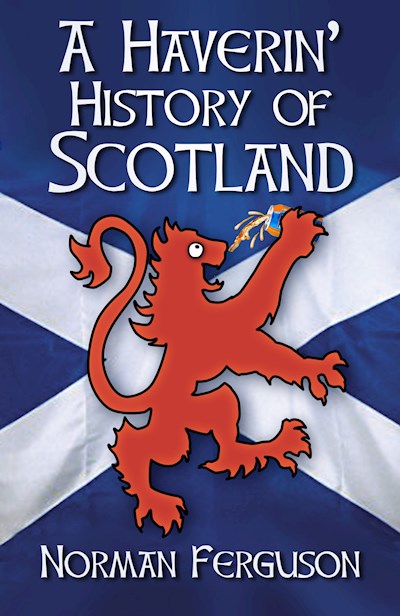 Television, penicillin, the telephone, A Haverin' History of Scotland. All of these have been created by a Scotsperson, although not all will appear on a tea towel listing great Scottish inventions.* Scotland is as old as any other country – maybe even more so, judging by the state of the pavements. This means that it has a lot of a history. A lot! Some of those whose epic deeds have echoed down the centuries include William ‘Braveheart’ Wallace, King Robert ‘the Bruce’ the Bruce and Queen Mary ‘Queen of Scots’ Queen of Scots. Among many others, they all feature in this concise and relatively cheap history of the country people all over the world call Scotland. Because that is its name. Whether you know your Scottish history, or you think the Lewis Chessmen were a 1960s beat combo, A Haverin’ History of Scotland is the unreliable history book for you. *Does anyone still watch television?