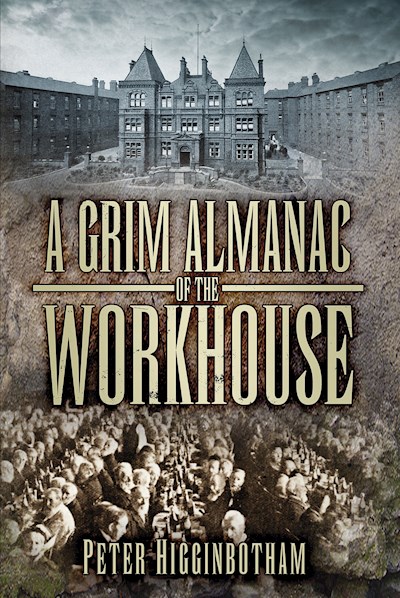 For two centuries, the shadow of the workhouse hung over Britain. The recourse of only the most desperate, dark and terrible tales of malnutrition, misery, mistreatment and murder ran like wildfire through the poorer classes, who lived in terror of being forced inside the institution’s towering walls. This book contains 365 incredible tales of fires, drownings, explosions and disasters, infamous scandals such as the Andover affair – where inmates were forced to eat the bones they were supposed to be crushing to ward off starvation – and sickening tales of abuse, assault, bodysnatching, poisonings, post mortems and murder. Accompanied by 70 rare and wonderful illustrations, this book will thrill, fascinate, sadden and unnerve in equal measure. DID YOU KNOW? In the early hours of 31 August 1888, the mutilated body of Mary Ann Nichols – the first generally accepted victim of Jack the Ripper – was discovered in Buck’s Row, Whitechapel, just a little way from the Whitechapel workhouse infirmary. Nichols, aged forty-two at her death, had been a regular habituée of London’s workhouses. On 30 May 1896, at the age of seven, future Hollywood star Charlie Chaplin entered the Newington workhouse in south London, together with his mother, Hannah, and his older half-brother Sydney. On 19 March 1834 a revolt took place amongst the juvenile female paupers of St Margaret’s workhouse, Westminster. A young man named Speed, appointed as their superintendent, provoked their wrath by his alleged tyrannical behaviour. He was unmercifully thrashed by the girls who tore his clothes nearly off his back and beat him until his cries raised the alarm and the police were sent for to quell the disturbance.