A Grim Almanac of Gloucestershire 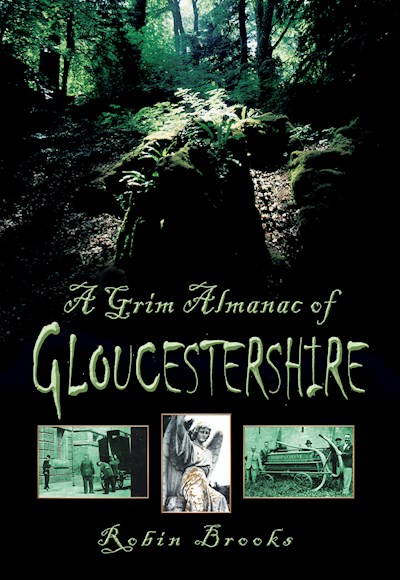 A Grim Almanac of Gloucestershire

This compilation of macabre misery, wanton wickedness and murky misfortune reminds us that sometimes Lady Fate doesn’t simply point her fickle finger at an unfortunate soul — she jabs them full in the eye. Consider Penelope Noel of Chipping Campden who died from embroidery. Or Gloucestrian John Stafford Smith, composer of the ponderous tune eventually adopted by the USA as its national anthem, who was one minute cheerfully chewing on a grape and the next choking to death when the pip became lodged in his windpipe. Then there’s the story of Winchcombe farmer John Lucas who on discovering the lead coffin of Catherine Howard, beheaded fifth wife of Henry VIII, thought he’d prise the lid off and have a look. For grimness at its most concentrated, you can’t beat an execution. And for a hard-hitting account of such an occasion it is difficult to top the eyewitness account of Bishop Hooper’s burning at the stake. Gloucestershire is especially good at blending the quaint with the brutal. Where else could you find a village that celebrates Pig Face Day once a year — and guess what’s on the menu? There is much between these covers that will make you raise an eyebrow, curl a toe and cross your legs. Prepare for your stomach to be turned, your brow to be furrowed and your funny bones to be tickled by these true tales of Grim Gloucestershire.