A Grim Almanac of Georgian London 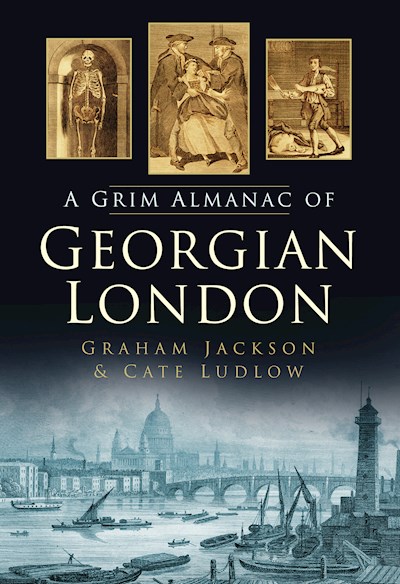 A Grim Almanac of Georgian London

The Georgian era was perhaps one of the most shocking, gory, vice-ridden and downright surprising in the capital's history. From an anaconda attack at the Tower of London to a ghost in Regent’s Park, a murder at the House of Commons, a body-snatching case which horrified all of London, a murderer who advertised for a new wife in The Times and a decapitated head in the churchyard of St Margaret’s in Westminster, it will terrify, disgust and delight residents and visitors alike. With 100 incredible illustrations from the rarest and most sensational true-crime publications of the age, no London bookshelf is complete without it!