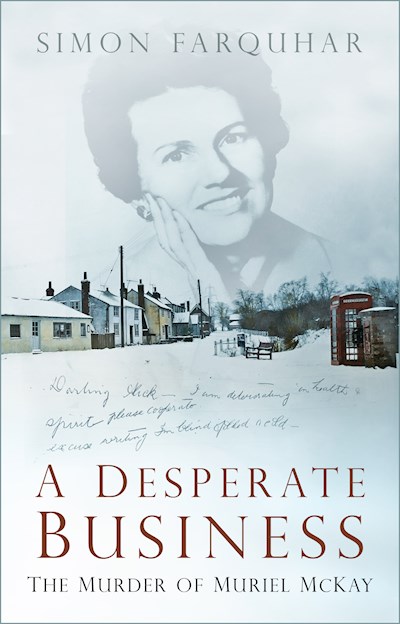 Winter 1969. Rupert Murdoch ends a successful year, in which he has moved to England and bought two ailing newspapers, The Sun and the News of the World, by appearing on The David Frost Show. Among the millions watching are two men captivated by the large sums of money being discussed. A plan is hatched to kidnap Mrs Murdoch for a cash ransom. But the plan goes wrong. Following Murdoch’s Rolls Royce from the News of the World offices to a house in Wimbledon, the two men are unaware that Murdoch has gone to Australia for Christmas, and loaned the car to his friend and colleague, Alick McKay. The following day, Mrs McKay is kidnapped. The kidnappers demand £1 million, but Mr McKay has nothing like that kind of money. A Desperate Business is the story of a case that gripped the nation, the first kidnap and ransom ever to occur in Britain. It is also a story of ingenious detection, of tragedy, and of a very different Britain, hostile to immigration, on the cusp of the Murdoch takeover of its cultural and political identity, with a desperately ill-equipped police force having to deal with a new crime, and a new type of newspaper.