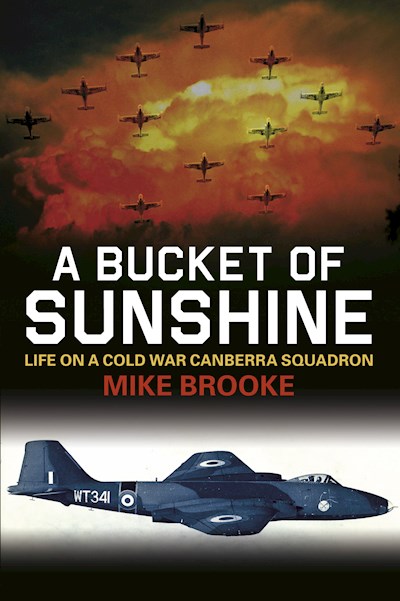 A Bucket of Sunshine – a term coined by RAF aircrew for the nuclear bomb that their aircraft would be armed with - is a first-hand insight into life in the mid-1960s on a RAF Canberra nuclear-armed squadron in West Germany, on the frontline in the Cold War. The English-Electric Canberra was a first-generation jet-powered light bomber manufactured in large numbers in the 1950s. The Canberra B(I)8, low-level interdictor version was used by RAF Germany squadrons at the height of the Cold War.

Mike Brooke describes not only the technical aspect of the aircraft and its nuclear and conventional roles and weapons, but also the low-level flying that went with the job of being ready to go to war at less than three minutes’ notice. Brooke tells his story warts and all, with many amusing overtones, in what was an extremely serious business when the world was standing on the brink of nuclear conflict.