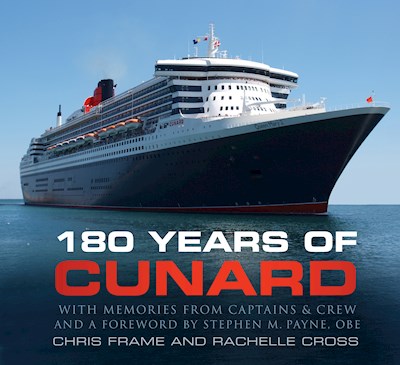 In 2020, the Cunard Line celebrates its 180th anniversary. One of the most famous transatlantic shipping companies, Cunard is beloved on both sides of the Atlantic, as well as around the world. Cunard pioneered many new technologies and launched the largest and fastest liners of their day. During both world wars the Cunarders answered the call of duty and transported thousands of troops to support the Allies. Today, the enduring history of this great shipping line has carried on into the twenty-first century, with the three current Queens celebrating Cunard’s heritage, while a new ship is under construction. This new paperback edition is updated to cover events since the line’s 175th anniversary. With new and updated stories from people involved with line, Cunard’s 180-year history is shared in stunning photographs and engaging text to explore the legacy of the great Cunarders.