100 Cars Britain Can Be Proud Of 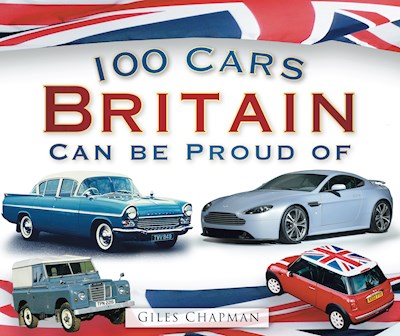 100 Cars Britain Can Be Proud Of

From Ace to Zodiac - via the world-beating Land Rover, the thrilling Morgan Aeromax, the eternally young Mini Cooper and the unique London taxi - this is a celebration of the best British cars, old and new, in all their glorious diversity. Don't you believe it when people say there's no such thing as a 'British' car any more. As a nation, the calamity of British Leyland and MG Rover lingers in our collective conscience, but car factories in Britain today build some of the world's most advanced and desirable cars. Some of them have Japanese names, for sure, but then Ford was always more hamburger than roast beef, wasn't it? Britain's engineers, designers and entrepreneurs have for decades been the creators of motor cars with unique style and charm, from the Bentley 3-litre and Morris Minor Traveller of 'then' to the Aston Martin Vantage and Lotus Evora of 'now'. Inside, you'll find out about the country's 100 most significant models, boasting style, speed, ingenuity and The Right Stuff. They'll make you glad they're British!