The towns, cities and rural areas of Britain confronted inconceivable loss and change during the First World War and we will always remember and reflect on this seminal point in our history.

There has been swathes written about Britain’s role in the conflict, but of just as much importance to local history are the Home Front and ordinary people’s reactions and adaptions to living through wartime.

Each place in Britain is distinct and has its own story to tell. How did people really feel when they heard the country was going to war? What was it really like for those who signed up to fight and those who stayed behind? What happened to everyday activities like working, shopping and socialising? What were the lasting effects and how did the war impact on our towns and cities?

The pressures of war affected each and every person as all aspects of life changed. The aftermath of war saw vast political, social and economic changes. The British class system became outdated, the role of women was greatly transformed, advances in technology were made and reforms in health and education were brought in.

The First World War will forever be one of the most significant periods in recent history. The sacrifice and bravery of those involved is momentous, and we will continue to keep alive the memory of all that lived through the war by paying homage to those who never came back.

Working in partnership with major museums, libraries, archives and heritage organisations across the UK, Great War Britain books showcase the most incredible images, artefacts and stories available, and in doing so, remember the bravery and sacrifice of the people of Britain on a local level between 1914 and 1918. Celebrating local history is a key part of the First World War commemorations and, following the idea that ‘every soldier came from somewhere’, this series reveals the individual stories and shares each community’s experience of the war. 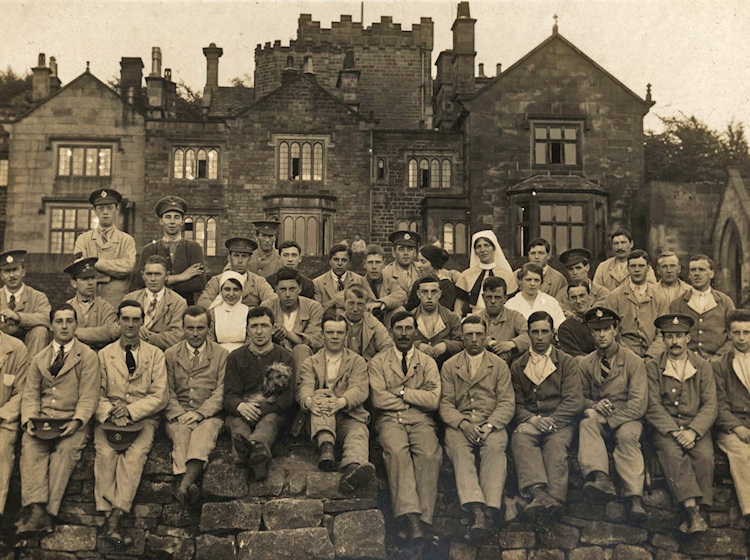 A photograph of the nurses and patients at Longshaw Lodge Convalescent Home for Wounded Soldiers, Grindleford, near Sheffield (June 1917)