At first glance, there is little noteworthy about Wokingham. It is a market town in southern England, much like many other towns and villages.

And yet its history stretches back over a thousand years. A history that is distinct from and yet interwoven with the history of the nation. A history that is unique and different from the histories of the other market towns up and down the country. And it is these very characteristics that make it so appealing for anyone with an interest in local history.

Wokingham’s origins are Saxon. The town was most likely a hamlet established by the Woccingas tribe who lived nearby. Sometime, probably before the Norman invasion, a chapel of ease was established in a ‘clearing the woods’ on the edge of Windsor Forest. The ‘clearing on the woods’ became the town’s oldest street Rose Street, le Rothe. It was from this beginning that the medieval town would grow. 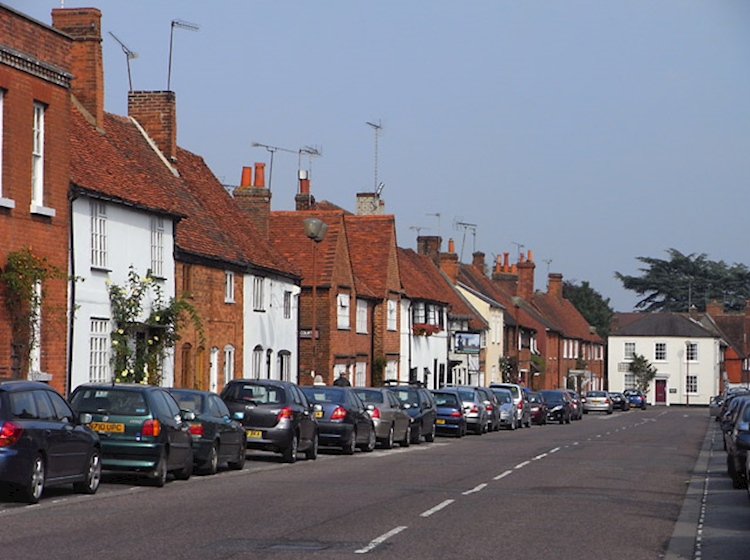 In 1219 Richard le Poore was acting as chief justice for the Henry III’s itinerant justices in Reading. The case concerned the misappropriation of glebe lands by Rafus Radulfus of Wokingham. Radulfus lost the case. A few years later Richard had become the Bishop of Salisbury and was looking for funding for a new cathedral at Milford by the River Avon. He must have recalled the relative backwater of Wokingham for he decided to invest in a market charter for Wokingham from the Crown in 1219. The burgage strips of the medieval town, sold off to raise cash, remain discernible today.

The town developed through the medieval period with fairs, a cattle market and the establishment of industry including a bell foundry. But this early prosperity came to an end with English Civil War. Wokingham was caught between the opposing sides of the Royalists and the Parliamentarian, both of whom pillaged the town for horses and food. But it was the Cavaliers who torched the town in October 1643, when thirty houses representing around a third of the town were burnt down.

The fall out of the war and the subsequent poor harvests of the so-called Little Ice Age impoverished the town. There was a real risk of famine. The economic and social struggles of the town continued for the next couple of centuries.

As late as 1809 a visitor the town, Thomas Mann, would write:

‘Wokingham itself…is the most depressing place you ever saw, where poverty seems to have taken up her abode and from whence the energies of the British character seem to have fled.’

Wokingham did not really recover until the Victorian era when the railway arrived in 1850s. This bought much needed vitality and commerce to the town. 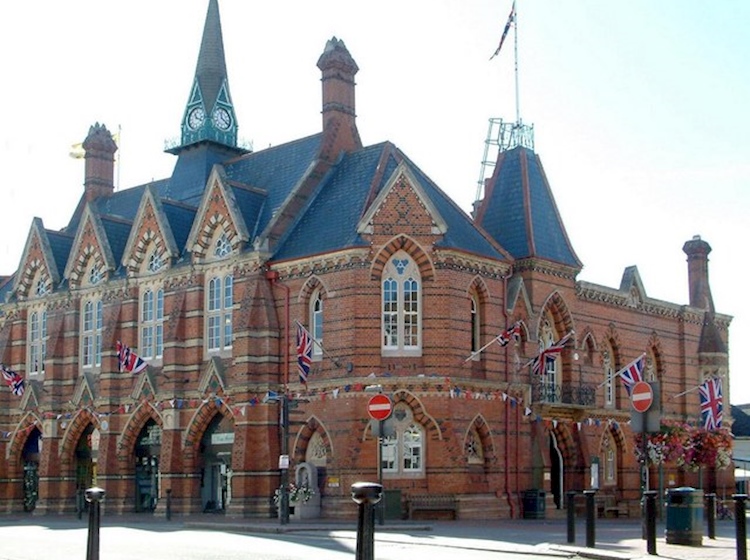 Victorian Wokingham must have been a noisy and smelly place to live. There were several breweries in the town, there were two tanneries, saw mills and brick works. And of course, the smoke and cinders from the steam trains carrying passengers and goods into and out of the town. It was a hive of earnest activity.

The town was also becoming gentrified with the last bull baiting taking place in the 1855. A new church, St Paul’s, was commissioned and built, to the highest standards, with money donated by the owner of The Times newspaper.

During the First World War Wokingham saw several thousand troops billeted in the town. The townspeople rose to the task and provided amenities and entertainment for the young soldiers on their way to and from the trenches. And then in the Second World War Wokingham hosted refugees from London and nearby Southampton. Sadly, in both wars Wokingham also lost many of its own sons and daughters to the conflict.

The post war years saw a resurgence of the town’s economy but not without some challenges. Competition from nearby Reading and Bracknell forced the closure of many shops and business. The town’s medieval layout, while a pleasure for historians, was a problem in terms of traffic. The second half of the twentieth century saw many redesigns of the traffic system not all of them to great effect. However, Wokingham has frequently been voted one the best places to live in England. Much of the old town still remains with numerous listed buildings. The population has grown considerably, and the town center has seen subjected to major development in recent years.

But the essence of the town remains. Its character makes it a worthy contender as a quintessential English market town. Its history and heritage is accessible and, for anyone interested in local history, Wokingham represents a town whose past bears witness to its own trials, tribulations and successes as well as being reflective of the broader picture of the history of England.

The Reading Book of Days

A Grim Almanac of Old Berkshire