Who were the real Enigma heroes?

Able Seaman Colin Grazier, from Tamworth in Staffordshire, was 22 and had been married for just two days before he set out to join the British destroyer. First Lieutenant Tony Fasson, from Jedbugh in Scotland, was 29.  The Enigma material they seized from the U-559 enabled Alan Turing and his team of brilliant codebreakers at Bletchley Park to crack the German naval Enigma code and pave the way for peace.

According to shipmates, Fasson and Grazier stripped naked and swam out to the crippled U-559. In doing so, they headed for the very hell their enemy was fleeing.

They boarded the submarine together and began to smash open cabinets with their guns. They passed the contents, including the codebooks, up to Brown who had joined a boarding party making its way to the vessel on a small boat.

Both Fasson and Grazier went down with the U-boat when it took in a sudden rush of water. Their bodies were never recovered.

Brown had managed to pass the books up to his colleagues. As the submarine sank he popped out of the conning tower like a cork and survived.

Soon the documents were in the hands of the codebreakers who could scarcely believe their luck.  It gave them the clues to finally cracking the four-rotor Enigma code which had prevented them reading the scrambled U-boat messages for the previous 10 months.

The codebooks seized from the U-boat included the Short Signal Book and the Short Weather Cipher, which proved to be priceless materials for the Allies. Thanks to the documents the men got from the U-559, the code (known as Shark) was solved at Bletchley Park on December 13, 1942.

Retrieving the Enigma codebooks from U-559 meant the messages used by the German high command to communicate with their U-boat fleet out in the Atlantic could now be read. Intelligence gained from the deciphered communications was codenamed Ultra and revealed the positions of the submarines. As a result, convoys bringing essential supplies, including food, to Britain from America could be re-routed to avoid attack.

The tables were turned as the hunters became the hunted. The U-boat wolf packs had been sinking Allied ships at double the rate they were being built, with a terrible loss of life. In contrast the number of U-boats was doubling as the Germans gained the upper hand in the war. Up to 800,000 tonnes of Allied shipping was being lost in the Atlantic on a monthly basis. It was unsustainable and Britain was getting ever closer to the ropes.

Britain had narrowly averted being starved into surrender and could prepare for the land battles ahead, which came to a head with the D-day landings. 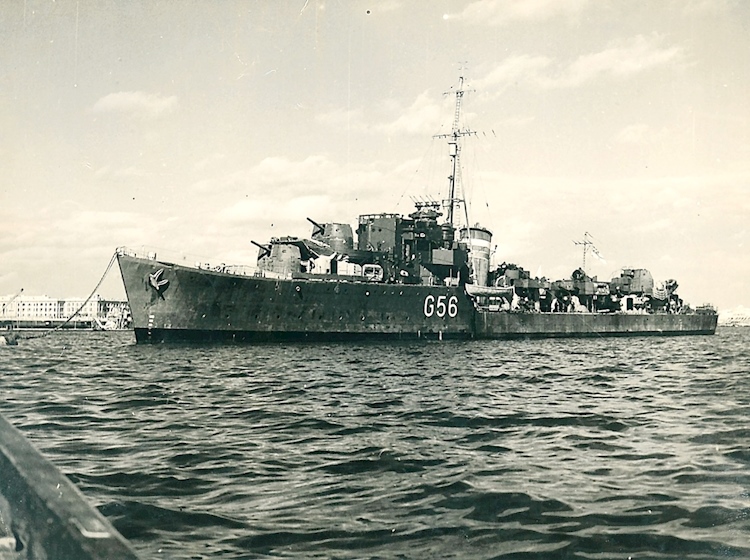 The need for secrecy condemned these men to anonymity. For decades after the war the Navy men’s heroism remained cloaked in secrecy for fear the Germans would find out their ‘unbreakable’ Enigma code had been compromised. Not even their own families could be told what they had achieved. But all that changed when Phil Shanahan took up their cause while working as deputy editor of the Tamworth Herald in 1998.

“It started off as a purely local story and campaign for Colin Grazier to raise money for some sort of memorial to him in Tamworth, but we soon saw it was much bigger than that and found ourselves carrying the torch for Fasson and Brown too,” he said.

The culmination of the campaign was the unveiling of the three-anchors monument in St Editha’s Square, Tamworth. The memorial was created by world-renowned sculptor Walenty Pytel, who produced the Queen’s Jubilee fountain sculpture at the Houses of Parliament. The Enigma heroes sculpture features a genuine ship’s anchor weighing more than two tonnes. Each anchor represents one of the men’s lives.

Sculpture in honour of the men by artist Walenty Pytel

Many other tributes came about as a result of the campaign. In Tamworth there is now a Colin Grazier hotel and roads have been named after each of the men, Bletchley Park, HMS Petard and even the ship’s captain, Mark Thornton. Beers have also been named after the heroes and last year Shanahan helped to script a short film about the story at Bletchley Park.

In autumn of 2017 Parliament officially recognised and commemorated these heroes in an Early Day Motion. Sir Winston Churchill’s grandson, Sir Nicholas Soames MP, was among the signatories. The motion states,

“That this House salutes the extraordinary courage of the three crew members of HMS Petard who, on 30 October 1942, boarded the sinking German submarine U-559 in circumstances of extreme peril; recognises that the Enigma material they retrieved proved vital in saving countless Allied ships and lives; deeply regrets that two of them were drowned when the submarine foundered and the third did not survive the war; and believes that the example and self-sacrifice of Lieutenant Anthony Fasson GC, Able Seaman Colin Grazier GC and Canteen Assistant Tommy Brown GM must never be forgotten.”

The 75th anniversary edition of The Real Enigma Heroes is packed with eyewitness accounts from the crew of HMS Petard who were old men when they discovered the true significance of the action.