In June 2019, I was in Morgantown, West Virginia, hanging an exhibition of Welsh folk art in the Monongalia Arts Center. On the opening night, a lady told me her mother had organised a Welsh Eisteddfod in Morgantown up until the early 1960s, a lady from the St David’s Society of Pittsburgh gave me a bag of Welsh language vinyl collected by her father, the local museum found they had a pamphlet entitled ‘Mining for Welsh Boys’, a cameraman from West Virginia Public Broadcasting turned out to be a scholar of medieval linguistics who studied the ancient Welsh stories in the Mabinogion, and a Minister from Pennsylvania told the Snowdonia tale of Cadwaladr and the Goat with a bag full of sheep puppets.

None of this was a surprise. I’ve been travelling to Appalachia for years and there are traces of the Welsh everywhere. Morgantown was founded by Zackquil Morgan, son of Morgan Morgan o Morganwg, who arrived in what was to become West Virginia in the 1730s. The city graveyard is full of stones etched with the names Davies, Griffith, Evans, Jones, Williams, Price, and of course, Morgan, yet there is little written evidence of their ancestors. Fleeing loss of land back home, they vanished into the thickly forested mountains, and became the lost people of Appalachia.

Their quiet voices have left a memory in folk tales and the folk arts. The itinerant photographer Hugh Mangum of Durham, North Carolina, travelled by train around Southern Appalachia and Virginia in the early 1900s, set up his makeshift studio in unfamiliar towns, and took portraits of anyone who stopped by. He squeezed multiple images onto each glass plate, an old trick to save money. Faces stare back through time, side by side regardless of ethnicity, religion, or class, in the era of Jim Crow and the segregation laws in the Southern States, and the wars in the Appalachian coalfields. Hugh was 44 when he died during an influenza epidemic, but he left behind his humanity. Each face has a name and a story. 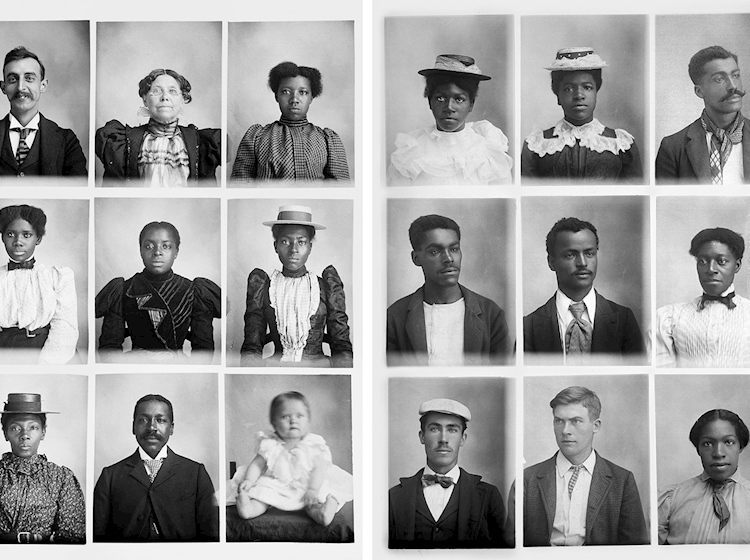 The exhibition in Morgantown contained two portrait quilts inspired by Mangum’s photographs, one of the granny women of Appalachia, and the other of Wales. These sisters made tinctures and potions, had remedies for every kind of ailment, they could charm, cure, and curse, were treated with both suspicion and respect in their communities.

Beti Grwca of Cei Newydd was famed for her love potions, as was Nancie Gore, a Cherokee from the Ozark Mountains who loved horses, hated doctors, and had learned remedies from the old medicine men she knew.  Agnes Dolan of West Virginia could cure fevers and curses by drawing a heart on a piece of paper and sticking it with pins, while Dark Anna of Llanfairfechan cursed by piercing a clay doll with her foster mother’s hatpin. A man in Clay County shot a raccoon in the leg and old Martha Pringle forever walked with a limp, while a farmer in Tregaron, shot a hare with a silver bullet and a doctor pulled the same bullet from the leg of an old woman who lived nearby.

People are still forgotten in Trump’s America. South of Seattle is the ancestral land of the Duwamish people, along a river valley that bears their name. Duwamish historian Jay Miller invited me to climb Granny’s Hill, where he told the old story how Granny’s son South Wind fought North Wind for the hand of Mountain Beaver. North Wind won, and brought snow and ice to freeze the people, until South Wind returned in the spring and warmed the land until the purple camas flowered. From the top of the hill, we looked down at sprawling suburban housing, sardined industrial units, and the Seattle police firing range, who accompanied our climb with gunfire. 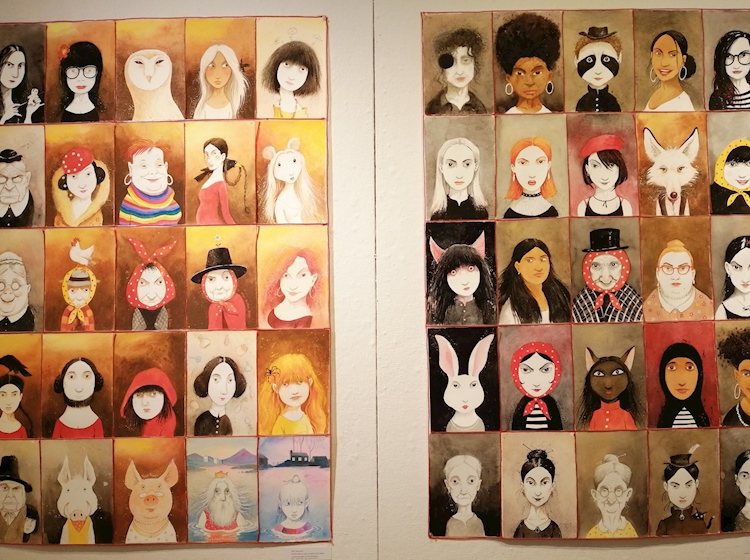 In 1854, the Duwamish were tricked into signing a treaty that gave away 54,700 acres of their land to settlers, in exchange for their own reservation. They received no land, were burned out of their homes, and even today have no federal or tribal recognition. Officially, they don't exist. So they built a longhouse on a small piece of ancestral land, which provides a community centre for the five or six hundred remaining people. Chairwoman Cecile Haddon has repeated for almost fifty years, ‘We’re still here’.

Jay later discovered that five brothers lived on the farm which is now the police shooting range, and they had brought thunder to the Duwamish. Thunder is gunfire, so the Seattle police provided an oddly appropriate accompaniment on the day we climbed Granny’s Hill.

Back in Appalachia I met a pirate in the North Carolina swamplands who played the concertina, a man from Pen Llŷn who remembered my mother in Morfa Nefyn, and Whitney Brown from South Carolina who had learned the art of dry-stone walling from a mentor in the hills near Rhaeadr.