To the north, the rivers Barrow and Nore meet at New Ross and flow as one to meet the Suir. The Three Sister rivers drain most of the southeast of Ireland as they continue southwards to the sea. Following its course, the estuary opens out to over a mile wide as it meets the Atlantic framed by Hook Lighthouse in Wexford and the fishing port of Dunmore East in Waterford. To the east, the county of Wexford reaches as far as the eye can see. While to the west the city of Waterford extends out along the banks of the River Suir, a gateway city to the area in the past and present.

The harbour's importance to transport and trade is underlined in that Ptolemy, mapmaker to the Romans, recorded it as far back as 2AD.One of the earliest known names for the area is Cuan na Greinne, harbour of the sun, with definite hints at its Celtic past.  When the Vikings arrived they called it Vadra fjiord, considered by some to mean weather haven. 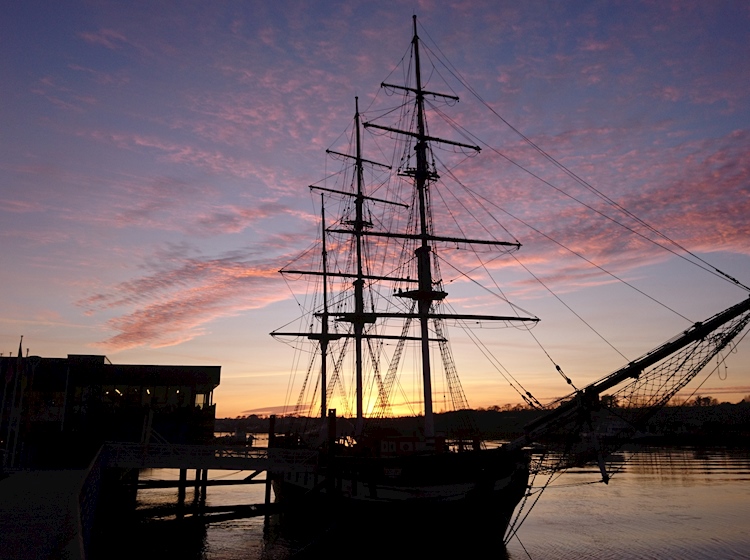 It was the chosen location for the invasion of the Normans in 1170 and as they developed and settled this strategically important thoroughfare it became Waterford. The Knights Templar built a castle at Crooke and managed a ferry to cross the broad estuary. The entire harbour area was settled by loyalists, knights, merchants and the Cistercian Abbey at Dunbrody which provided security and yielded enormous wealth via international trade.  Using the three sister river network as a highway, produce was transported to the ports of New Ross and Waterford. Initially, trade centered on the port of Bristol and then France, but later again it blossomed to much of Europe including Spain and Portugal. In one dispute between the towns of Waterford and New Ross over trading rights, the Waterford merchants were joined by Spanish, French, and Breton colleagues. The provisioning of ships involved in the Newfoundland fishery led to a burgeoning in trade, and also a ready supply of fishermen to work the Grand Banks and later settle the country.

Following the initial onslaught of Strongbow, succeeding Norman rulers such as Henry II, Prince and later King John and Richard II arrived here. After the Battle of the Boyne, both James II and King William III departed from the harbour. Although Cromwell’s initial invasion plan included either the Waterford or Wexford shores as a bridgehead, these were changed at the last minute.  He eventually got here, and on the Minaun locals still refer to a rock he was believed to have visited to view the harbour from where, it was suggested, he vowed to take Ireland by Hook or by Crooke. 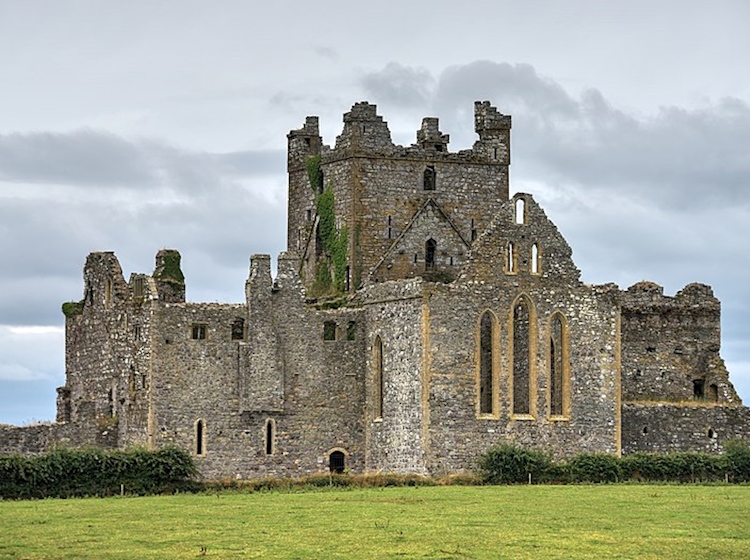 Not surprisingly growing up in the shadow of the Minaun in a fishing and seafaring village such as Cheekpoint, stories associated with the harbour and its history abounded. As yarns were spun a lifetime of interest and appreciation developed. Working as a helper to the older men at the nets, or pulling an oar in the fishing boats on the river, the richness of the area’s history was ever apparent. The appreciation was all the more amplified by the absence of other stimulation in rural Ireland in the 1970s.

Some yarns would raise the hair on the back of your neck, the marauding Vikings who would sweep out of the fog in search of a willing guide to bring them through the marshes and mudbanks, the howls of the banshee keening in the moonlight as a warning of death and the taking of a soul. Such stories carried conviction and menace when shared at night in the cold of an open fishing punt. 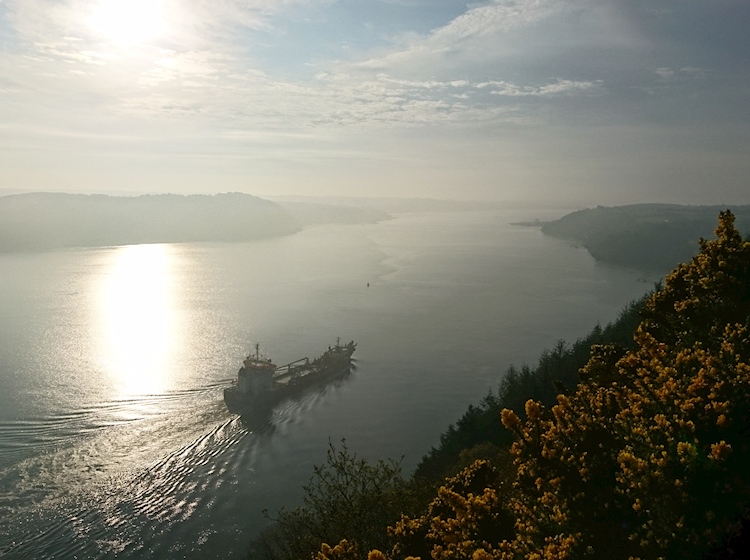 Placenames also tantalised the youngster. Cromwells Rock, always spoken of followed by a spit, to clean your mouth. Buttermilk Castle located on an outcrop where the tides surged and cliff towered above and stories of fishing monks who vowed to protect their fishing rights. The Hospital – a quarantine stop to protect the ports from a disease such as cholera.

And war and its dangerous machines. The Admiral Graff Spee, the pride of the Nazi navy which captured a local man and held him for months before he was freed in a daring raid. U boats that lurked beneath the waves with menace and intent, their mines floating freely in the river, an ever-present threat to fishermen and sailors. They also came from the sky and bombed a local cooperative killing three, leaving a deep scar on the memory of anyone who witnessed the attack. 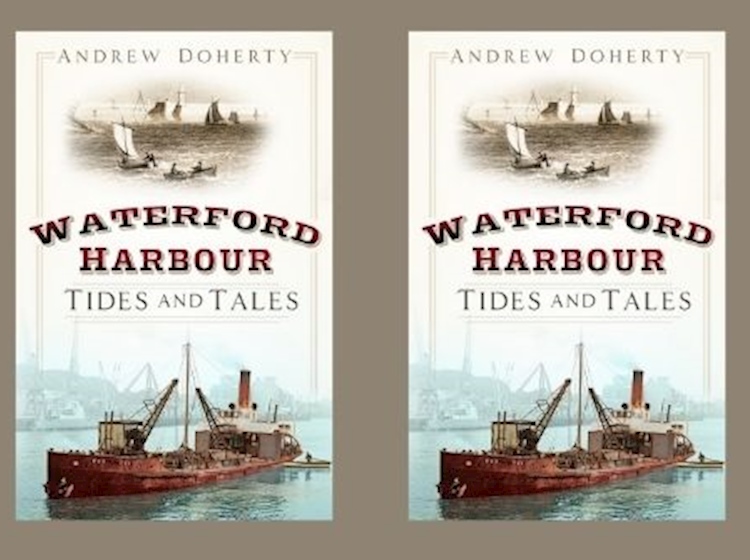 But it was the sea that held the greatest hold. Men who had sailed before the mast, rounded the Horn and sailed those enormous ‘Greybeards’ of the South Atlantic. While other children might look to sporting hero’s who could kick a football or drive a car these sailors yarns opened the eyes to men of different talents. Men who endured hunger, cold and terrifying storms with only one aim in mind, to make port safely and to deliver their cargo.

Throughout the area today much of that history is within plain view. It is interpreted, celebrated, and remembered. But it is also an ever-changing and developing story.  As new research emerges the story develops and deepens. The harbour area, just like the seas around it, has many secrets yet to yield.