Voices of Sunderland’s industrial past

‘I wish I’d asked questions while I’d had the chance.’

Having worked closely with history groups and those interested in historical research, this is something I’ve heard time and again. It got me thinking about my own life. My Gran is almost 80 and would often mention snippets of family history in conversations – she worked at Pyrex (the glass factory), my Granda (Granddad for you southerners) worked ‘down the docks.’ What did that mean?

‘The docks figured large in the prosperity of Sunderland, there were all sorts of trades employed on the docks, the whole thing fit together like a jigsaw.’ Jack Curtis

I started to ask questions.

In building up a picture of my own Grandparents’ working lives, I began to wonder about others. Sunderland was a town of heavy industry, black with the dust of coalmines, deafening with the noise of riveters in the shipyards and dazzled by the light glinting off its glassware. What was it like to work in those places? How did it feel to be trapped down the pit for 12 hours a day? And what happened when the major industries faded and died?

‘These colliery villages, the community, they depended on the mines. When they closed, the roller shutters came down; Sunderland was a ghost.’ Albert Holyoak, Miner at Wearmouth Colliery

Civic pride is a large part of a town’s identity. During the First and Second World Wars, Sunderland helped make things the country needed and so in turn, felt needed. Through the generations to follow, that pride was inherited. People who’ve never seen a ship built in Sunderland can still wax lyrical about it, we still have pit wheels as monuments that are a source of pride and respect. Many of us have no context for what these things represent, but still they seem to mean something.

There’s no substitute for a first-hand account and it was imperative that, in order to paint an accurate picture of Sunderland’s industries and the people who worked there, the stories would need to come from the people themselves.

In telling your own story, it can be difficult to see the value in what you say. During the course of conducting interviews I would often hear ‘you probably won’t get much of use from me’ or ‘I won’t have anything of interest to say.’ It can be a struggle to convince people that to me, none of what they talk about is every day or ordinary because our frames of reference are so different.

‘We used to go to the rink in Park Lane on a Monday night and on a Saturday night we’d go to the Seaburn Hotel on the seafront and late night buses took us home. The hotel would be crowded and you’d be trying to jive in these little spaces.’ – Brenda Forster, Pyrex Worker

Sunderland, Industrial Giant: Recollections of Working Life, tells the stories of Sunderland’s industrial workers from the time when its country needed it most, to the sad loss of centuries of working tradition. These are the people who saw their town change around them and become a city – people who saw the end of one era and the beginning of a challenging new one.

We can often overlook the things that are still within the oldest generation’s living memory, but these are the stories we should be collecting now, while their history is still close enough to reach out and touch. The window of opportunity is there, but it’s narrow. Ask questions while you can.

Discover more about the North East 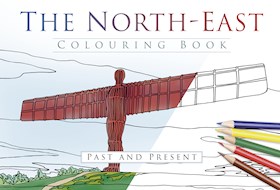 The North East Colouring Book: Past and Present 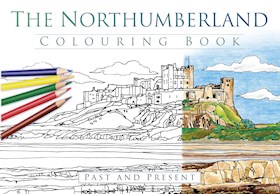 The Northumberland Colouring Book: Past and Present

The A-Z of Curious County Durham

The Durham Book of Days