Vintage visions above the high street

London’s often overlooked advertising history shows us how the capital’s businesses of old made use of hand-painted signs to inform, advertise and appeal to customers.

Although we’re taught it’s not kind to pick favourites there are definitely one or two ‘ghost signs’ that hold a special place in my heart. They are not necessarily always the most beautiful specimens but they are arguably the most telling about Britain’s history of marketing and commercialism.

The faded Gillette advert outside Bayswater Underground Station, for example, depicts a man holding his young daughter in his arms. Their smiles are difficult to make out due to the mild erosion caused by decades of London drizzle but it is clear from what can be seen of their faces that they are both in a jovial mood; perhaps even astounded at how soft Father’s face now feels. Although this sign was obviously painted many years ago it is still deeply reminiscent of the kind of shaving adverts one might catch on television today: a daughter, girlfriend or wife marvelling at how effective a razor blade can be. Though many may understandably assume that the promise of physical closeness has only been exploited by advertising agencies in recent decades this sign tells a different story. Being close to people, particularly the opposite sex, has seemingly always been a popular selling point.

In contrast, the sign for Black Cat Cigarettes on Dingley Road in East London underlines how much attitudes have changed in the last hundred years or so, at least when it comes to what should and should not be advertised. In 1997 the Labour Party made an election pledge that nobody, especially not Russ Abbot, should go fishing with Des O’Connor records ever again, and five years later they made good on their promise by introducing an advertising ban on tobacco products in the UK. Carreras Tobacco Company who produced Black Cat Cigarettes was fortunate enough to be in business at a time when cigarettes were more socially acceptable. Technically the remaining signage for Black Cat Cigarettes, Army Club Cigarettes and the Navy Cut brand around London is now illegal.

Ultimately, the most charming aspect of these vintage adverts is the picture they paint of the historic British high street. Small businesses such as Bates & Co. who manufactured Citrate of Magnesia on Sidmouth Street in the 1930s, sat amongst many others like them. Individualism thrived. In our ‘Everything Under One Roof’ culture this is something we can now only dream about but ghost signs do offer a hand in making our visions that little bit more vivid. 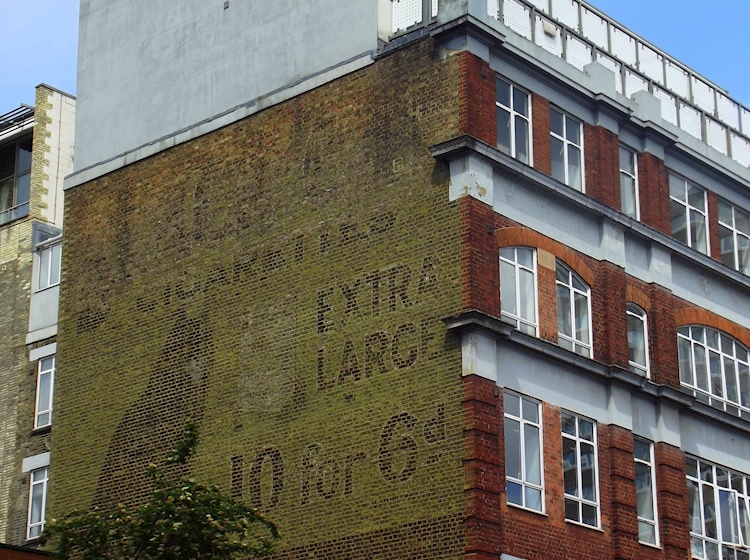 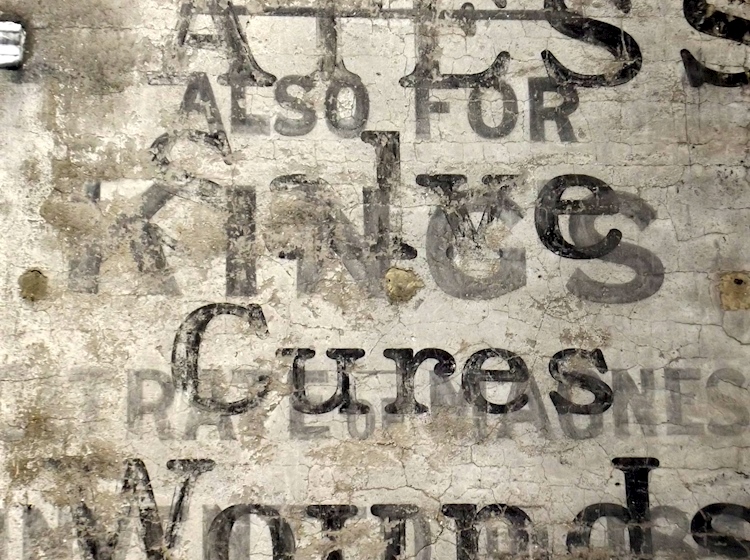 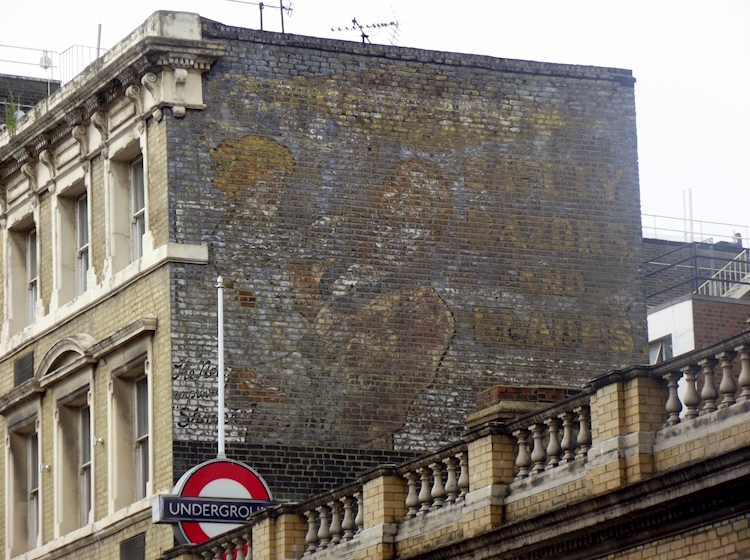