One of the unforeseen and fascinating by-products of the internet age is the uncovering of a web of intrigue and downright dishonesty among the Victorians when it came to getting married.

It was impossible for vicars or registrars to check that the information people gave on official documents was correct because each district kept its own separate registers of births, marriages and deaths. They just had to accept that people were telling the truth when they said they were bachelors, spinsters or their spouses had died.

People tracking their family trees in the 21st century, when marriages certificates from across the country are available online and can be cross-checked, are sometimes astonished to discover some of their grandparents were married bigamously.

Until well after the Second World War divorce was costly and almost impossible to obtain unless both parties agreed so it was easier just to move to a different part of the country and start again.  It was easy to get married a second or third time in another town without anyone being able to check whether your first spouse was still alive. Giving the wrong information on official documents was (and still is) a criminal offence but was commonplace and prosecutions, even for bigamy, were comparatively rare.

Although bigamy is perhaps the worst and most scandalous of the offences that modern internet searches reveal people also regularly lied about their ages, their occupations and their parents. Many also changed their names, not necessarily to obscure their past but simply because they preferred a different one.

This can be a nightmare for family historians but can also be a fascinating pastime for researchers into old documents. Only 20 years ago the only way to check documents was to go to the local record office or Somerset House and look through dusty books. Now many millions of documents have been digitised and it is possible to search the entire country using a laptop in your own home. This is how some stories of past lives that have been hidden from public view are now being discovered. 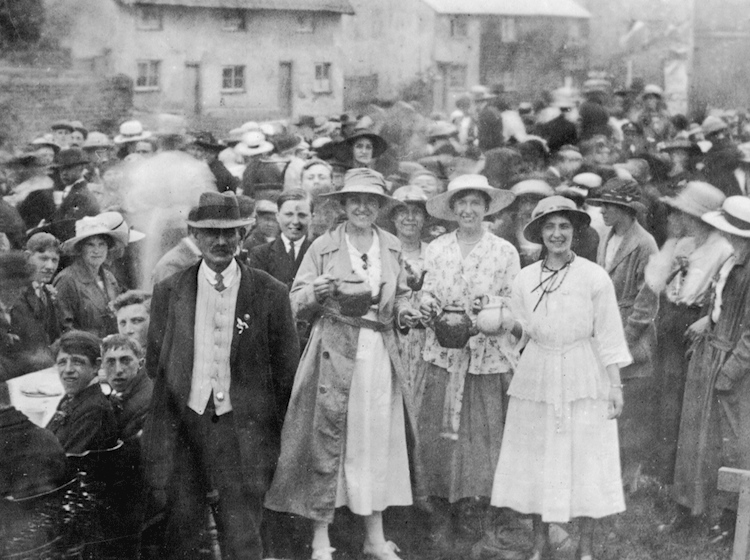 Image from ‘Bigamy, Bankruptcy, War and Divorce: The Tangled Life of a Toddington Landlady’ by Richard Hart and Paul Brown

An example is a bundle of 100 love letters left unclaimed in the vault of a bank since the First World War. The letters, discovered nearly 50 years ago when the bank was having a clear-out of its deposit boxes, reveal a passionate love affair between the landlady of a pub and her lover at the front but the bank was unable to trace who deposited them. An official of the bank was unwilling to throw them away. By chance five years ago he came across a local historian from the area where the landlady kept her pub, Toddington in Bedfordshire. With the tools available to researchers in the last five years it became possible not only to find out who the lady and her lover were but also the tangled life she led before and after her tumultuous affair. It became an extraordinary tale of love, abandonment, bankruptcy and bigamy yet it all ended happily because the landlady contrived to marry the man she loved and went on to live a respectable life.

Once her story had been uncovered it also became possible, using the internet, to trace her descendants and reveal to them the remarkable woman who was their grandmother. None of them had any inkling of her scandalous past but were delighted by her fortitude. Not that discovering her trail through three marriages, desertion and divorce was easy.  Several people involved in the story changed their names, ages and marital status, which made checking and double checking that they were the same person difficult but vital. Also, some digital material in this case and generally is not accurately transcribed. Often people misread bad writing and so viewing the original documents becomes necessary to make sure of accuracy, but this can often be done online too.

In the end despite the difficulties and blind alleys the result is worth it. Apart from anything else our view of ethics in the late Victorian and Edwardian era changes.  More important the realities of life and love in the First World War come alive from pages of love letters when the documents reveal how ordinary people really lived their lives.