Top speed has been an eternal ranking for car buyers plus small and large boys, but who tests it? The first official road test by British car magazine The Autocar was in 1928 when the humble Austin 7 achieved a whole 47mph flat out. But for the wealthy owner a Bentley 3-litre had 90mph potential.

At the time two major magazines served to test how well cars went and stopped (not very well) for British motorists, The Autocar and Motor (destined to merge in the 1980s) and the ideal venue was the Brooklands race track in Surrey, which as well as a banked circuit offered arduous hill climbs. Because the length of the circuit was known, a stopwatch sufficed to capture a car’s best average top speed.

After the Second World War Britain saw a boom in sports cars, earning valuable foreign currency in exports markets such as North America. Any top speed over 100mph became crucial advertising. While car magazines could attempt top speeds around banked tracks, car manufacturers vied to exceed 100mph on a public road for maximum attention, and hopefully a record.

There being no motorways in Britain in the late 1940s British carmakers beat a path to the newly completed Jabbeke highway in Belgium. A stretch would be closed off and top speeds would be measured and certified by the Royal Automobile Club of Belgium.

Jaguar’s claim of a 120mph top speed for its 1948 XK120 convertible had aroused some scepticism so it too had to head to Jabbeke in 1949, where an XK120 achieved 126mph and 132.5mph with the windscreen removed. In 1953 Jaguar test driver Norman Dewis set a new production car speed record at an average speed of 172.4mph in a highly streamlined version.

Back in the world of standard production cars, motor magazine testers had to abandon the damaged Brooklands track but the Motor Industry Research Association’s new Nuneaton test ground opened in 1946 to test cars for the world’s roads and provided a brand new high-speed bowl.

As they still do, car magazines carried out a multitude of road test measurements from acceleration through the gears to braking and fuel consumption under varying situations. ‘Speedometer error’ often meant that the driver was sometimes going considerably slower than advertised.

There would have to be a pair of magazine staff at MIRA for the day, the passenger armed with a row of stopwatches mounted on a board and a steady stomach. Rigged to all start at the same time, the passenger would stop each one as the driver called out each 10mph increment. In the 1960s this was replaced by a fifth wheel – literally what looked like a bicycle wheel strapped to the back of the car. It was more accurate than a speedometer but it also caused a ‘drag’ factor against the wind which made top speed measurement less sure.

During the 1960s General Motors, Vauxhall’s parent company, constructed a lavish test track and development facility near the Bedfordshire village which provides its name; Millbrook. Now privatised it still offers automotive clients 700 acres of test tracks, twisting hill routes which can simulate alpine roads, off-road courses, a mile-straight for acceleration and the fastest high-speed bowl in the country. It was a welcome supplement to MIRA.

The fifth wheel hung on (or sometimes fell off) well into the 1980s when the Datron Correvit arrived, an expensive electronic box taking speed data from a sensor shooting a  beam of light at the ground. In the 1990s this was superseded, for Autocar & Motor by a GPS Vbox from Racelogic using newly available satellite data to place cars within 1cm whatever the weather.

As production car speeds relentlessly climbed, road testers required even greater nerves of steel hurling performance cars around the bowl as centrifugal force would nudge them ever closer to the crash barrier at the tip of the bowl, risking the tyres blowing under the unequal G-force or the suspension jacking itself up. In its 1990 test of the Lotus Carlton saloon Autocar simply had to give up at 163.6mph before it had to bring the test to a halt and it guessed the car was still capable of steaming on for at least another 10mph. In 1994 Autocar & Motor tester Andrew Frankel hit 211mph in the legendary McLaren F1. In 2011 the magazine established that the magnificent Bugatti Veyron Super Sport could reach 232mph and left a final velocity of 268mph as ‘claimed’. Just as well its braking was equal to its speed. 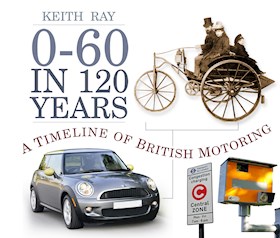 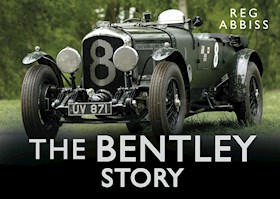