The day of 10th April 1912 dawned to reveal a slightly overcast sky and the temperature was to reach 48°F (9°C). Early that morning, RMS Titanic’s Captain Edward John Smith arrived from his home in Southampton, his officers having spent the night aboard. Shortly afterwards the crew were gathered together for inspection. 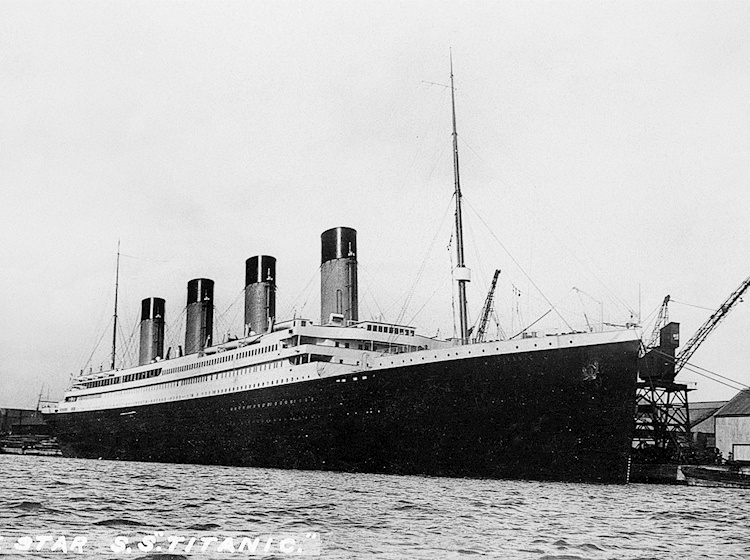 Titanic at Southampton on 10 April

Captain Maurice Clarke, the Board of Trade Immigration Officer, arrived early that morning to observe the crew inspection and witness the lowering of two of the rear starboard lifeboats, the port side being against the dock. Fifth Officer Harold Lowe and Sixth Officer James Moody were designated to supervise the test – the only lifeboat drill ever carried out.

Thomas Andrews (Assistant Shipyard Manager) had written to his wife the previous night: ‘The Titanic is now about complete and will, I think, do the old firm credit tomorrow when we sail.’ He had arrived on board very early that morning.

White Star Line’s chairman and managing director, J. Bruce Ismay, with wife Julia and three of his children, came aboard at 9.30 that morning. His family did not travel but his valet and secretary accompanied him. 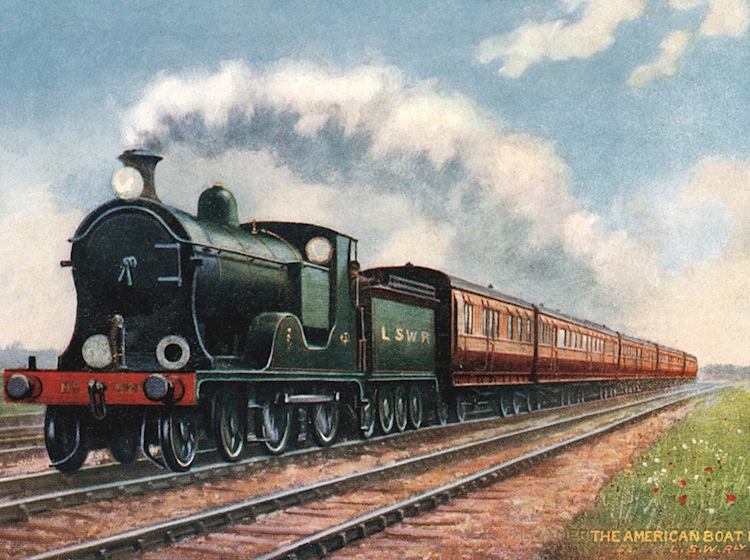 The American Boat Express from Waterloo

As the time of departure drew near, the scene at Berth 44 became more hectic. The passengers, who had arrived by special boat trains from Waterloo, were boarded through separate class entrances. Third-class passengers were checked for the eye disease trachoma, as sufferers were not allowed entry into the USA. At least one man was denied boarding. Over half of the third-class passengers did not speak English as their native language.

Just after 12 noon the whistles on the first two funnels sounded. Chief Officer Henry Wilde and second Officer Charles Lightoller were both on the forecastle supervising the release of the bow mooring lines, and First Officer Murdoch and Third Officer Pitman dealt with the stern lines. Fourth Officer Boxhall and Lowe were stationed in the bridge area, and Moody was in charge of the last remaining gangway on E deck that linked the ship to the dockside. 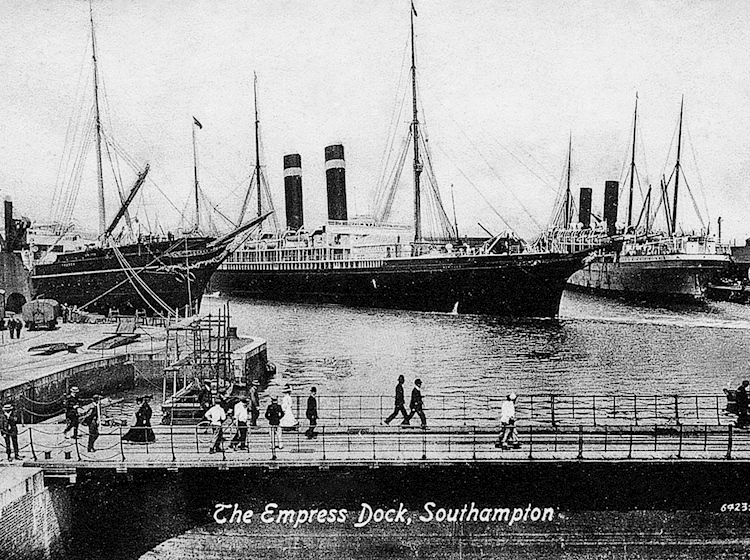 The New York at Southampton

Proceeding down Southampton Water at a speed of 6 knots, Titanic drew parallel on her port side with the liners Oceanic inside and New York outside, moored together at Berth 39. Her displacement and the power of her propellers created suction that caused the lines holding New York to break and the vessel began to drift slowly towards Titanic. Captain Smith and Pilot George Bowyer stopped the engines; Captain Gale of the tug Vulcan secured a line to New York and began to drag his charge away from the stationary Titanic. At one point the two hulls were only 4ft apart. Two tugs then pulled New York away and she was secured at the edge of the Eastern Docks in the river Itchen.

Titanic restarted her engines and, before dropping off the pilot at the Nab light vessel, stopped as the tug Vulcan on the port side collected any crew surplus to requirements for the maiden crossing. This contributed, along with the New York incident, to a late arrival at Cherbourg. She then proceeded towards the Isle of Wight as passengers began to explore their new home. It is estimated that on leaving Southampton the ship was carrying 1,842 people.

Captain Smith, in an interview with the New York Times whilst in command of Adriatic in 1907, is quoted as saying:

‘Shipbuilding is such a perfect art nowadays that absolute disaster involving the passengers is inconceivable. Whatever happens, there will be time enough before the vessel sinks to save the life of every person on board. I will go a bit further. I will say that I cannot imagine any condition that would cause the vessel to founder. Modern shipbuilding has gone beyond that!’

Extracted from: Titanic: The Wider Story by Patrick Mylon

By the same author