By the end of January 1968 the American people thought their armed forces were winning in South Vietnam after three years of escalating conflict. Then the North Vietnamese People’s Army of Vietnam (NVA) and Viet Cong struck back against the forces of the South Vietnamese Army of the Republic of Vietnam (ARVN), the US Armed Forces and their allies, hitting military and political targets across the country. While the NVA and Viet Cong suffered a military defeat, they dealt a huge blow to US support for the war.

By the end of January 1968, American troops had been fighting in South Vietnam for almost three years. This was, however, part of a much longer war, which had been rumbling along since the end of the Second World War.

Most towns and hamlets were under Viet Cong control, while the South Vietnamese government was on the verge of collapse when the first US Marines came ashore in March 1965. The US military set about establishing bases across the country, driving the Viet Cong from its ‘sanctuaries’ (safe areas) and helping the South Vietnamese armed forces to restore law and order. All the while, General William C. Westmoreland reassured the American politicians and press that progress was being made and that the war could be won.

Nguyễn Văn Thiệu was president of South Vietnam from 1965 to 1975 and a general in the South Vietnamese Army of the Republic of Vietnam (ARVN)
General William C. Westmoreland

By the end of 1968 there were 485,000 US troops based in South Vietnam and they had brought two-thirds of the country’s population centres under government control. The number of North Vietnamese and Viet Cong troops in the country was estimated at only 220,000, while 81,000 had been reported killed in 1967. Communist recruitment in the villages was also falling, while the number of men moving down the Ho Chi Minh Trail, the route connecting North and South Vietnam via Laos and Cambodia, had been considerably reduced.

While the American public were weary of the war, the military was promising that improvements were being made and Westmoreland was predicting that it would be over by 1970. However, progress had to be consistent or the people and the politicians would lose confidence in his predictions. Westmoreland stated that the war was entering a new phase in November 1967: ‘when the end begins to come into view’. Other agencies supported his view and both the politicians and public were appeased.

Hanoi had other ideas; it was planning to counterattack multiple targets across South Vietnam. It aimed to infiltrate towns and cities ahead of widespread attacks against government buildings and military installations. But military action was the beginning; the catalyst which would start a people’s revolution and overthrow the Saigon government.

The plan would start with the North Vietnamese Army overrunning Khe Sanh combat base near the border of North Vietnam, recreating the Viet Minh’s 1954 victory against the French at Dien Bien Phu. The Viet Cong would make the initial attacks in all but the north of the country, while the NVA would exploit the chaos.

As 31 January 1968, the Vietnamese New Year (Tết) and the Year of the Monkey, approached, Military Assistance Command, Vietnam (MACV), the United States’ command for all military forces in South Vietnam, knew that the NVA and the Viet Cong were planning attacks to coincide with the celebrations, but they did not know where. They also had no idea about the strength or ferocity of what was about to be unleashed.

After 20 January, the eyes of the Free World focused on the NVA attacks against Khe Sanh combat base, near the Demilitarized Zone (DMZ). However, over the days that followed, tens of thousands of NVA and Viet Cong soldiers covertly moved into position. They crawled through tunnels and mingled with the holiday crowds to reach their assembly points in towns and cities across the country, finding arms caches waiting for them. 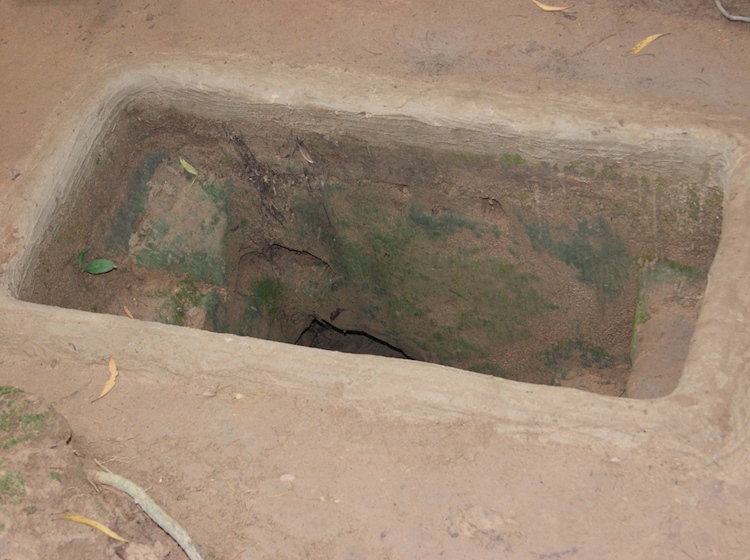 The Cu Chi tunnels, a network of narrow tunnels serving as hiding spots, supply routes and living accommodation were the Viet Cong’s base of operations during the Tet Offensive
The entrance to one of the many tunnels in the Viet Cong’s network
Inside a tunnel
An example of a Viet Cong weapons cache 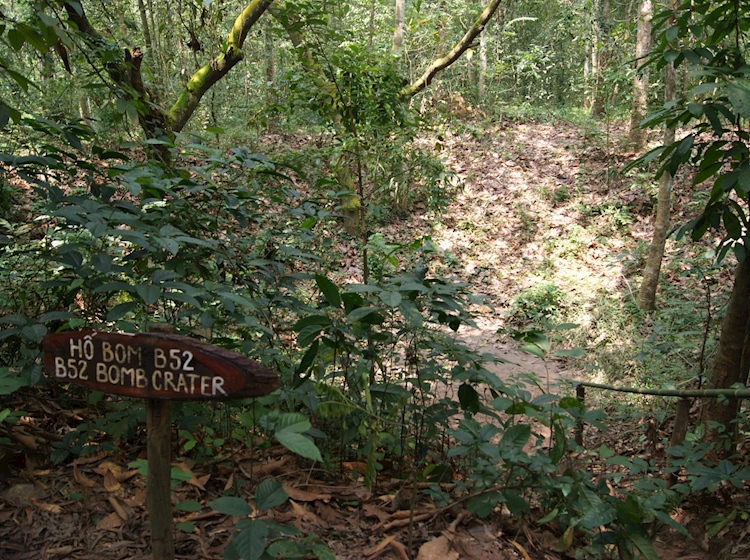 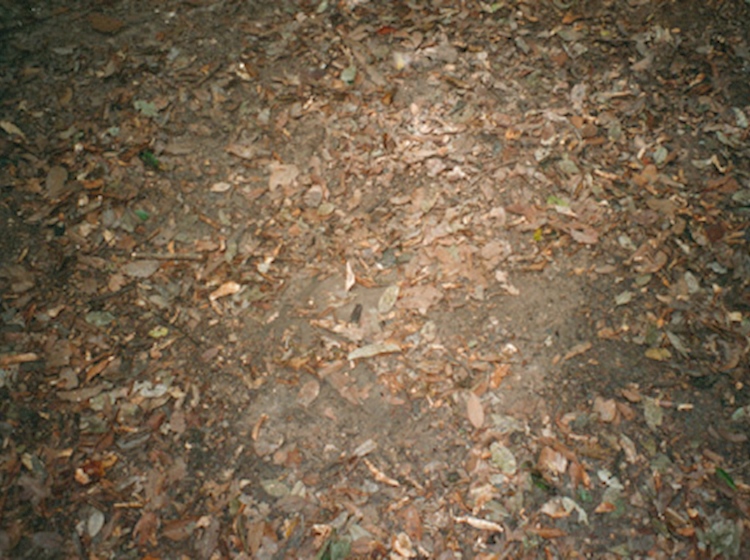 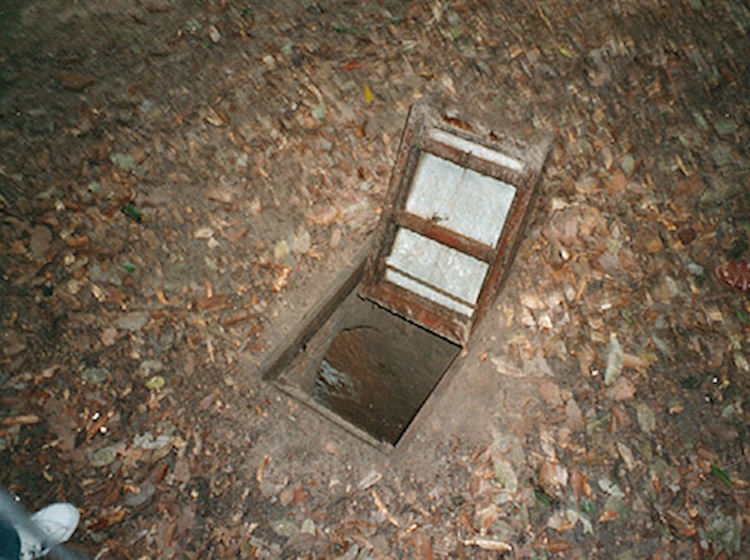 On 30 and 31 January, the NVA and the Viet Cong attacked dozens of targets across South Vietnam, including government buildings, military installations and cultural targets. Over the days that followed, the world watched the battle unfold on their
televisions as United States and South Vietnamese troops fought side by side to regain control of the towns and cities.

While normality was quickly restored in most areas, the damage had been done because the attacks had undermined American support for the war. During those fateful days, the politicians in Washington DC and the rest of the American people had lost faith in their military. General Westmoreland had predicted that the end was about to come into view, and it had; however, it was not the outcome he was hoping for.

Following the Tet Offensive, Westmoreland was replaced by General Creighton W. Abrams. President Lyndon B. Johnson stepped down after poor results in primary elections and was replaced by President Richard Nixon, who had promised ‘peace with honour’ in the Vietnam War. It was not long before American troops were being withdrawn, giving the South Vietnamese armed forces a greater responsibility for operations.

The last American troops left South Vietnam in June 1972, but the struggle continued for another three years. By the spring of 1975, the NVA was ready to enter South Vietnam one more time and the attacks began on 10 March. The South Vietnamese forces were soon overwhelmed and chaos reigned across the country as people tried to escape the advancing Communist troops. On 29 April, President Gerald Ford ordered Operation Frequent Wind, the evacuation of American Embassy staff from Saigon. The following day there were chaotic scenes as helicopters flew to the embassy compound while NVA tanks drove through the streets of the city.