The Victorian Society: Campaigning for Victorian and Edwardian architecture

60 years ago 33 cultural luminaries including John Betjeman and Nikolaus Pevsner gathered at 18 Stafford Terrace, Kensington to found a body dedicated to the protection of threatened Victorian and Edwardian buildings. Today the Victorian Society is thriving, with 3,000 members nationwide helping to fight for buildings at risk.

The catalyst for the foundation of the Victorian Society was Anne, Lady Rosse, the granddaughter of English cartoonist and illustrator Edward Linley Sambourne (most famous for being a draughtsman for the satirical magazine Punch). She had inherited the family house at 18, Stafford Terrace, Kensington, after the death of her bachelor brother Roy in 1946.

Anne, Lady Rosse, one of the founders of the Victorian Society

In 1874 Edward Linley Sambourne married Marion Herapath, the daughter of a wealthy stockbroker and the following year paid £2,000 for an 89-year lease on 18 Stafford Terrace, a townhouse in Kensington. Built in the 1870s as part of new developments on the Phillimore Estate, Stafford Terrace was classical Italianate in style and the Sambourne family decided to decorate the house in the Aesthetic style (also known as the ‘House Beautiful’ style). Aestheticism is the philosophy that culture and the arts should express beauty rather than a concept of morality or social value. In practical terms, this often meant using unusual or exotic objects. As a result, Aesthetic style interiors are characterised by several common themes such as ebonized and gilted wood; a Far Eastern or Oriental influence; the prominent use of nature e.g. flowers, birds, ginkgo leaves, peacock feathers and blue and white decoration on porcelain and fine china.

Linley Sambourne used Stafford Terrace to express this philosophy, installing stained glass windows decorated with sunflowers, imported Chinese porcelain and William Morris wallpaper, such as the Pomegranate design. The family also installed a water garden in the form of an aquarium and fountain which was decorated with colourful rocks and shells and draped with ferns and ivy.

The Sambournes lived in the house for the next 36 years – Linley Sambourne died in 1910 and his wife Marion died in 1914, at which point Roy, their only son, inherited the house. As Roy kept the house’s interior largely unchanged, it remained remarkably intact and it became a source of fascination to Anne, who continued to look after and preserve the house after Roy’s death.

The founding of the Victorian Society

At a Guy Fawkes night party in 1957, Anne summoned a group of 32 of her friends and proposed founding a society to encourage the preservation and appreciation of Victorian art and architecture, something which was quite unfashionable at the time. A handful of enthusiasts, including the poet and writer John Betjeman and history of art scholar Nikolaus Pevsner, agreed to support the cause and the Victorian Society was founded at a second meeting at 18 Stafford Terrace on 25 February 1958. From the beginning it was agreed that the society would also have the Edwardian period within its remit, up to the outbreak of the First World War. John Betjeman became the first secretary.

‘Victorian and Edwardian buildings are part of our collective memory, and central to how we see ourselves as individuals, communities and as a nation.’

The founding of the Victorian Society took place against a backdrop of almost universal dislike of anything Victorian and the widespread destruction of Victorian buildings as post-war reconstruction continued apace. Early on in the society’s history two particularly important buildings provided them with battlegrounds. The first was Euston Station and its famous Arch and the second was James Bunstone Bunning’s Coal Exchange in the City of London. Although ultimately in both cases the battle was lost, the long struggles attracted attention and public support for the fledgling society.

Euston Arch, the original entrance to Euston station in the 1890s

Throughout the UK great Victorian cities were under threat, so right from the start the Victorian Society strove to avoid an over-emphasis upon London. Regional groups were initially set up in Liverpool and Manchester to mount campaigns and carry out local casework and now there are also groups in Birmingham and the West Midlands, Leicester, South Yorkshire and Wales which all contribute to the federal character of the Society.

Following the initial lack of success at Euston and the Coal Exchange, the tide gradually began to shift in the Society’s favour. In 1966 when British Rail wanted to knock down St Pancras Station it was instead listed as Grade I. The Albert Dock in Liverpool was saved and converted. Birmingham’s Jewellery Quarter became a conservation area in 1981. As the shortcomings of post-war planning became apparent, people began to regret the loss of the terraced streets and communities that lived in them. As the Society’s influence grew, so did its membership. From an initial 28, the Society had 3200 members by 1980.

‘Victorian and Edwardian buildings are irreplaceable, cherished, diverse, beautiful, familiar and part of our everyday life. They contribute overwhelmingly to the character of places people love and places where people live. They belong to all of us. Their owners are really only custodians for future generations.’

From its headquarters in a Victorian house in Bedford Park, West London, a small team of staff manages the day-to-day running of the Society. Four conservation officers comment on listed building consent applications for works to Victorian and Edwardian buildings throughout England and Wales. When particularly damaging proposals are made this is often accompanied by a media campaign, and every year the Society also runs its ‘Top Ten Endangered’ campaign, where members of the public nominate threatened buildings in need of a push towards salvation.

The Society’s 60th year got off to an exciting start with the appointment of Griff Rhys Jones as its new President in February 2018, who said: ‘I'm honoured to have been given the opportunity to represent the Victorian Society and support their valuable work. My day job is taking me round the country at the moment, and I see – and am often lucky enough to perform in – some splendid Victorian and Edwardian buildings, but there are many more currently at risk. I am here to blow whistles and bang drums for them, and help reserve and restore them. I am proud to be asked to do so.’ 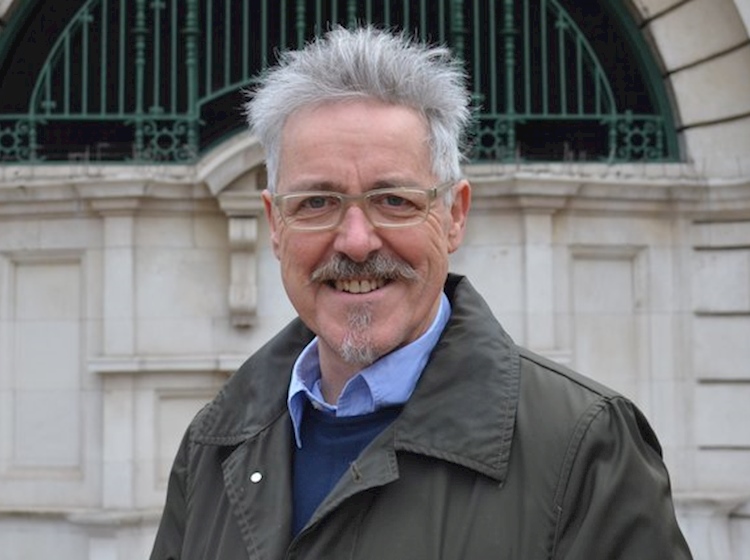 To find out more about the Victorian Society and their work, and learn more about how you can help save Victorian and Edwardian architecture by becoming a member, please visit www.victoriansociety.org.uk