Ever since the publication of my book Britain’s Toy Car Wars: The War Of Wheels Between Dinky, Corgi & Matchbox, I’ve been pondering on collecting old diecast toy cars and lorries again. It’s proved hard to resist, an impulse hard-wired in over more than 50 years.

I became obsessed with these handheld masterpieces of modelling as a six-year old kid in the 1970s. There wasn’t much television in those days and being a boy with glasses I was none-too-keen on football; I was a bit young for pop music fandom, and seemed to have copious opportunities already to make, paint and draw things at school. But I loved cars, and so my hobby was collecting them, in miniature, constantly begging my parents for new additions to my fleet, which were helpfully supplied, via the local toyshop and newsagent, by those kindly yet unseen gods at Matchbox, Corgi and Dinky.

At the start of every year, these toymakers would issue their catalogues for the 12 months ahead, and I would plan what to aim for next. The checklists they provided on the back pages merely stoked it all. To tick off everything they had to offer seemed absolutely impossible to the young complete-ist in me.

Not, in a way, that I really wanted them all. These ranges were tremendously broad, mainly of the latest cars, trucks and buses but also including machines that held less appeal to me, such as motorbikes, aircraft, bulldozers, tanks, steamrollers, boats, cranes, hovercraft, you name it; if it moved, carried people or cargo, and made a noise in real life then they covered it at a handheld scale.

What I could never have known, as simply the fixated consumer at the far end of the retail chain, was that behind the scenes these three magical names were not only fighting each other but also fighting for survival. Dinky Toys had been around since the 1930s, and almost singlehandedly created the diecast toy car industry, making millions of pounds of profit in the process for their manufacturer Meccano.

Then, in the 1950s, Lesney Products introduced its tiny Matchbox series, with true pocket-money prices that democratised toy vehicles away from the privileged and into the hands of working class children. Just a couple of years after that Corgi appeared as an ambitious upstart from the Mettoy company. In a market that was now getting crowded with choice, Corgi took an aggressive route, quickening the pace of innovation so that the millions of young customers could revel in interesting features – from opening doors and bonnets to realistic steering and even, in one car, an illuminated TV screen in the back to entertain VIP passengers as the car travelled through your imaginary roadscape.

The battle for supremacy was all consuming for the three companies, but in the 1950s and ‘60s all three boomed in a way the toy industry hadn’t seen since Victorian times. Their export revenues were epic, and Lesney and Mettoy joined the stock market in share offers that were wildly over-subscribed…

But back to the junior me, and the early 1970s. I was perhaps at the tail end of the generation who just enjoyed toy cars for their simple charms. Electronic toys, Star Wars, teen magazines, Action Man (Britain’s version of GI Joe) music cassettes and recording – all offered irresistible distractions from old-fashioned toys, hugely shortening the appeal of toy vehicles. And that was before the 1980s dawned with MTV, branded sportswear, video games and an explosion of TV tie-in merchandise. It wasn’t long before Dinky, Corgi and Matchbox had all swerved off the highway of childhood, crashing into a ravine of indifference as their makers went bust.
And it was at about this time that collecting these simple playthings, rather bizarrely, became an all-consuming adult passion rather than a childish fad. With many toy cars practically destroyed in enthusiastic play, grown-ups started to hunt for pristine survivors, and pay the accordingly spiralling prices to own them all over again. The arcana extended to seeking out the original packaging and accessories, and to a crowded annual calendar of specific collectors’ fairs, called swapmeets, catering to this growing army of hunters.

When I was in my early 20s, I realised my extensive collection gathered through various means over the last 15 years, held quite some value. This was fed by visits, in my lunch hour away from work, to an antiques emporium just off London’s Oxford Street, called Grays In The Mews, where I was transfixed by the brilliantly lit glass cases groaning with Corgi and Dinky models the like of which I had never been able to acquire – pristine pre-1960 examples complete with their original cardboard boxes, and price tags to make you weep. One of the specialist dealers was Colin Baddiel, father of comedian David Baddiel. He was friendly and knowledgeable, and liked to chat, but was paying the high rent for his stand there because, no doubt, there were plenty of monied collectors around the West End keen to sneak in and indulge themselves on rare gems that started as mere toys.

So I took a deep breath and sold my collection, making the proceeds the bedrock of my deposit for a flat a few years later. But if you’ve once been enchanted by and compelled to collect things like this, it’s hard to ever stop. If I’m at a flea market, a car boot sale, auction sale, or in a charity shop, and there are Matchbox or Dinky cars at a reasonable price and in good nick, temptation will get the better of me. Corners of bookshelves and other nooks and crannies of my office have started getting congested with shiny metal traffic all over again. It’s just the odd few quid here and there, nothing too fanatical, yet for a grown man, I know, it’s hard to believe.

I’ve written over 50 titles on cars and car culture, so the fact I’ve written a book around all of this as well may not surprise you. But there are already numerous books that cover, in fastidious detail, the blow-by-blow output of the three brands. I didn’t just want to produce another ‘guide’. What I’ve been keen to get at in this undertaking are the stories and the intriguing characters behind Dinky, Corgi and Matchbox, and what drove them to produce the galaxy of diecast metal models that filled not just my childhood but that of millions of other boys (mostly, I’d say) down through the decades.

There is just so much history to unpack. I’ve done my level best to take readers right behind the scenes of enterprises that were as proud of their modelling skills as they were of the ability to organise huge labour forces to manufacture and assemble the vast quantities of tiny cars, trucks, tractors and buses they turned out. The products have been pored over by experts and investors for years, of course, but the processes and people are hardly known at all. Only the children of the ladies who made the factories in Hackney, Liverpool and Swansea hum with activity, for example, would have realised every British toy car a kid ever held in his sweaty palm was hand built by someone else’s mum, sister, aunt or even granny.

Dinky Toys were originally little more than decorative objects for model railway layouts, before taking on a life of their own. The impetus for Matchbox came from three demobbed chancers, a derelict pub, and some decidedly unscientific market research in the school gates. Corgi, meanwhile, arrived as the classic ‘disruptor’ of a growing market, and cannily exploited the power of the big and small screen to elbow its rivals aside with design boldness. And who would have thought that the glamour and horsepower of California’s hot-rod scene in the late 1960s could have turned the British toy car business upside down at the peak of its founders’ powers?

It is, as I discovered, one heck of a saga. I’ve been fortunate to track down several of the people who were in the thick of it all, most of whom had never been interviewed before about their roles, and to access information and documents that add background context – the real-world finance and business organisation that never troubled those with their noses pressed up against the toyshop window – to mix in with many memories of the classic models themselves. And, of course, the sad and complicated demise of all three as the 1980s arrived is also unravelled, tinged with sadness as it undoubtedly is.

All I can hope is that if you loved these fantastic little objects as much as I did, simple toys that often sparked a major enthusiasm for a love of cars in later life, then you’ll enjoy a deep dive into the tangled tales behind them. 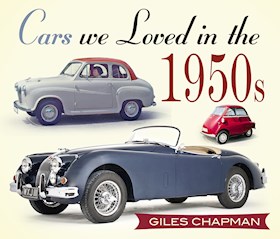 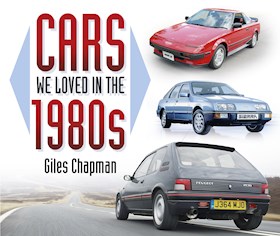 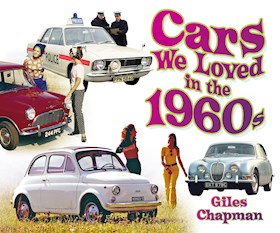 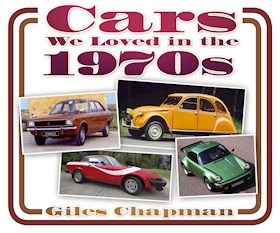 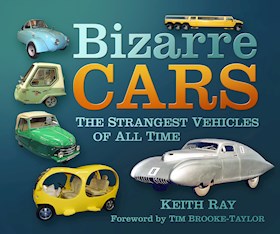