The Reliant Robin and nine other great British three-wheelers

The Reliant Robin is one of the most famous three-wheelers of all time, but there are also at least nine other British-made three-wheelers you should know about.

The Reliant Robin is undoubtedly one of the most famous three-wheelers of all time, and in Britain it’s a motoring icon that found some 63,000 happy buyers over its long life. There were, though, plenty of ups and downs in its career on the country’s roads, all of which are recalled in Giles Chapman’s new book The Reliant Robin: Britain’s Most Bizarre Car. You’ll laugh, you’ll cry, and you’ll probably – secretly – want one! 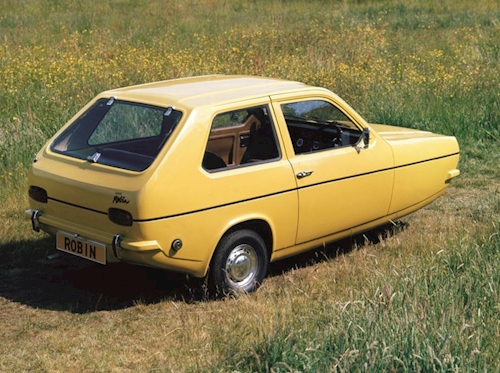 Certainly the most exciting three-wheeled car you buy today is made by Morgan. Its endearingly entitled 3 Wheeler is a modern-day rendition of the sporty little trikes with which the sports car maker opened for business in 1910. The American-made V-twin cylinder engine is, like the Robin’s motor, at the front, but the Morgan has its single wheel at the back in its tapered tail. 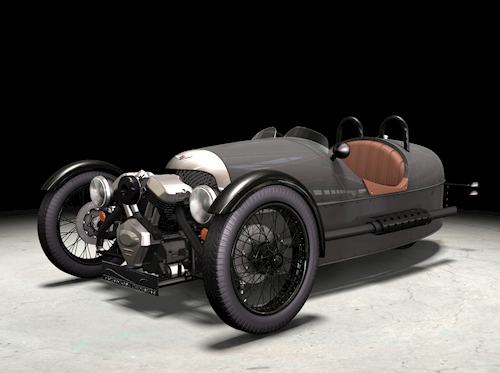 Motorbikes offer great exhilaration but they are a bit limiting; you can take an extra passenger, just as long as they are prepared to hold tightly on to you. One solution is to fit a sidecar to turn the bike into a ‘combination’ with one or two additional seats, and one of the most famous names in sidecars is Britain’s own Watsonian. It’s been going since 1912. There’s a range of sleek and versatile models, most of which don’t look dissimilar to the one that everybody knows from the Wallace & Gromit films. 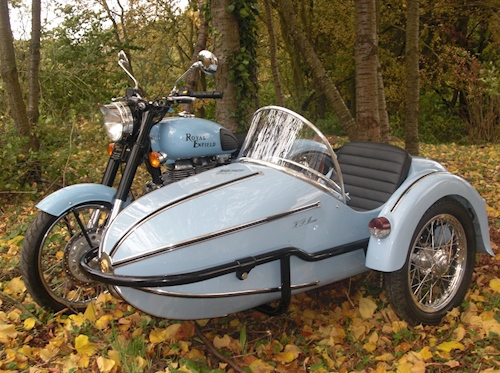 Three-wheelers have never got any groovier than the wedge-shaped Bond Bug. It shares its unseen chassis and mechanical parts with Reliant cars but that’s where the similarity ends. Only available in bright orange with black decals, the 1970s Bug was aimed at teenage drivers. It had two, racy bucket seats and instead of doors there was a lift-up canopy that took the roof and the windscreen with it as it rose on its single gas strut. Cool though it was, less than 2500 were sold, and today it is a highly collectable classic.

For a time, the Reliant Robin name became mud, after the car was involved in a safety scandal that meant its steering could suddenly stop functioning. So Reliant picked the name of dilapidated cinemas across Britain, 'Rialto' for its replacement. It looked much more modern, with an aerodynamic nose and bigger windows but, underneath, it was the same car (and the steering problem was fixed). But Robins are irrepressible, and by 1990 pressure from customers saw the Robin name return and the Rialto – like the local fleapits – slowly fade away. 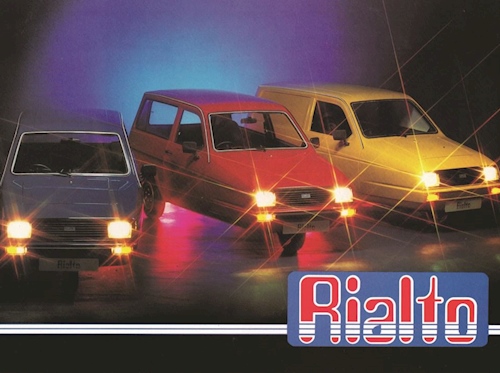 Bet you didn’t know that BMW started making cars in the UK in 1957? It’s true: in 1957 Isetta of Great Britain Ltd, working with BMW, started making the little Isetta microcar for right-hand drive markets. For a factory, they took over an old locomotive works in Brighton, and amusingly the plant was only accessible by rail, by which transport method all components went in and all finished cars came out. The Isetta was actually a four-wheeler, with its rear two set closely together, so a special three-wheeled version had to be specially designed for the UK, so it could take advantage of low tax rates as a motorised tricycle. 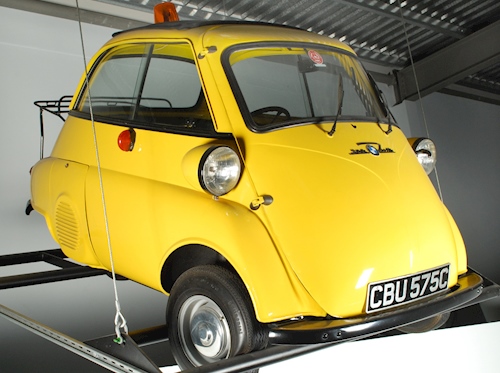 There were lots of small-scale British attempts to build three-wheeled economy cars in the 1950s, and the Powerdrive was one of the most interesting. Launched in 1955, the little roadster with three-abreast seating should have been perfect to cash in on the fuel squeeze caused by the Suez Crisis a year later. However, as it cost only £1 less than a £413 Ford Popular, which had a proper four-cylinder engine rather than the Powerdrive’s Anzani twin-cylinder motorbike power unit – and had that vital extra wheel – it never really took off.

BBC2’s Top Gear made an unlikely star of the Peel P50 when they drove it around the inside of the BBC’s offices for one of their most memorable shows. This incredible device, with its single seat positioned above its 49cc moped engine, has several accolades to its daft name. It is the shortest car ever built, at 137cm, and also the only make of car ever to hail from the Isle of Man. In 2007, when the car became a Top Gear star, it led to the P50 being reintroduced, such was its cuteness. 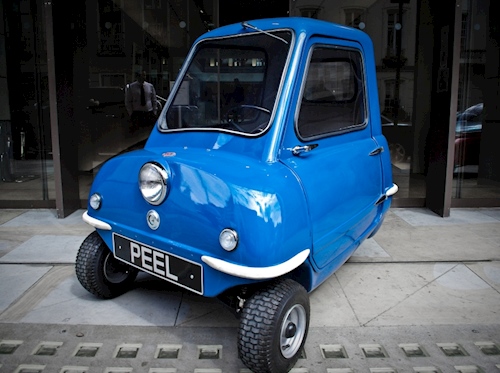 AC is another great British sports car make which, like Morgan, began by making three-wheelers. Its original contraption was called the AC Sociable. In the austerity-laden 1950s, it decided to return to three-wheelers, for economy reasons, with its Petite. It was a bit like the contemporary Reliant Regal, only the Petite’s noisy, single-cylinder two-stroke engine was in the back, where it was linked to a four-speed gearbox. As its three wheels are concealed inside its aluminium body, it looked a bit like a mobile shoebox, but it actually sold quite well between 1952 and ’58. 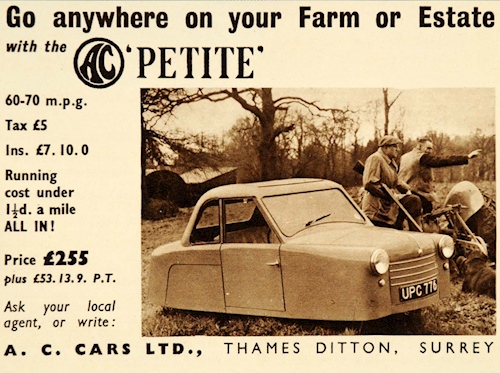 Ad for the AC Petite

The Scammell Scarab used to be a common sight all over Britain, and especially in British Railways’ good yards, where the three-wheeled cab towing a detachable trailer was designed to get small freight cargos to their final destination from the local station. They were built in Watford between 1948 and 1967. With its pointed nose, it actually looked like some gigantic, scuttling beetle, but was still a useful link in your country’s transport infrastructure. 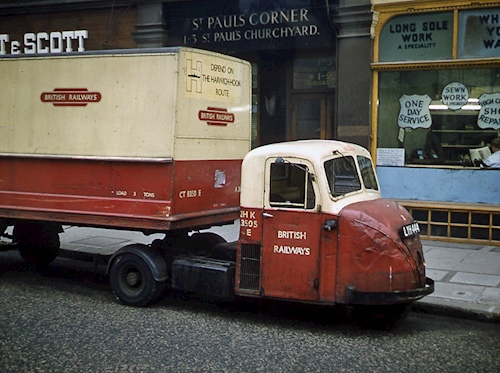 Find out more about the history of motoring