The history of Gloucester

Someone visiting Gloucester today will see an active, complex city, a mix of old and new. It is a vibrant place full of people living their lives. But it is also one of the most important and complicated archaeological sites in the southwest of England and a fulcrum on which the history of England has often turned.

Of course, other cities and sites in the southwest are particularly important for an age or time. Stonehenge certainly, or the Neolithic long barrows of the Cotswolds, or the Iron Age Maiden Castle in Dorset. Roman Cirencester is comparable, as are the Saxon ‘burhs’ or forts of Wessex. Medieval Bristol or Salisbury may just outstrip Gloucester in wealth and importance. But the city’s contribution during the Civil War is unmatched and its industrial development afterwards eclipsed only by Bristol.

The difference, of course, is that Gloucester does not represent a paragon of a single period of history. It’s an important place throughout recorded history and before. From its foundations as a Roman fort (possibly mentioned by Tacitus in ‘The Annals’), through to the present day, Gloucester contains a series of nationally and internationally important archaeological sites layered on top of each other – intercutting, reacting and growing. From Roman Fortress to Colonia, from middle Saxon trading site to Mercian capital. From medieval royal town to Parliamentarian strongpoint. From sleepy administrative centre to industrial powerhouse, Gloucester’s history is in many ways, the history of England. But, like every busy urban centre in the last fifty years, it’s a history that has suffered.

Time and again, in the 1960s and 70s, choices have been made that have caused the destruction of so much of Gloucester’s precious legacy. Her historic buildings torn down – her archaeological secrets ripped up and cast aside. Of course, many people worked hard to save what they could. For example, in 1966, before the creation of the Eastgate Market, archaeologists and volunteers undertook one of Gloucester’s first major rescue excavations. They found hugely important archaeological remains, including fragments of beautiful mosaics. 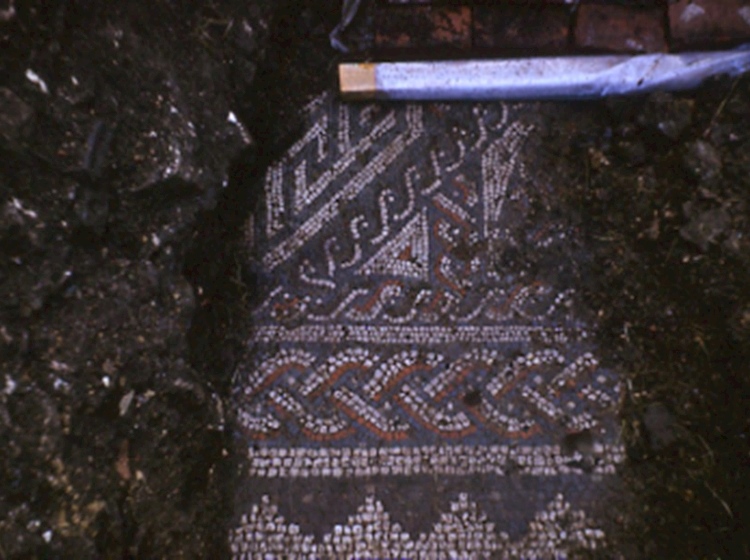 Parts of mosaics found on the site in 1966, now sadly lost to us 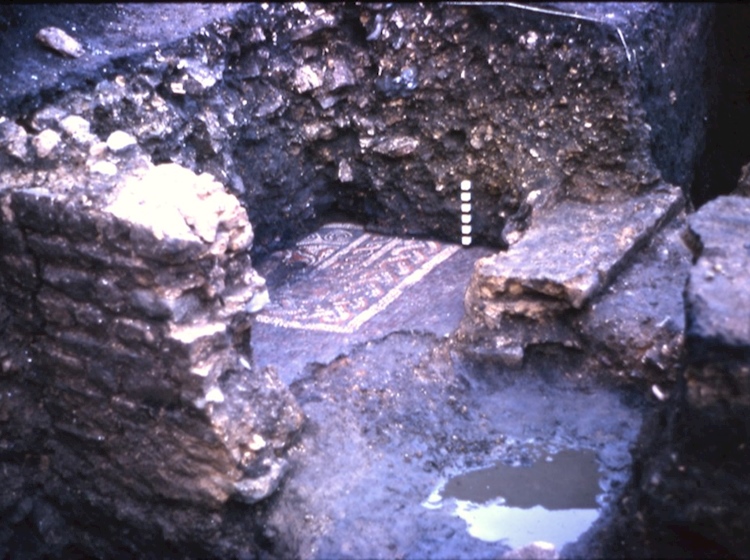 They recorded and saved what they could, doing a fantastic job under the circumstances. Today, if remains like this were found they would either be left alone or would be afforded pride of place in the Museum of Gloucester.

The same pattern was to be repeated over the course of the 1970s and 80s. Brilliant work was done by dedicated people, but with no powers or support from the planning system. By the late 1980’s the city had established its own archaeological unit. A great example of their important work was the excavation of the early Roman waterfront structures at Upper Quay street in 1989. 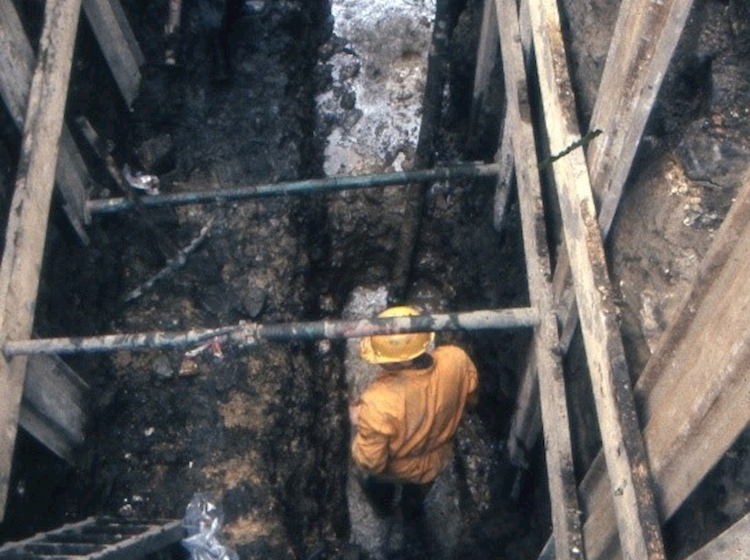 Excavations on Upper Quay Street in 1989 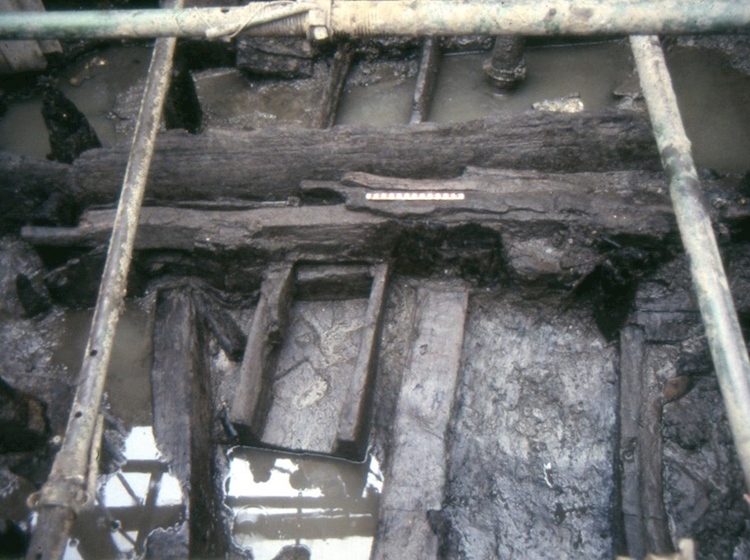 This was a hugely important excavation – the timber structures were probably situated within an inlet of the Severn and the site served the early Roman fortress as a small quay. But because these works were done before archaeology was protected as part of the planning process, the funding wasn’t available to finish the post-excavation work or publish the site (happily this was completed last year). But the general story, until the late 1990’s, is of archaeological work being undertaken as a rescue project in response to new development. Now, whilst some of this has been done really very well, much remains unfinished, awaiting publication and is therefore unknown to the public at large.

Over the last 40 years Phil Moss has produced a wonderful array of well researched and beautifully produced reconstruction drawings and paintings of what Gloucester may have looked like in the past. This body of work provides a brilliant resource for someone seeking to understand this fascinating, complicated city. 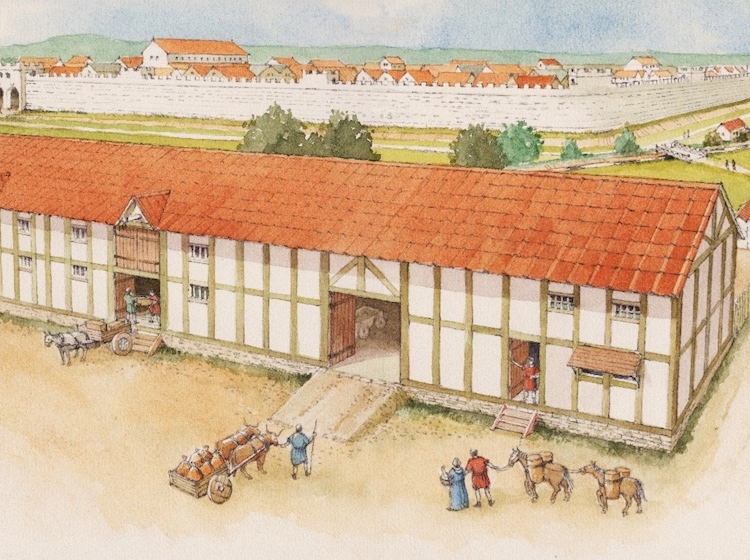 The aim, when writing the book Gloucester: Recreating the Past was firstly to use the artwork of Phil Moss help tell the story of this city. Secondly it was to help people comprehend, and therefore value, the unique heritage of this place, and finally, it was to warn people what happens when these things are not protected. If this book can help the people of Gloucester learn more about their city’s history and value that history, then it will have been worth the effort.