So far as denials went, the statement made by former Scotland Yard Assistant Commissioner Ernest Millen, CBE, could not have been clearer. Shortly after The Sun newspaper published a series of revelations by fugitive train robber Ronnie Biggs in April 1970, he told the media that, ‘As far as Biggs’s claim that four members of the robbery gang are still free men, this is sheer bunkum.’

Millen, who was Head of the Flying Squad when the train robbery took place on 8 August 1963 and was promoted to assume responsibility for the entire Criminal Investigation Department two months later, had been at the very epicentre of the investigation. His rebuttal of The Sun’s exclusive was widely believed in the UK and around the world, resulting in much doubt being cast on Biggs’ account, which many saw as a fabricated and sensationalized story aimed at pocketing tabloid cash. However, by 2013, 25 years after Millen’s death, many of the official train robbery records were now at last declassified and revealed for the first time that Biggs had been telling the truth all along. In fact, unbeknown to the British public, the suspicion that there were a number of individuals who had indeed slipped through the net, had begun to dawn on the Home Secretary as early as 1973. 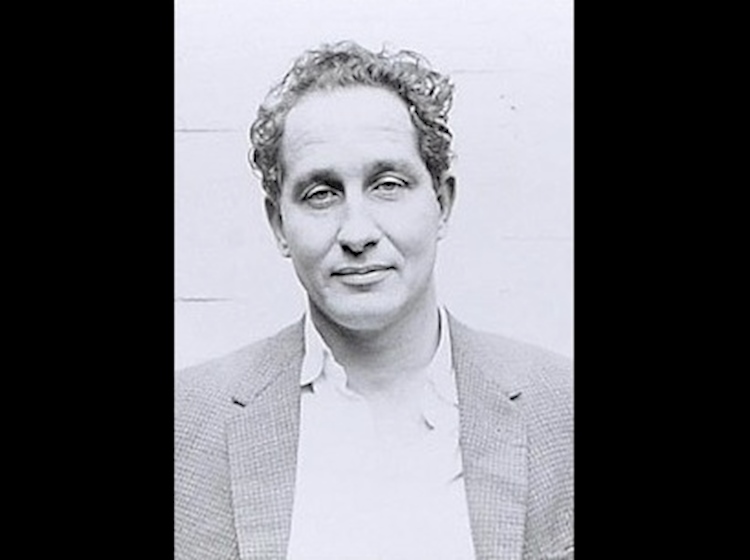 Mugshot of Ronnie Biggs in the 1960s by Buckingham Constabulary

It was at this point that the ‘new broom’ Police Commissioner, Sir Robert Mark, and his crusade to weed out corruption at the Yard reached its zenith. Mark had, immediately on his appointment, created A10, a new specialist unit to investigate police corruption, particularly in C.I.D. This resulted in nearly 500 officers being dismissed or forced to resign. While A10 was primarily concerned with investigating the swarm of current cases being flagged up, they were equally keen to investigate ‘cold cases’ where contemporary enquiries might be linked to past examples of corruption or miscarriages of justice. By the mid-70s deeper questions were being asked by A10 as a result of several cases involving a number of high-profile criminals who appeared to have been able, in the not-too-distant past, to effectively buy themselves out of trouble.

By total coincidence, at the very same time, Britain’s foreign intelligence service MI6 were picking up word of significant financial transactions taking place in Switzerland. A number of international players were believed to be involved, several of whom were from behind the ‘Iron Curtain’. Several London properties were also apparently linked to the group. Due to the fact that a number of individuals in the frame were either London based, or regularly passing through London, the Security Service (MI5), also became involved.

It wasn’t long before the Metropolitan Police picked up on suspicious goings-on at one of the addresses in East London, and an operation was launched by the Serious Crime Squad, which would eventually lead to the covert observation of numerous individuals and locations. One night in July 1976, during an observation in Westbourne Gardens, the police investigation took an unexpected twist.

Westbourne Gardens, like so many other Georgian streets just west of Marble Arch had a vaguely Italianate elegance about it, or at least it had at one time. By the mid-1970s its white, cake-icing stucco houses had seen better days. Vere Court, at number 8, though had no such pedigree, being a characterless, four story 1930s apartment building at the junction with Porchester Road. The flat under observation was on the third floor of Vere Court. Not a lot seemed to be happening there; in fact, there was no indication that anyone was even at home. However, as the evening wore on, the Serious Crime Squad observation team began to get a sixth sense that they were not alone in observing Vere Court. A couple of suspicious individuals in the vicinity were eventually challenged. Their explanation was neither satisfactory nor convincing and a huge row developed. The other party eventually produced identification to show that they were from MI5. As a result of this unintentional blowing of each other’s cover, senior officers at Scotland Yard and the Security Service briefly conferred and the two operations, from there on in, ensured that they did not tread on each other’s toes.

By the end of the Serious Crime Squad’s observation operation, some two thousand photographs had been taken. Finally, once C11 (Scotland Yard’s intelligence section) and senior officers were sure that they had all the names in the frame they needed, word was given to begin the mass arrest of suspects. Shortly after dawn on Friday, 13 August 1976, over 100 police officers assembled in the gymnasium at Limehouse Police Station for a short notice operational briefing. All available members of the Serious Crime Squad were present – numbers were further swelled by calling in officers from other C.I.D. departments at the Yard, as well as members of the Special Patrol Group. Of those arrested, twelve men and two women were eventually charged.

With the suspects in custody, interviews under caution could now begin. More detailed investigations and new lines of enquiry would no doubt follow, not just in the U.K, but also in a host of other countries where the tentacles of this international fraud had extended. Already it was becoming clear that this could well be one of the biggest international frauds ever.

There were a number of senior officers at Scotland Yard who felt that due to the complexity of the case, presenting evidence to the Director of Public Prosecutions to put before a jury could well take some time. They were to be proven correct – many of those arrested on 13 August 1976 were to spend the best part of two years in custody on remand. Every journey though begins with a first step, and to the Metropolitan Police and the other agencies at home and abroad with an interest in the case, the initial focus rested on those who appeared to be at the centre of the web – Billy Ambrose and Henry Oberlander.

The pen picture of Billy Ambrose provided by the Yard’s files was nothing if not illuminating.  Within days of the mail train robbery in August 1963, Detective Chief Superintendent Tommy Butler was receiving names from informants of those suspected of taking part. On 16 August 1963, he wrote out a composite list of 18 names. The sixteenth name on that list was Billy Ambrose. For reasons not alluded to in the files, his name was removed from the active suspect list around October 1963. Had Butler good reason to remove his name? We cannot be sure, due to the lack of paperwork. Perhaps it was the case, as Ambrose loudly protested when arrested on 13 August 1976, that his wealth came not from crime but from the engineering and bookmaking businesses he ran? Had Butler been right to eliminate Ambrose from the train robbery investigation at such an early stage, or was there more to Billy Ambrose than met the eye?

Whatever else might be subject to speculation at this point, one thing was blindingly obvious – Billy Ambrose was a man of exceptional ability and fortitude, as the pages in his file made abundantly clear.

The son of professional boxer, Billy Ambrose senior, Billy junior followed in his father’s footsteps in 1948, boxing professionally, first as a welterweight, and then at middleweight. In 36 fights he won 31 times, 14 by knockout. According to the press cuttings of the day, that found their way into his file, he was well on the way to a title shot against British Middleweight Champion Randolph Turpin, when his boxing prospects came to an unexpected halt. His boxing license was suspended in 1952 as the result of him being fined £50 for receiving stolen ham and cigarettes. On 3 March 1953, he was found guilty of robbery with violence at the Conway Stewart Pen Company in Stepney and received a five-year jail sentence. This was effectively the end of his boxing career. On 16 February 1954, it was recorded that Ambrose had escaped from the hospital wing of Wormwood Scrubs prison but had been recaptured soon after. He served out the rest of his sentence behind the high granite walls of the desolate and somewhat more foreboding Dartmoor Prison in Devon.

When he was released, he returned to London and opened a drinking club which operated from two floors of a property in Duval Street, off the Commercial Road in Spitalfields. According to the C11, ‘the Pen Club was owned by Ambrose and Jeremiah Callaghan, although, ‘Mrs. Frances Sadler held the license and fronted the club’.

In March 1961, Ambrose acquired the Barley Mow pub, off Whitechapel Road, not far from the Blind Beggar. However, on 17 April 1961, he was refused a drinks license by local magistrates. His wife Elizabeth therefore became the publican and license holder. As the 1960s progressed, Billy Ambrose prospered, venturing into a bookmaking business and an interest in a local engineering firm. 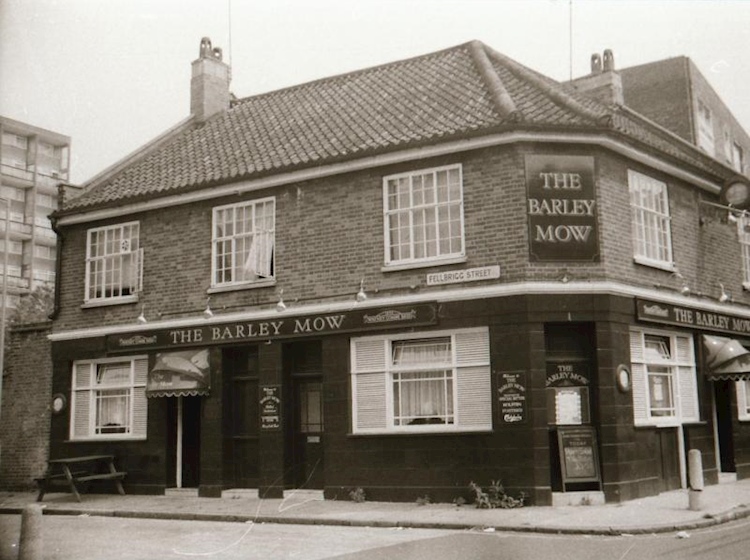 A decade later, Scotland Yard and MI5 pondered on his good fortune. There had been a few rumours in the East End that his business success had been founded on proceeds from the Great Train Robbery, or if not, perhaps on other criminal enterprises dating back to the previous decade. It might equally be the case that he was simply a self-made man who had worked hard but had unwittingly, of late, been rubbing shoulders with the wrong type of people while going about his legitimate international engineering business.

Was Ambrose one of the men who got away with the train robbery or was he just in the wrong place at the wrong time in 1975? C11 would endeavour to find out, and in so doing, would review all the files held on Ambrose and countless others. If it turned out that Ambrose had no connection or involvement in the train robbery, it was now abundantly clear that several individuals had indeed slipped through the net, and the key questions were not only how and why, but who in fact were the men who had slipped away while 12 others received 30-year sentences? A10 were also keen to discover if any of this was linked to police corruption. Together they would work on one of the UKs first major-crime cold cases.