The final days of Henry VIII

As the power brokers of the next reign span their webs and hovered solicitously in the background, Henry VIII’s ailing body had deteriorated steadily throughout January 1547. Some thirty-eight years earlier, he had ascended the throne of England, the epitome of health and vitality, with ‘hair plenty and red’ and with ‘pulse great and full, digestion perfect, anger short, sweat abundant’.

Now, however, his former vigour had finally deserted him and neither the constant examination of his stools and sputum, nor the continual letting of his blood in accordance with the waxing and waning of the moon could save him. Indeed, between August and December the medical expenses of the privy chamber had increased more than fivefold, and by the night of 27 January the end was imminent. The only remaining priority, therefore, was to fetch the cleric whom Henry knew and loved best, and as the king was overcome by a final paralysing weakness, Thomas Cranmer rode at breakneck speed from Croydon in the small hours of a bitter night when the rivers across Europe were frozen hard.

The scene that greeted the archbishop upon his breathless arrival is a matter of some conjecture, but the resonances of the past were unlikely to have gone entirely unnoticed by him. All around at Whitehall were keen reminders of those who had died infamously at his master’s behest. Down the years, countless items ‘from sundry persons attainted’ had been delivered to the Crown’s receivers for them to distribute as they saw fit and much that had been confiscated from the estates of ‘traitors’ had found its way to the palace where King Henry now lay. Among the furnishings arranged so painstakingly by Catherine Howard were Nicholas Carew’s former bedcoverings of purple velvet, embroidered cushions once belonging to Lord Montague and further bedchamber goods snatched from the estate of Edward Neville. All kinds of ornaments that had once been Wolsey’s, many of them still bearing his arms, were also everywhere to be seen.

Around about, too, were hushed voices of the kind that had once stirred the king to frenzy but could now no longer touch him. The death of a sovereign was, after all, a public spectacle and since Henry’s will was unlikely to have been finalised until the evening of his death, its eleven witnesses, which included the ever-present lutenist, Patrec, may well have been in attendance to watch him die. Doubtless, all the unmistakable tokens of mortal sickness will also have been evident: the oppressive aroma of grey amber and musk to smother the stench of physical decay, the shadowy gloom created by the window tapestries, which were tightly drawn to bar the invasive damp, and the stifling fug generated by the great wood fire that was fed continually to eliminate all ‘evil vapours’. Surely, too, the king’s physicians were still fussing vainly, with their potions and plasters, their ointments and decoctions, awaiting what they knew must surely come before the rising of another sun.

Concerning the actual manner of the Henry’s passing, however, there is rather more doubt, for the chroniclers, predictably, were keen to spin his final moments with posterity in mind. And while most accounts of Henry’s final moments are tinged with triumphal Protestant undertones or tainted by the heavy odour of sanctity, so his legacy – more than five centuries later – continues to be subtly sanitised and rehabilitated. Now, indeed, we are far less likely to hear of a sordid despot who, in the words of the Elizabethan commentator, Sir Robert Naunton, had spared neither man in his anger nor woman in his lust, than of a seemingly ‘great’ ruler who, amongst his various achievements, strengthened both England’s international prestige and the authority of Parliament. Does such a sea change betoken the welcome triumph of ‘objective historiography’ or, more worryingly, is it indicative of the modern tendency to downgrade historical narrative in favour of purportedly more ‘analytical’ approaches, which effectively sideline the sufferings of individuals and fight shy of glaringly valid moral judgements? Even more worryingly, perhaps, is this perspective the result of a plain and inexplicable misinterpretation of the obvious, i.e. that Henry VIII signally failed in all his key priorities and left a poisonous legacy to the son and heir that he had striven for so wilfully and at such a cost to others? 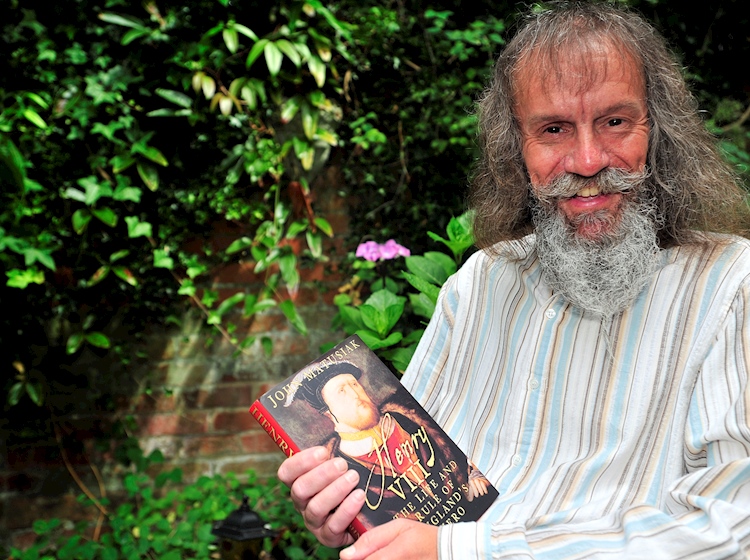