The call of the water: Life on Britain’s rivers and canals

Since being born on a Thames houseboat many moons ago the river has cast a spell across my soul; its soft lappings, its secret islets, its wildly changing moods – reckless and brave one minute, mournful and dissipated the next. My new book, Water Gypsies, is inspired of course by this childhood, but it is not a memoir. It is a social history of life on Britain’s waterways from ancient times to the present day, reaching far beyond the personal to a wider chronicling of a unique seam of social history.

If life on Britain’s rivers and canals could be marshalled beneath two simple headings, it would be work and play. Rivers have often invoked a dream state for poets and writers. For Kenneth Grahame in Wind in the Willows the Thames was a living thing that ‘chattered on to him, a babbling procession of the best stories in the world, sent from the heart of the earth to be told at last to the insatiable sea’. The poet Shelley in 1817 wrote an entire epic work, Laon and Cythna, whilst drifting in a boat beneath the overhanging willows of Bisham near Great Marlow. Jerome K. Jerome’s bestselling Three Men in a Boat (also written in Marlow) is perhaps the ultimate ‘getting away from it all’ novel, and it is to the river that he and his companions, weighed down with late nineteenth-century civilisation, flee in order to satiate their longing for escape. Is it this dream state, this liberation from the trammels of ordinary consciousness, that people seek when they choose to leave the land behind and live on the water? Or perhaps it is a quest to answer a deep ancestral call, to reawaken buried instincts: somewhere far inside the soul of an accountant a voice pleads ‘you must abandon these dry figures, and go off to sail, drift and fish’ – and the price of not heeding that voice is to suffer at best a restless discontent, at worst a spiritual death.

The author aboard ‘Moby Dick’ at Chelsea Reach, London

Whatever has impelled people to leave behind ‘ordinary life’ and take to the water, the history of the houseboat is an evolution from necessity to choice, and tracing its line all the way from the fisherfolk of ancient times to the bohemian artists and writers of post-war England and beyond, to the current wave of some 30,000 liveaboards, is to delineate a unique and fascinating seam of British history. In almost every history book, living and working afloat achieves at most only a passing mention, despite being an important part of British life for centuries. There are numerous works on the history of canals and rivers, yet most focus exclusively on the economic and industrial dimension; none tell the complete social history of the life and lore of those hundreds of thousands of Britons who over the past two millennia and beyond have spent their lives adrift.

Water Gypsies attempts to fill that gap. Its aim is to chronicle a way of life dating back to prehistory. From the trading vessel where a sailor or merchant might live for weeks aboard his craft, to the generations of canal bargees plying their narrowboats along the industrial arteries of the nation for centuries until the railway – and later road haulage – signalled their decline, to the post-war baby boomers of the 1950s seeking a different lifestyle to that of orthodox mainstream society, and contemporary families searching for a more economic form of home-owning when house prices are challenging a whole new generation, the story of houseboat dwelling on the waterways of Britain is a rich and varied one, containing as many twists and turns as the riverways they have chosen to make their home.

Research for the book has taken me into many secret corners of these islands, from the sacred source of the Thames in a meadow in Gloucestershire to the floating homes of Britain’s oldest boat-people. I’ve spoken to ancient river-folk still plying their trade, whose memories reach back to the Blitz and beyond. In its twisting chapters I catalogue the myriad curiosities of river and canal-life, from the fishers for bodies in the nineteenth century to the dark days of the 1940’s when houseboats formed a River Defence Force, a floating Dad’s Army. I mine the diaries and memoirs of water-folk from the time when wolves roamed the banks of the River Trent to the coal-caked bargees of the Grand Union, from the dandified striped-blazered pleasure-boaters of the intoxicating 1890’s to the beat poets strumming guitars on houseboats in London SW10.

And yet for all these changes across the centuries, one vital thing has not altered, and that is the social diversity of the occupants; indeed, the one thing they have in common is the impulse and desire to live afloat. It is an impulse borne from the need to live a different kind of life, away from mainstream society. Boat living attracts people from all sorts of backgrounds, rich, poor, the ambitious and the wastrel, the artist and the inventor. It is the desire to occupy a place outside the stream of normal belonging, where one wakes not to the sound of car horns or refuse lorries but to the whisper of the river, the song of the wind through the trees on the banks, the chatter of waterfowl. It is a perennial impulse that drives people to keep one foot firmly in nature, in a little bit of wilderness, as an antidote to the sometimes stifling effects of a suffocating modernity. 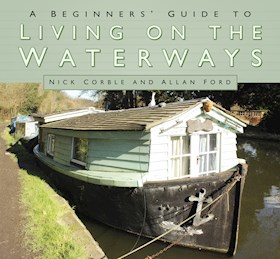 A Beginners' Guide to Living on the Waterways 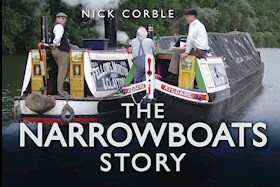