Where is the Black Country?

The Black Country is a region within the West Midlands, although the exact area has always been a subject of contention. Having no officially defined borders, over time the area has been defined by numerous means including the people, dialect, geology, culture and industry. Some traditionalists define it as ‘the area where the coal seam comes to the surface’ - Britain’s thickest and richest seam of coal - so this extends to towns such as Wednesbury, Darlaston, Wednesfield, Bilston, Coseley, Tipton, Dudley, Brierley Hill and Halesowen, as well as nearby smaller townships and parts of West Bromwich, Oldbury and Smethwick. Others claim that it is anywhere within a five-mile radius of Dudley Castle, or within ‘an hour’s weary trudge’ of Dudley. Today it commonly refers to the majority of the four Metropolitan Boroughs of Dudley, Sandwell, Walsall and Wolverhampton. One thing is for sure, though; it definitely does not include Birmingham.

Why is it called the Black Country?

There are several reasons explaining how the area got its name, the most common being from its industrial heritage. It is said that the Black Country got its name in the mid-nineteenth century from the intense coal and iron production in the area. After the industrial revolution it became one of the most industrialised regions in Britain with coal mines, coking, iron foundries, glassworks, brickworks and steel mills producing high levels of smoke and soot. The name is also linked to the South Staffordshire coal seam, as it comes to the surface in this area and is said to make the soil black.

Black Country Day is officially celebrated every 14 July, a date that was chosen to mark the region’s industrial heritage, as it is the anniversary of the invention of the world’s first steam engine, the Newcomen Engine, built in 1712 at the Conygree Coalworks near Dudley.

Learn more about the West Midlands 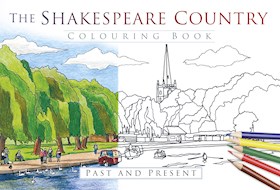