Visit Herefordshire today and you’ll wonder at its slow pace of life, its olde worlde charm. But beneath this naïve veneer thrums a shameless history of lust, murder and greed.

Take Sweyn, King Harold’s brother who, in c. 1046, abducted Leominster Nunnery’s Abbess Edgiva. Together they caused a stir like few others, eloping seemingly for a life of pleasure. Eight centuries later, Reverend Rees predictably lamented the ‘fallen’ woman’s part in the licentious drama: ‘Even the beautiful and venerable abbess…forgetful of the duties of her station, yielded to the soft impressions of the tender passion, sacrificed her fame, her honour, and her vows, upon the altar of illicit love, and exhibited one more instance of the weakness and imbecility of female resolution.’ 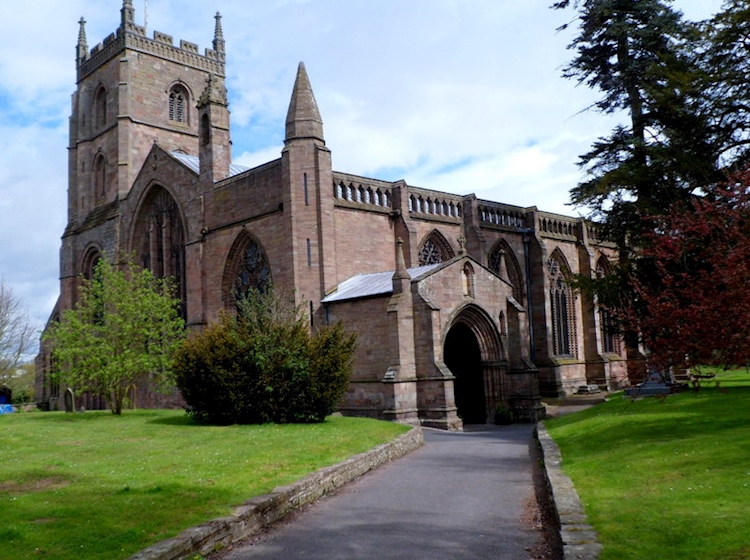 Priory Church of St Peter and Paul, Leominster. Thought to be on the site of the former Leominster Nunnery

The Marcher Lords collectively angered their critics and ignited their wars, with a self-serving power and racist oppression. Established en force by 1066, they grew ever stronger after Edward conquered the Welsh. Now in control of these borderland regions, they grabbed as much land as they could, controlled trade, people and wealth, threw up castles and fortified manors on the sweat of ‘their subjects’, and ensured royal favour when it suited, baronial power when it did not. During the 15th century troubles, they even joined Glyndŵr the Welsh ‘thorn’ in his fight with Henry IV. Somehow unchanged, they survived until Henry VII, the first Tudor monarch, finally ran out of patience and clipped their arrogant wings. The year was 1502, and the new Council that followed proved in many ways worse, before that too was curtailed just three decades later.

What about Thomas “Black” Vaughan of Hergest, allegedly so cruel that he still haunts the area with his fierce black hound, the inspiration of Conan Doyle’s Baskerville story? A ruthless soldier, it is his post-mortem behaviour that confers his reputation for fear. Along with his resolute wife, Ellen Gethin (‘the Terrible’), they grabbed life and their enemies by the scruff of the neck and shook them violently until what they desired fell into their hands. Inevitably perhaps, Thomas died violently on the battlefield at Banbury, during the Wars of the Roses, in 1469. But only long after Ellen had slaughtered the man who had murdered her brother, adopting the guise of a man before shooting an arrow through his hideous heart. That he was her cousin meant nothing. Thus in an age of debatable morals, she was subsequently courted by men aroused by her act, and it was perhaps fitting that she should marry Thomas 'Black' Vaughan, the pair to this day holding the people in fear. 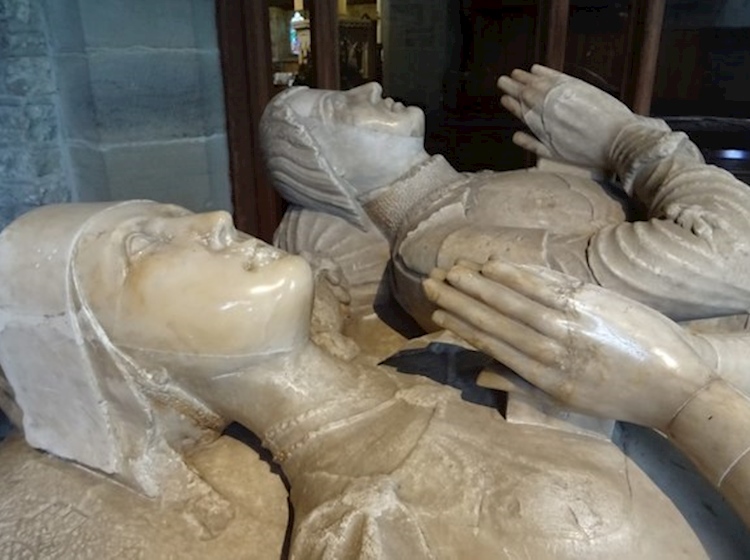 The tomb of Thomas and Ellen Vaughan in St. Mary's Church, Kington

Then there’s Colonel John Birch, the hero of many yet the villain of more. Or was that the other way round? In the English Civil War, Herefordshire was ostensibly a Royalist county and Birch the politician – he served as a Member of Parliament – was whatever he decided his future demanded. In 1645, he led the successful assault on Hereford, wreaking havoc and misery before gaining the city for the Cromwellian cause. The next year, he pulverised Goodrich Castle, a Royalist stronghold, using ‘Roaring Meg’, his indestructible mortar, still on show at the castle today. Yet when Charles II regained the throne, Birch saw wisdom in the old institution and manoeuvred himself nearer the king. Of course, land, power, life even, were his filthy rewards. After he died in 1691, his monumental inscription in Weobley church drew evermore disagreement. Praising his part in overthrowing the king (Charles I), today he remains a hero to many, a villain to more. Or is it the other way round?

Now, talking of shameless, Eleanor ‘Nell’ Gwyn(ne). The 17th century orange seller-cum-actress-cum-king’s mistress, was one all Herefordians should hold dear to their hearts. Born in Pipe Well Lane (now Gwynne Street), she left her family of brewers and churchmen for the spice of Covent Garden, where she served drinks in a brothel and so-say learnt the ways of the flesh. She certainly sold oranges at the Theatre Royal, Drury Lane, where she fell into acting and soon caught the attention of the diarist Samuel Pepys but then Charles II himself. Her influence over the besotted, fun-loving monarch apparently drew favour to her old Hereford home. Coningsby Hospital (whose red coats are said to have inspired her other great vision, The Royal Hospital at Chelsea and the ‘Chelsea Pensioners’) remained close to her heart, and James Beauclerk, the son of the son she begat with the king, became the city’s bishop in 1746. 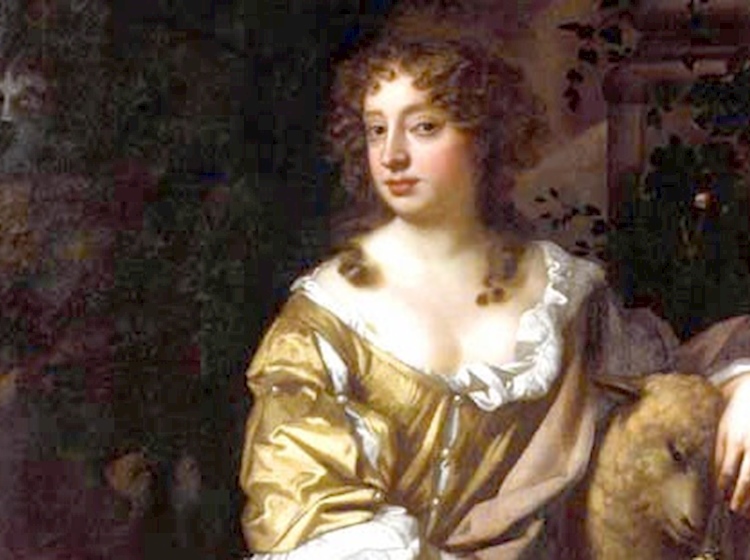 Nell Gwynne, thought to have been born in Herefordshire although details of her birth and early life are scarce

Even artists and sculptors got in on the act. Take the Romanesque carvings on Hereford Cathedral’s north porch - you’ll have to look for it! Or the even cruder creation amidst the beams of All Saints church-café, seemingly an erm rigid sleight against the sculptor’s masters. Then there’s Kilpeck Church, a remarkable if at times eye-popping collection of Norman-style figures. And the ‘well-endowed and I’m not ashamed of it’ mistress carved on Grange Court, Leominster’s old market house, still resplendent in the park of that name.

And finally here, there’s William Haywood, the last man hanged at Hereford Gaol. After murdering his wife, he wheeled her body in a barrow to Lucton’s Pokehouse Wood Quarry. Of course he was seen, arrested and executed inside Hereford Gaol on 15 December 1903. Only later was his true madness acknowledged, a former inmate of the local lunatic asylum.

Herefordshire holds a proud place in the country, geographically, politically and above all in its people. Yet like elsewhere in the world, it has known its less savoury characters - the troubled, troublesome, naughty and rude. All were shamelessly real. And each had a juicy story to tell.

A Grim Almanac of Herefordshire

Ledbury Past and Present