When RMS Mauretania first set sail on 16 November 1907 from Liverpool to New York, she was the Cunard company’s most luxurious ocean liner. She was also the largest and fastest ship in the world at the time. Of course, First Class passengers travelled in style but there had been major improvements to the quality of Third-Class accommodation, too.

Professionally designed interiors were a hallmark of the luxurious Mauretania. Here, in the First Class Library, designer Harold Peto has selected a grey stain for the wooden panelling, to produce a modern, light and airy atmosphere. 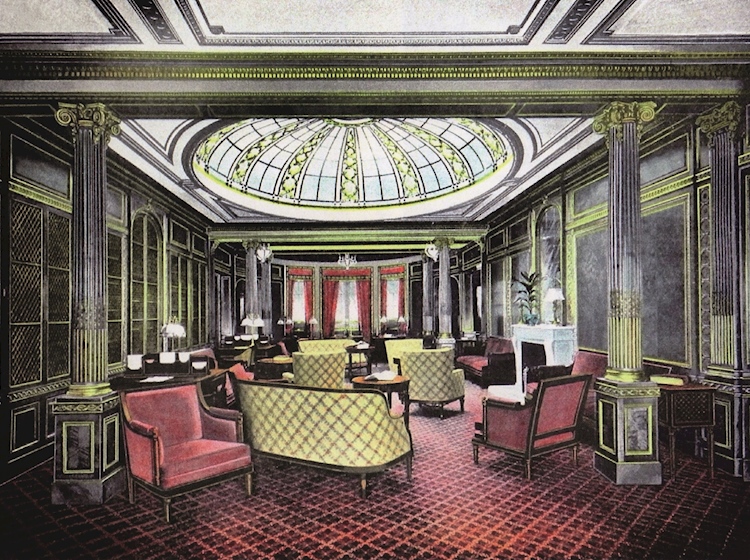 A colourised photograph of the Second Class Drawing Room. Possibly only a smidgeon less comfortable then the First Class equivalent. 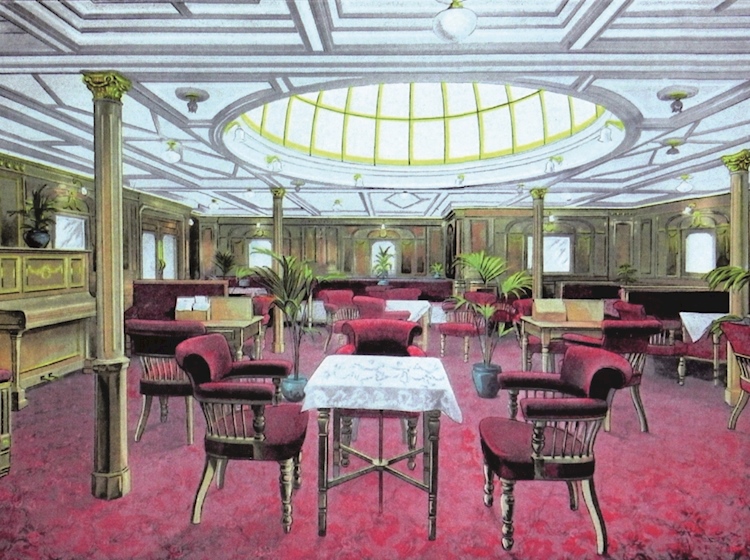 Passengers were still strictly separated in certain areas of the ship. The Third Class Dining Room is less well appointed than its Second and First Class equivalents but is a major improvement on the unsanitary conditions of just a couple of decades earlier. The chairs swivel around to allow flexible usage of the space. 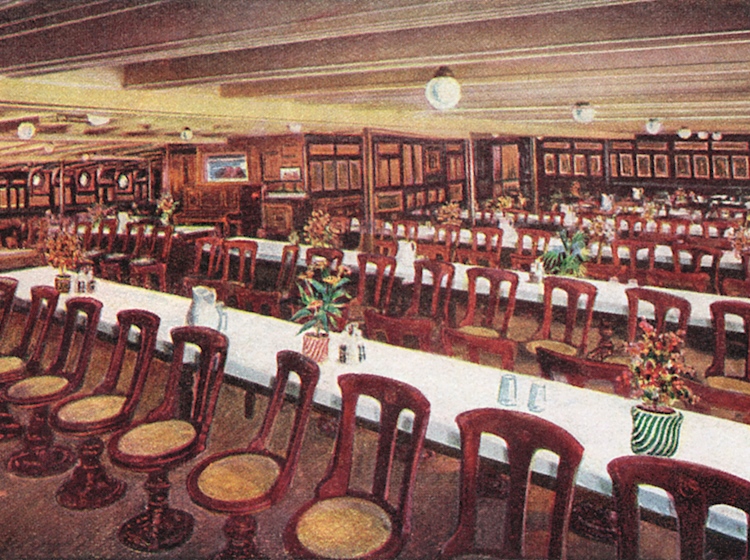 And what would Third Class passengers eat on their voyage? This bill of fare shows that breakfast may have included vegetable stew, porridge and kippers. Dinner was a hearty four-course affair and tea was equally satisfying. For those still hungry in the evening, a dish of gruel was served at 8:00 p.m. 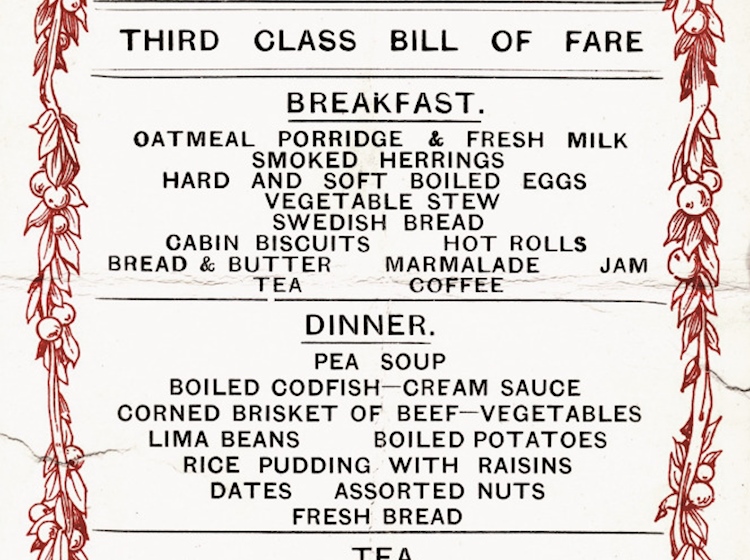 A Third Class bill of fare

Small cabins were available for Third Class families and women travelling on their own. Before the luxuries of Mauretania, most Third Class passengers would have had to sleep in dormitories. 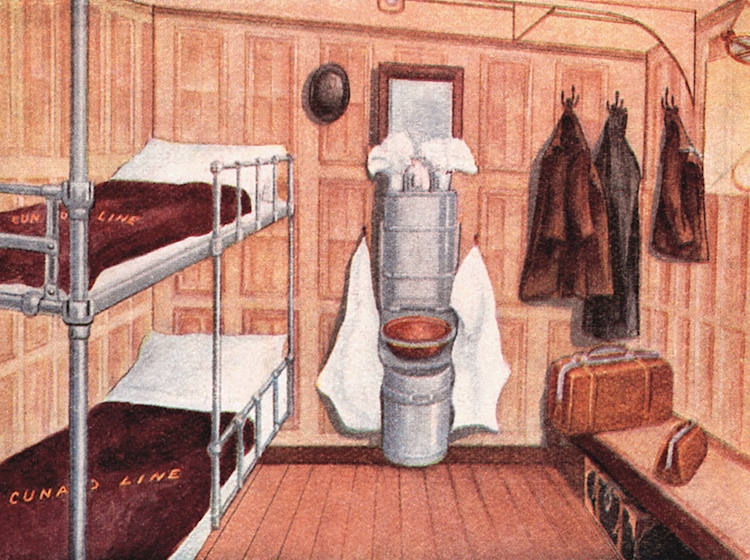 An artist's view of the Third Class cabin

After Mauretania’s 1922 refit, the First Class Dining Saloon was still the height of luxury but now had movable chairs. 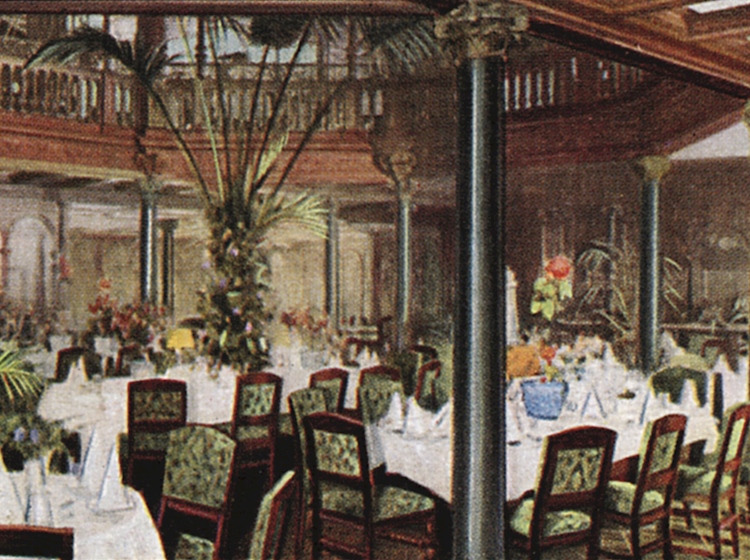 During the First World War, Mauretania served as a hospital ship. Here, her grand First Class Lounge has been converted into a hospital ward. 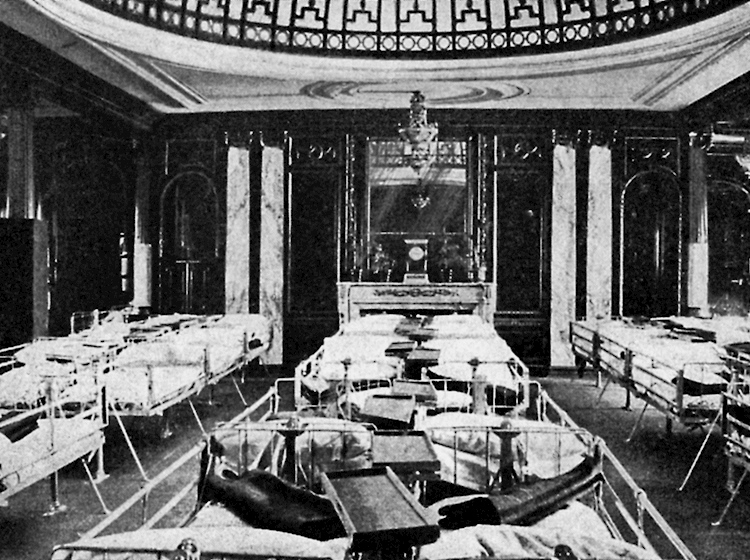 A hospital ward in the First Class Lounge

After many successful years as a highly popular passenger ship, Mauretania finally was retired from service in 1935.

The end of an era

Extracted from The Unseen Mauretania 1907 by Kent Layton

In the same series