Reaching the South Pole, 110 years ago

By mid-January 1912, Dr Edward Wilson, Captain Robert Scott, Henry ‘Birdie’ Bowers, Lawrence ‘Titus’ Oates and Edgar ‘Taff’ Evans were approaching their destination. On 16 January, as they lunched, they discussed the possibility of reaching the South Pole the following day – but that afternoon Bowers spotted a mysterious black mark on the horizon.

Inside a tent left by Roald Amundsen’s party they found letters confirming that the Norwegians had reached the South Pole just over a month previously. Bowers took some photographs while they adjusted to the blow, erected their tent and tried to sleep. The next day, 17 January, they reached what they reckoned to be 90 degrees South and pitched their tent so Bowers could take readings and plot their position exactly. That done, they all assembled so Bowers could take some group photographs using the technique expedition photographer Herbert Ponting had shown him – a tricky business, involving pulling a thin string threaded through a ski-stick (for stability) and tied round the shutter lever. Bowers, who felt the cold less than most, pulled the string with his bare fingers several times before handing over photographic duties to Wilson and others. 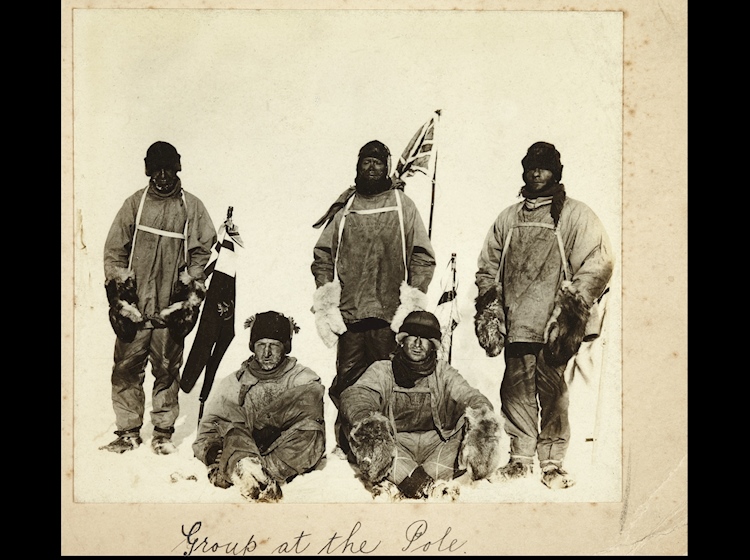 The South Pole was, they agreed, a disappointingly bleak spot. Armed with written and photographic records that would satisfy the Royal Geographical Society and other learned bodies, Scott, Wilson, Bowers, Oates and Evans packed their sledge and set off on the 900 mile journey back to Cape Evans. Scott had left instructions for men with a dog-sledge to meet them during the latter stages of their journey, to collect their journals and records and race back to the Terra Nova, so she could leave for New Zealand before the ice trapped her in the south. They knew that otherwise no-one in London would whether they had reached the South Pole or not and that they were safely back on the home straight to Cape Evans.

As the five men marched wearily southwards, Herbert Ponting was 900 miles away, filming and photographing wildlife and other subjects Scott and Wilson wanted him to record before leaving on the ship with the latest expedition films and photographs – perhaps, all being well, including ones brought back from the South Pole. Ponting hoped Scott and Bowers had remembered his photographic ‘tutorials’ at Cape Evans and captured their moment of triumph at the South Pole. Everyone at Cape Evans knew Amundsen hoped to beat Scott to the Pole, but as the Norwegians were using an untried route to the polar plateau, they were taking more of a risk. 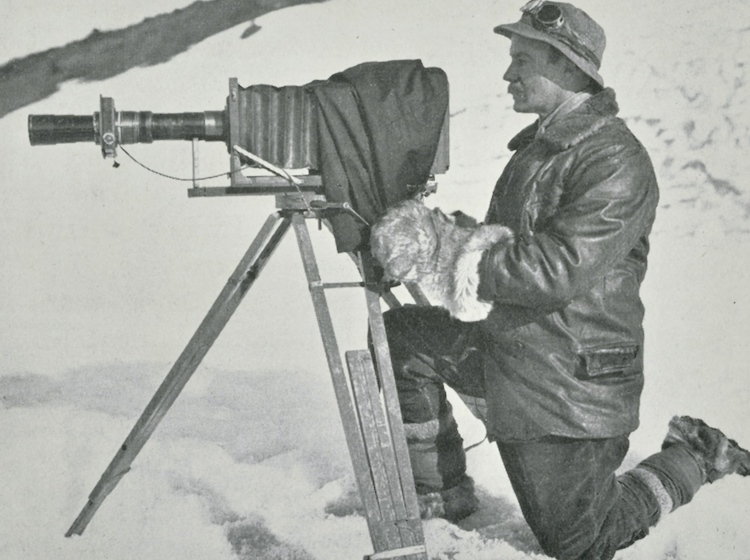 Back in Britain, supporters, families and friends of members of Scott’s expedition waited for reports from the south. They knew the earliest they could expect news was early spring, when the Terra Nova would be free from the ice and reach New Zealand. It was going to be a long winter.

Discover more about the polar regions

Buried in the Arctic Ice