Re-enactment and research: How modern recreations can help us visualise the past

John Fletcher author of The Western Kingdom: The Birth of Cornwall discusses re-enactment and its relation to research and history.

There is something extremely visceral, extremely real, about holding a sword.

When you feel the weight of the blade and the rough leather of the grip it is easy to slip into the fairy tales and fantasies which still inform so much of our modern pop culture perspective.

You are no longer a retail manager or an amateur historian, you are a knight, a viking; a warrior. Of course, if you are anything like the thousands of people who take part in Historical Re-enactments each summer up and down the country, the sword you are holding will be blunt and you will still be all those things you are in the ‘real world’.

Still, only for a moment, there will be the whisper of something else. A feeling that seems to pull at some older instinct.

While an enthusiasm for swords might seem a little school boyish it does highlight one of the great appeals that Re-enactment can offer to those who partake; as well as to Historians and those interested in history on a much more casual basis. History will never seem more real as it does when you hold it in your hand.

There is something unmistakably special about holding and using tools, weapons and objects in the same way that our ancestors did hundreds, sometimes even thousands of years ago. It brings us into a very real continuum of human experience: performing the same motions as people we will never meet but whose lives, in whatever small way, all contributed to the modern world we now enjoy.

However, the magic is only ever as real as you can make it. 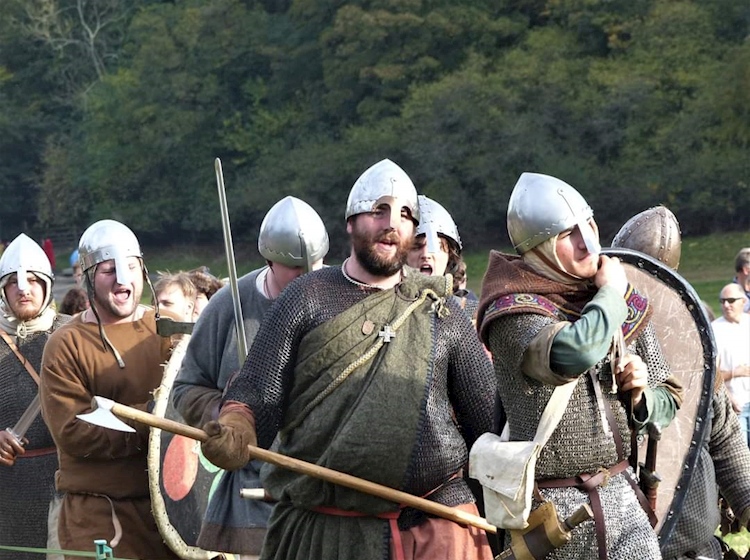 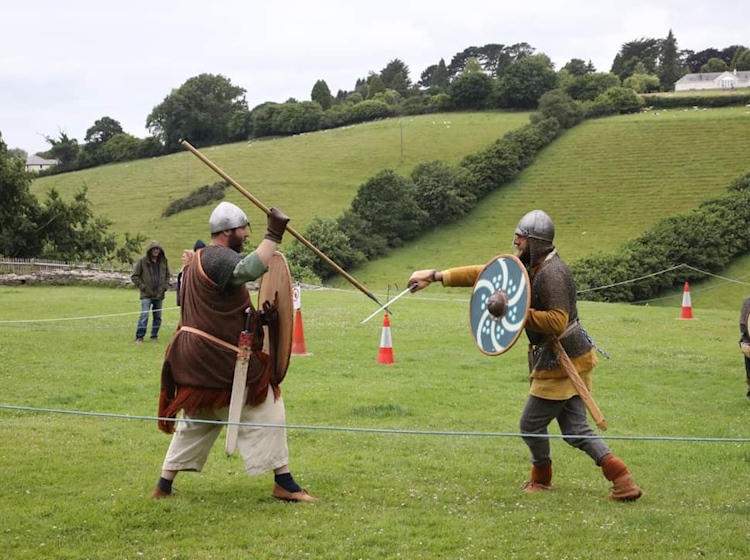 Re-enactors on the field

To this end, good re-enactment events or re-enactors require an enormous amount of research being done long before the public appear, before weapons are taken up…even before scissors are taken to fabric to make clothing.

Re-enactors need to understand life in the past at a micro level that many people rarely consider. We know the kings and queens, as well as the important dates (1066 and all that) but how many people stop to consider what the people who experienced those events looked like? How they worked? How they fought or built or traded?

Re-enactors research their impressions, the characters or people they portray, for hours of their own time. They work alone or in groups to ensure that the clothes they wear, the gear they use and the way that they use it all is as close to the past as is possible. Ultimately there will always be a divide between re-enactment and reality (see the blunt weapons example) but it is still probably the closest many people will ever get to the past.

When it is done well, re-enactment has the ability not just to answer those questions in a very real, first-hand way but also to inspire further questions and interest in members of the public who perhaps never had any real desire to open a History Book before.

While for the re-enactors the act of doing all that research sometimes inspires further questions, further avenues of exploration that are sometimes undeserved by the wider academic world.

Sometimes, all it takes is a sword.

A Grim Almanac of Cornwall