If you're an Arsenal fan with knowledge that spans the club's 130-year history, then this quiz is for you!

The Gunners have won England’s top tier League title thirteen times, but how closely were you watching those title-winning campaigns?

Apart from the 2003/04 ‘Invincible’ season, when they didn’t lose a single match, what is the fewest number of defeats Arsenal have suffered during a League title-winning campaign – and what is the most defeats they recorded while winning the League?

Arsenal’s record points haul is 90, achieved when winning the title in 2003/04. However, if 3 points for a win had been the rule prior to 1981/82 as well as since then, what would have been Arsenal’s most productive title triumph in terms of points accrued?

When Arsenal won the title for the first time, in 1930/31, two players scored more than 30 League goals apiece, and another was ever-present for all 42 matches. Who were the players concerned?

Arsenal kicked off their 1947/48 title-winning season with a run of how many consecutive victories?

When securing the title in 1970/71, Arsenal achieved a club record twenty-nine wins, and beat nine teams both home and away. Who were the clubs over whom the Gunners did the double that season?

Which eleven players won League championship medals in both the 1988/89 and 1990/91 title-winning seasons?

In terms of number of goals conceded, what title-winning season yielded the meanest defensive record – and which one was the least watertight?

When Arsenal won the League in 1932/33, their two wingers – Cliff Bastin and Joe Hulme – missed just 2 matches between them, and were first and third top scorers, respectively. How many League goals did the pair score between them that season?

After the epic title-clinching 2–0 win at Anfield on 26 May 1989, about which Arsenal player did one of Liverpool’s say that if a cannonball had been fired at him that day, he would still have controlled it and laid it off to one of the midfielders without a second thought?

Six straight wins – and they were unbeaten over the first 17 matches of the campaign.

In winning the League in 1990/91, Arsenal conceded only 18 goals. In contrast, when they won the title in 1952/53, their defence was breached sixty-four times – but they still secured the championship on goal average.

Alan Smith, who headed Arsenal’s first goal at Anfield to finish the season as the First Division’s top scorer with 23, having begun the campaign by netting in each of the Gunners’ first 8 matches. 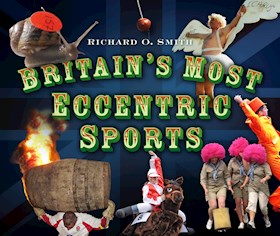