Do you know where the Crown Jewels are kept? Or which palace is the London home to the Duke and Duchess of Cambridge?

Test your knowledge of London's royal history with this exciting quiz written by a professional Blue Badge Guide.

After financing its reconstruction, in 1066 which king became the first person to be buried in Westminster Abbey?

Where are the royal and state regalia known as the ‘Crown Jewels’ kept on display?

Which palace is the London home to the Duke and Duchess of Cambridge and their young family?

The Banqueting House is the last remaining part of which central London palace destroyed by fire in 1698?

Who is the only king or queen to have been born and to die at Buckingham Palace?

Which south-east London palace was used extensively to raise royal children from the fourteenth to the sixteenth centuries? 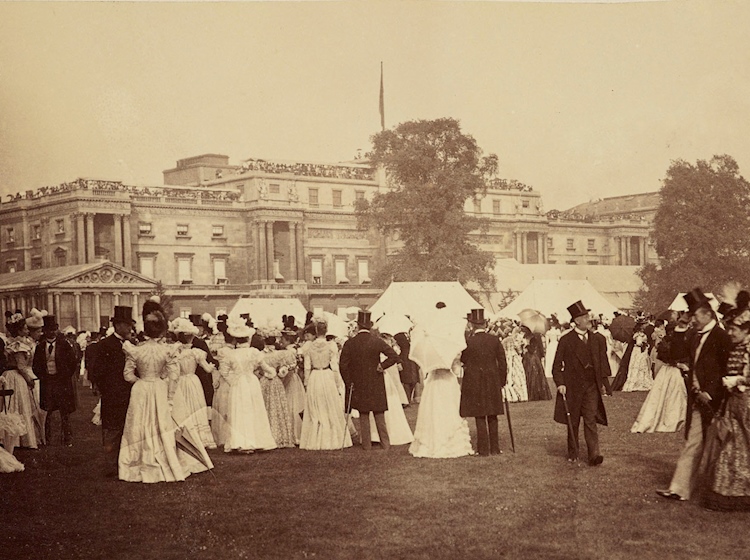 No sooner were the masons out than the (ex-)monarch was in. Pious Edward was laid to rest in the recently opened abbey on Thorn Ey (Island) next to his palace on the river at Westminster. The coronation church was rebuilt in the thirteenth–fourteenth centuries in the Gothic style. Edward’s shrine is surrounded by sixteen rulers of England (plus one queen of Scotland), by hundreds of other people from ‘the Illustrious’ to ordinary members of Westminster’s local community, and by the grave of our Unknown Warrior.

The Crown Jewels are a working collection of precious regalia that are used on state occasions. Many items are on permanent display in a strong-room inside the Tower, where this glittering collection has been delighting visitors for three centuries. Look out for the 530.4 carat ‘First Star of Africa’, the world’s largest, flawless, pure cut diamond, and a twelfth-century spoon used to anoint monarchs during their coronation service. Simply an unmissable collection of priceless treasures!

With Prince William working as a pilot in the air ambulance service in Norfolk, Amner Hall on the Queen’s Sandringham estate is the family’s usual residence. In London, Kensington Palace is home for the Duke of Cambridge, his wife Kate and their children George and Charlotte.

King William III and Queen Mary II established Kensington as a royal palace and later, this was where young Victoria lived until becoming queen in 1837. The story of royal residents is told in a wing of the palace open year-round.

From the ninth century until after the Norman invasion of 1066, Winchester was regarded as England’s capital and King William I had himself crowned in both cities. London’s growing commercial importance and location, combined with the new regime’s system of government, helped establish London as the principal city of England.

5. They hold at least one Royal Warrant of Appointment

Royal Warrants are granted by the Lord Chamberlain (head of the royal household) to a very select group of companies that meet stringent criteria including several years of service to households of the Queen, Duke of Edinburgh or Prince of Wales. There are currently approximately 900 businesses, with two-thirds of warrants awarded by the Queen. Arms of the awarding senior member of the Royal Family may be displayed on premises as an outward sign of their good standing and a tour of (say) St James’s and Piccadilly soon brings you into sight of several of these businesses.

The palace has (mostly) gone but its name lives on as a synonym for the national government quarter. Architect Inigo Jones’s early seventeenth-century Banqueting House is notable for being the first Palladian neo-classical building completed in England. Its fine ceiling was painted by Flemish artist Peter-Paul Rubens and it was through a window in this grand room that King Charles I stepped onto a stage to be beheaded publicly in 1649.

The eldest child of Queen Victoria and Prince Albert, Edward was born soon after his parents had moved in, establishing this as the principal royal residence in town. In 1902, the elderly new king bravely underwent emergency surgery for peritonitis in the palace, but died there in 1910.

Eltham is something of a hidden gem. Its fifteenth-century hall dates from King Edward IV’s reign, who considered this his favourite palace. Buildings, garden and hunting grounds had been extended in the fourteenth century by Edward II and his wife Isabella (‘The She-Wolf of France’) for their son (Edward III). Henry VIII spent much of his boyhood here in the late fifteenth century.

Eltham Palace is now managed by English Heritage and is easily accessible from central London by public transport.