The story of Private Henry Tandey VC, DCM, MM has once again entered the public domain following the publication of Michael Morpurgo’s latest book An Eagle in the Snow and sadly, in my opinion, for the wrong reasons.

In 2010, I came across the story of Adolf Hitler’s life being spared by a British soldier at Marcoing in September 1918. That soldier was identified by Adolf Hitler as Private Henry Tandey who between the 25 August and the 28 September 1918 was awarded the Military Medal, the Distinguished Conduct Medal, and the Victoria Cross, becoming the most decorated private soldier to survive the First World War. Yet the more I read about Henry Tandey it seemed to me that he was known more for his alleged compassion towards Hitler rather than for his undoubted bravery. To me, this seemed to do him a disservice and in 2012 The History Press published my biography of this extraordinarily brave man.

The story of Private Henry Tandey is one that has been, and continues to be, blighted by lazy journalism and poor research and is an example of where if a falsehood is repeated often enough then it assumes the status of a fact. Let’s be very clear that despite how many times a falsehood is repeated, it remains a falsehood. The most recent example of this is the claim that Private Tandey joined the army aged 14 when, in fact, according to his birth certificate, he was born on 30 August 1891 in Swains Buildings, Kenilworth Street, Leamington Spa, in Warwickshire and his army record shows that he enlisted in August 1910.

Turning to the biggest falsehood of all, I am certain in my mind, that based on my research, Private Henry Tandey and Adolf Hitler did not cross paths in September 1918 at Marcoing. The story was first revealed as a myth in an article in the Northern Echo on 25 October 1997, under the heading of ‘Hitler was in my sights story by VC soldier is debunked’. It reported that the Regimental Secretary of the Green Howards Regiment, Lieutenant Colonel Neil McIntosh, had investigated this story and as a result had contacted the Bavarian State Archives in Munich. He had received confirmation from the Bavarian State Archives on 20 October 1997 (and reconfirmed following a request for information for my book) in a letter held at the Regimental Museum, that Hitler was on leave from the 25-27 September, returning to the front on the 28th; meaning he was either on his way back at the time of the incident or was some miles away. However, it can be verified beyond doubt that Private Tandey was at Marcoing on 28 September 1918 as he was awarded the Victoria Cross for his actions that day.

The story of Private Tandey sparing Hitler’s life was started by Hitler himself. Hitler was intent on impressing upon the German people that he had been saved for a greater purpose, namely restoring Germany to what he saw as its true position in the world. The story sounded so much better if it was embellished by the claim that the man concerned was the most decorated private soldier to survive the First World War rather than some anonymous, yet still heroic, Tommy whose bravery had not attracted the same attention. It is likely therefore that it was a calculated decision on Hitler’s part to implicate Private Tandey, given his profile as a flesh and blood hero who had survived the Western Front.

Despite the oft repeated story that Neville Chamberlain (having been told by Hitler about Private Tandey, when he visited Munich in September 1938) then subsequently telephones Private Tandey at his home in Coventry to pass on Hitler’s thanks, the truth is somewhat different.

A search of the Chamberlain Collection at the University of Birmingham did not reveal anything to support the story that Neville Chamberlain was told the story by Hitler in September 1938 or that he in turn then contacted Private Tandey. However, newspaper articles from 1939 show that Neville Chamberlain had been told this story by Hitler and that after his return from Munich he told the story to an officer of the Green Howards, who in turn informed Private Tandey at a Green Howards Regimental Reunion in August 1939.

There are no records of Henry having spoken publicly about the incident with Hitler after 1940, and especially in the aftermath of the Second World War this would not have been something to talk about. There is no evidence that those around Henry, or indeed Henry himself, took the story seriously. By keeping quiet, Henry must have hoped that the whole business would simply blow over and his policy of not talking about it seems to have worked because the story only came to the fore again at his death in 1977, and in 1997 when his medals were presented to the Green Howards Regimental Museum. The story panders to the media’s need for sensational stories and it is certain that he would have been dismayed to see what he probably regarded as a joke being regurgitated as if it was fact with headlines such as:

A legend under fire: hero couldn’t have had Hitler in his sights (Daily Mail, 27 October 1997)

And then in 2014, an article headed ‘If Only I’d Known Who He Turned Out To Be’ gave the myth fresh coverage when it appeared in the Daily Mirror’s Daily Record World War 100 magazine, only for it to be repeated in the promotion of An Eagle in the Snow. The subtext to the perpetuation of this myth is that by sparing Hitler, Henry bears direct responsibility for the Second World War. Even if Henry had spared Hitler’s life it is too simplistic to say that his death would have prevented another world war.

It has always concerned and disappointed me that visitors to the Imperial War Museum and the National Army Museum will find nothing about Henry in the public collections. He is a true hero who should be remembered as an ordinary man who carried out extraordinary acts of bravery in extraordinary conditions, unencumbered by all the other nonsense. 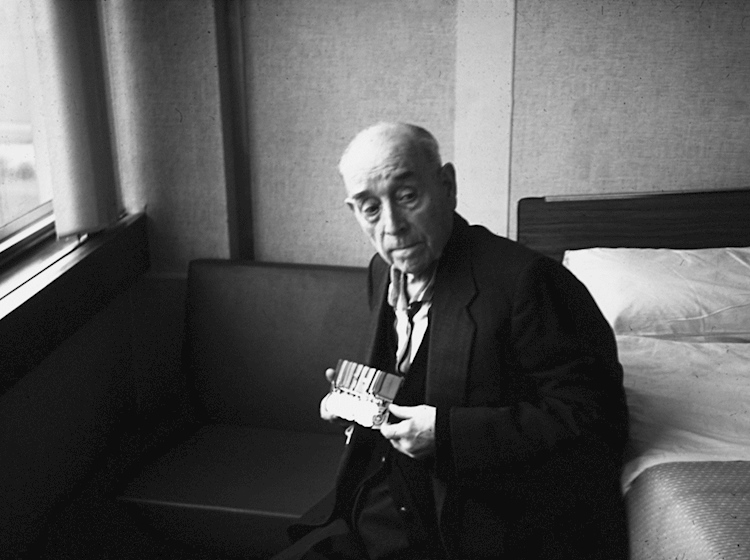 An elderly Henry Tandey with his medals