The story of an old parish church in the West Midlands reveals a long and close relationship between church and town. The Royal Town of Sutton Coldfield was in a bad way when its successful son Bishop John Vesey of Exeter returned home for his mother’s funeral in 1523.

Vesey was a friend not only of Sir Thomas More, whose book Utopia he admired, but also a close associate of King Henry VIII. Both the parish church of Holy Trinity and the town itself seemed to be in poor repair and down at heel. The Bishop found a way to benefit both the church - by extending its aisles and giving bells from the nearby dissolved priory of Canwell and a new organ – and the town, where he secured a Charter, the incorporation of a Warden and Society, and the gift from the King to the people of Sutton Park, a part of the royal hunting ground extending to Cannock Chase. He also founded the grammar school which still bears his name. 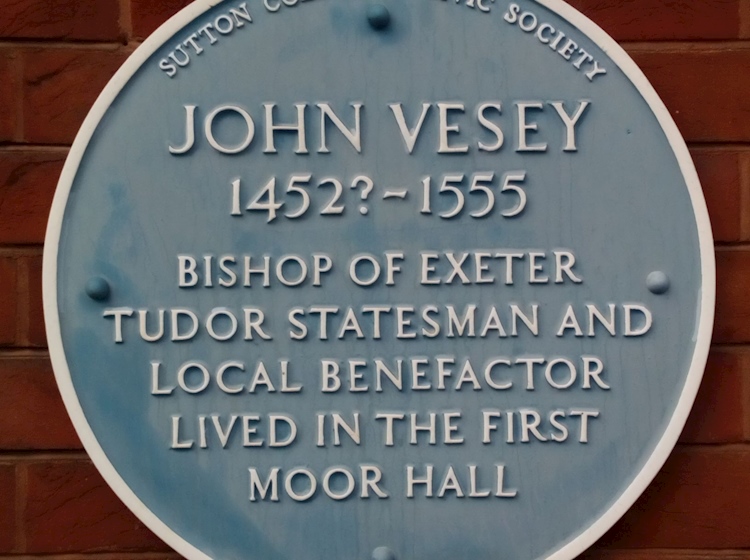 The town prospered from Vesey’s establishment of new employment opportunities with land for animal husbandry and a cottage industry for weaving wool. His local government system lasted until the formation of the Corporation in the nineteenth century, and local gentry and aristocracy, as well as Rectors of the Parish Church were the elected wardens and members of the society over those centuries.

Parishioners included the owners of local stately homes – like Four Oaks Hall, New Hall and Langley Hall – who would also have galleries constructed in the church to improve their view of proceedings on a Sunday.

The line of Rectors at the church includes a 200-year dynasty which passed from father to son, with an occasional cousin or brother(!) whose family name was Riland and then Riland Bedford. A number of clergy, both rectors and curates have been in trouble for preaching contentious sermons. Among them, Rector John Burges was imprisoned in the notorious Fleet prison for an overly Puritan sermon given before King James I, and a Jacobite sympathiser, Henry Sacheverell, is credited with inciting riots following an inflammatory sermon in the church in 1714.

The church itself gives witness, sometimes in surprising ways, to the lives of many people who worshipped there. There are, of course gravestones in the churchyard, memorials in a range of materials, the grand tomb of Bishop Vesey himself, and elaborate memorials in marble and in stained glass throughout the church. But there are also other signs, like the font which may be Saxon or Norman, but is from another church altogether and was retrieved by a Suttonian from the churchyard where it was being used by patrons of a neighbouring inn as a serviceable mounting block. The son gave the font to the church in 1856, and the newer eighteenth century font was despatched.

The beautiful box pews of 1760, now only extant in a gallery at the church, were a cause of controversy for worshippers, and complaints in the spiritual court at Lichfield were not upheld when householders were allocated what they considered inferior pews with restricted views of the preacher.

Many items of furniture have been given to the church in memory of Rectors and parishioners, like the communion table, screens between areas of the church and various lecterns over the years. The lychgate adjacent to the church was given by the townspeople to commemorate the work of the Rector of the time who had had a major role in both church and civic life – The Revd William Kirkpatrick Riland Bedford. 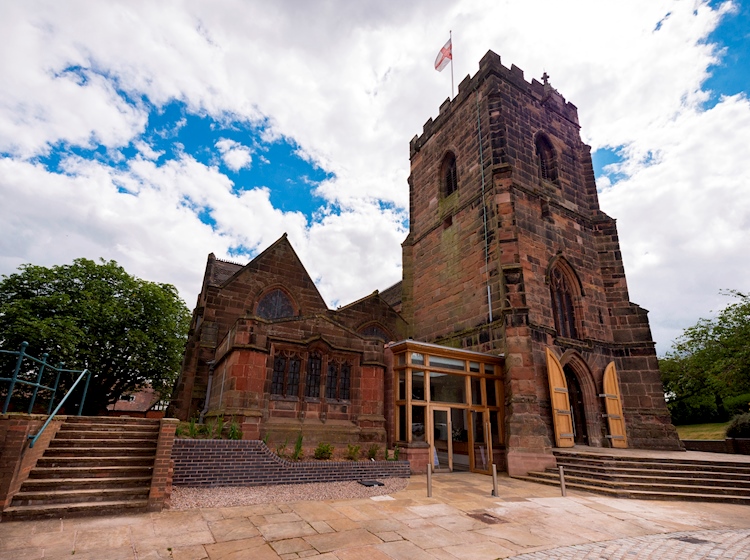 Like the font, other items have come from other places, and the woodwork is a good example of this. As well as some woodwork from the old Coventry Cathedral, in 1864 the Rector bought a large amount of woodwork from Worcester Cathedral which was modernising the cathedral interior. This was installed in the chancel and aisles of Holy Trinity, creating new choir stalls at the front of the church, as was becoming fashionable instead of having the choir sing from a gallery at the West end (back) of the church. Lettering on the wood in the Vesey Chapel records the purchase from Worcester Cathedral. Excitingly, it has only been confirmed in the last decade that a substantial part of this woodwork is not Jacobean, as had previously been assumed, but from the time of Mary I (Bloody Mary), the daughter of Henry VIII who reigned for just five years (1553-8). Her determination to make the Roman Catholic faith pre-eminent is thought to have led to her having this woodwork erected at Worcester Cathedral, where Prince Arthur, the first husband of her mother, Katherine of Aragon, is buried. This woodwork is now considered by experts to be not just rare, but probably unique.

A recent re-ordering of the church interior has led to changes in order to make the church accessible (which it was not previously), and also warm, comfortable and light, without detracting from the many features which are worthy of viewing. Indeed, new lighting and the opening up of the interior of the tower space has enabled some features to be seen more clearly than ever before, notably a stained glass window and a decorated ceiling (one of four in the church) which were previously obscured.

The church and town are entwined in a history that has been shaped by events in the wider world, but they have worked together for the majority of that time, and the church of today welcomes all to share the space in a variety of ways in order to reflect and to learn from the history and to absorb the quiet majesty of this Grade-I listed building. You can read more about the history of the church here.

Read more about the Midlands

Ley Lines Across the Midlands