Nursing during the last days of the Somme

The Somme offensive ended on November 18, 1916. However, the staff at the Order of St. John field hospital in Etaples, France, had much to contend with, from communicable diseases to aerial bombardments, before the war would finally be won.

By November 1916 snow and freezing fog had transformed the shrouded Somme battlefields into precarious territory: jagged, shell holed areas littered with barbed wire and debris. Dangerous weather conditions combined with increasing sickness levels amongst the troops prevented further advances. Therefore, on November 18, 1916 the Somme offensive drew to a close. The Allies had gained a mere 6 miles of land. British casualties numbered 432,000, of these 150,000 had died and over 100,000 were severely incapacitated. Medical and nursing teams valiantly fought to save men from the ravages of war whilst struggling with mounting fatigue. Worn down by a lack of sleep, sub-zero temperatures and poor diets, even men who had escaped injury succumbed to conditions such as bronchitis, lumbago, trench foot, nephritis and venereal disease. Those who arrived in a steady stream at St John’s hospital were filthy, tired, bewildered and desolate. It took several orderlies all their strength to prise their boots off. Furthermore, the pressure of hospital work was relentless and nurses were run ragged.

Aware of this ongoing pressure the hospital’s Commanding Officer, Colonel Charles Trimble, made concerted efforts to boost staff morale, organising dances, plays and concerts. However, some nurses did not have the energy to socialise. As V.A.D. Nurse Cynthia Owen wrote wearily in her diary ‘I am simply too tired to go out.’ Nevertheless, by early December Cynthia had regained her strength and became immersed in the preparations for a Christmas production of Gilbert and Sullivan’s ‘Mikado’.

Cynthia was also one of ten V.A.D. nurses chosen to receive a special award. Senior members of the Order of St John had recognised that certain nurses had gone above and beyond the call of duty during the grim and fierce Somme battles. Thus on the evening of 9 December a very special investiture was held at St John’s Brigade hospital Etaples: as these V.A.D.s were afforded the Insignia of Honorary Serving Sister of the Order of St John of Jerusalem, in recognition of their wonderful work and devotion to their patients. For the V.A.D.s concerned, such an extraordinary acknowledgement of their efforts was a great honour. It was also an astonishing achievement. In one remarkable investiture the Order of St John of Jerusalem had elevated women working in the lowliest of nursing ranks to the rank of trained sisters. The status of trained nurses during this period, was normally dependent on the elite standing of their training hospital. The Order of St John however, had awarded an elitist nursing honour to V.A.D.s on the grounds of meritocracy. In doing so, emphasis was placed on sound Christian principles and humanitarian endeavour. The hospital’s Matron, Constance Elizabeth Todd, was particularly pleased that ten of her nurses had been singled out for an honorary award. This reflected well on the hospital and on her leadership. But there was little time to dwell on this success, because the hospital was almost full. Then on December 28, just as staff members were about to stage the ‘Mikado’, a convoy of seventy-eight patients arrived. The opera was postponed until these new patients were assessed and bedded down.

Hospital work continued apace but the grim months of the Somme offensive had lowered staff resistance to sickness, and by the end of February 1917 over 45 percent of hospital staff were off sick - most suffering from measles. V.A.D Lily Fielding wrote to her sister Agnes:

‘I don’t mind the beastly rash, or being confined to bed. It’s the horrible throbbing head which makes me feel simply awful. I can’t even raise my head from the pillow without pain. Sister Harman is in the next bed and she says the nurses are dropping off sick like nine pins.’

Other illnesses besetting the staff included gastric ulcers, rheumatism, mumps and meningitis. The hospital continued to receive battle casualties and frequently extended bed numbers. Moreover, the nature of injuries changed as new weapons such as mustard gas entered the battle arenas. By 1918 aerial bombardment became an increasing concern and St John’s was bombed on two occasions. The second bombing took place on 31 May and obliterated the hospital. The ferocious bombardment lasted 3 hours, although Matron recalled that it felt like 3 days. St John’s own fire brigade and orderlies bravely rescued patients from the debris whilst nurses attended to the wounded. Colonel Trimble recorded:

‘When the alarm was given, everybody went to their station; the prompt and good discipline carried out to my mind accounts for the small number of casualties, because the explosion of four large bombs, two between the wards and two on the side had a terrific effect. I shall never forget it as long as I live.

I have again to record the splendid heroism and devotion to duty displayed by all ranks, particularly by the sisters; I am recommending at least one of them for a military medal.’

The devastation to St John’s was irreparable and the hospital was relocated to Trouville. As the new hospital began to take shape staff were uplifted by the news of Allied advances. On 8 August 1918 Allied forces began a new offensive and quickly achieved a decisive victory. The British fourth army, led by Henry Rawlinson, advanced 7 miles on the first day alone, and hundreds of German soldiers surrendered. The 8 August became known as a ‘black day for the German army’ and signalled the end of trench warfare. This was the start of the Allied 100-day offensive. The Second Battle of the Somme began on 21 August and was key to subsequent successful Allied advances.

However, just as Allied forces were making good progress on the Western Front, another more sinister battle was being lost on the medical front. A virulent strain of influenza was claiming lives at a phenomenal rate and there was nothing anyone could do. By the end of October on the home front, an average of 4,500 British people were dying from flu every week. On the Western Front mortality rates from flu were climbing rapidly every day, with weekly medical reports admitting, ‘with regard to the prevailing influenza epidemic we have a serious present situation.’ This particular strain of flu was also very unusual in that it targeted not the young, old, or vulnerable but typically those between the age of 18 and 35. It was rife, therefore, in the troops of all nations at war, and in all those who cared for them.

By early November the Allies had captured 362,355 prisoners and people waited with bated breath for Germany to surrender. When an armistice was eventually signed Colonel Trimble noted in his Company Orders book on 11 November 1918:

‘Armistice signed between Allies and Germany at 6am to take effect from 11am today. Thank God.’

On hearing the news there was elation and mayhem. Shouts of joy, whistle and trumpet blowing, people embracing each other, hugging, laughing and kissing. Nurses rushed to tell their patients the wonderful news and matron opened up her store of medicinal brandy, measuring out small tots for everyone. Patients dressed up as St George and impromptu parties broke out across the Western Front.

Those nurses who had participated in military nursing in the hope of gaining women’s suffrage were partially rewarded when the 1918 Representation of People Act gave limited voting rights to women. In 1919, spurred on by the nation’s poor health and the influenza epidemic, a Ministry of Health was established. In the same year the Nurse Registration Act was passed. But nurses failed to agree on a professional direction and the government formed a General Nursing Council (G.N.C.). In theory the G.N.C. was given the power to withdraw approval from inadequate nurse training schools, but in practice hospitals simply appealed to have these decisions overturned. The need to staff hospitals relegated nurse training to a secondary concern, and the G.N.C. endorsed policies that were economically driven rather than professionally motivated. 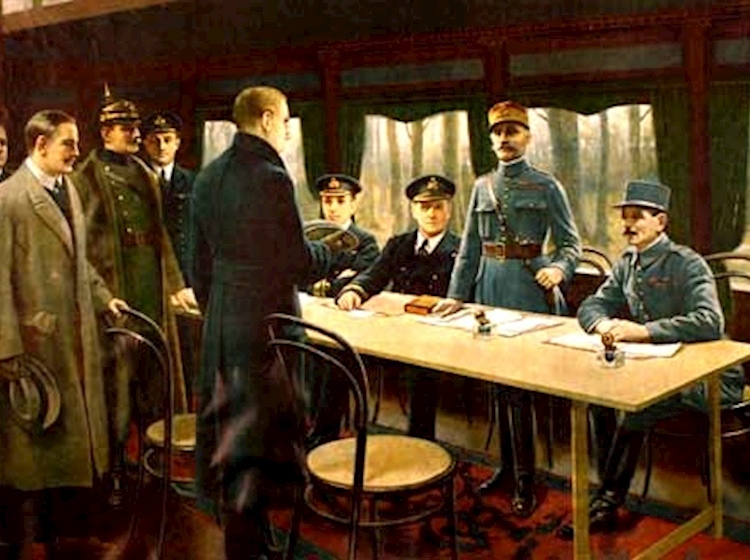