Turn the clock back sixty years in Wirral and take a bus ride on a Birkenhead Corporation bus in its blue and cream livery between Bebington and Birkenhead. This was a road journey of roughly three miles but was also a virtual journey through time - or at least one through the two contrasting faces of the 1960s.

Rationing had finally ended in 1954 and with it the age of austerity. The shadow of the Second World War began to recede for a new generation who had never experienced the terror of the Blitz over Merseyside. By the time the Prime Minister, Harold Macmillan famously said. ‘You’ve never had it so good’ in 1957, the Boom Years were underway. From the late 1950s Britain entered an age of prosperity and affluence which by the mid-1960s had morphed into Harold Wilson’s ‘White Heat of Technology’.

It was a decade of tumultuous change. But the other face of the decade was still rooted in the urban environment created by the Victorians: a world of red brick terraced houses and old fashioned pubs and shops laid out in a gridiron network of narrow streets, some still gas lit. People worshipped at Victorian churches, many children attended schools built in the late 1800s and played in Victorian parks; families went on holiday to seaside towns in North Wales by steam train.

The bus fare usually included a few pennies and ha’pennies, worn and blackened from decades of use, from the reign of Queen Victoria. And every older person then living was Victorian with memories of a very different world, without cars, radio or television. Birkenhead and its suburbs like Rock Ferry, Oxton and Claughton, typified this older face of the 1960s – smoky, grimy and faded – but arguably full of character with a rich heritage telling the story of its rapid growth in the nineteenth century when leading politicians like Disraeli had recognised it as a place of progress and innovation. 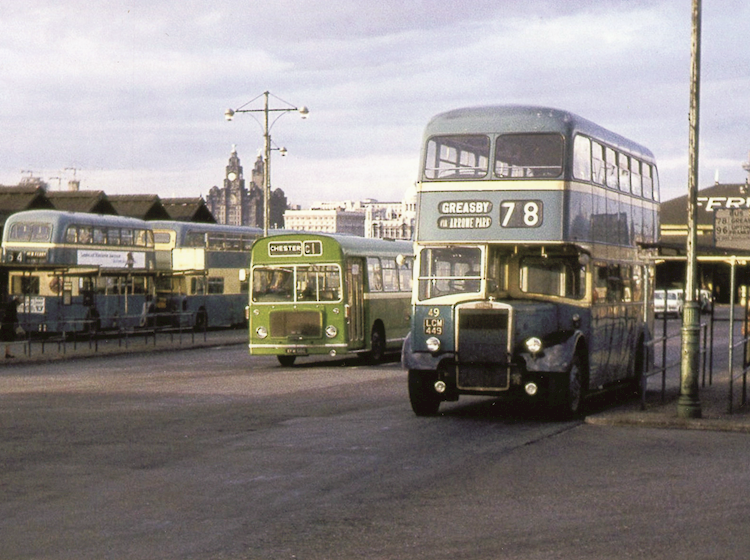 So, it was possible in 1960s Birkenhead – as elsewhere - to just catch the tail end of the Victorian world. But it was not to last. In both Birkenhead and Bebington the march of progress that decade cut a swathe through much of the old: sentiment or building conservation were at a low ebb, it was all about the here and now of modern living. Bebington – and particularly Higher Bebington typified this new era with modern new suburbia spreading outwards, filling gaps and requiring the demolition of many old houses.

The core of Higher Bebington was the Village, a cluster of old cottages, shops and three public houses on the east facing side of a sandstone ridge which dropped gently down through fields of gorse and heath to Lower Bebington. Some of the houses were built of the local Storeton sandstone which was extracted from a huge quarry near the top of the Village; this had provided the stone for many of the large nineteenth century public and commercial buildings in Liverpool and Birkenhead – and also some of the finest private houses – like those built around the edge of Hamilton Square in Birkenhead from the 1820s. The highest point in Higher Bebington was the brake wheel at the top of the old derelict windmill, close to the quarry edge: a prominent landmark which gave character and identity to the Village: the badge of the nearby junior school is emblazoned with a windmill. 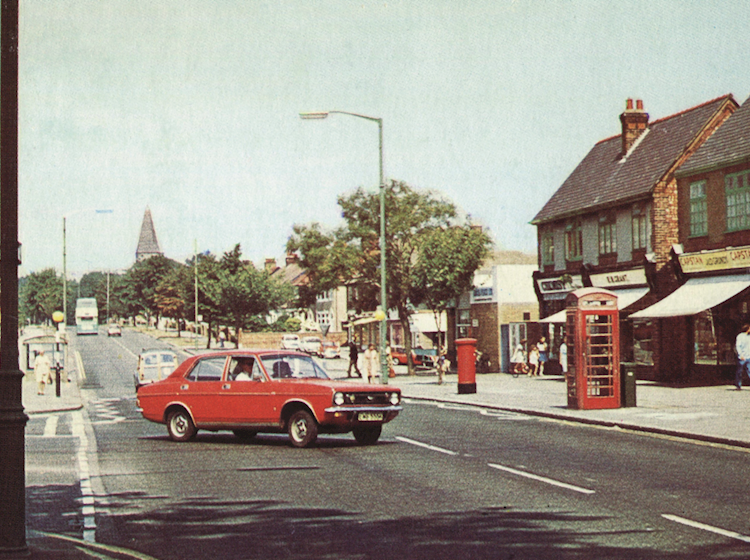 Some of the cottages and houses in Higher Bebington bore date stones of the mid-1700s and there were also several large Victorian houses, standing back from the road in their own grounds and screened from passing traffic by tall trees; but virtually of these were swept away between the late 1950s and the early 1970s to make way for new housing. Largescale suburban development in Bebington had begun in the late 1920s with the construction of semi-detached houses and bungalows with Tudor style timber gables, stained glass in the front bays and finished in grey or light brown pebble dash.

When development resumed in the mid-1950s the style of houses was very different. Architectural historians talk of the Scandinavian or Dormer style. Large picture windows were typically flush with walls of fletton brick sometimes clad in rough cast or timber weatherboarding. Exterior woodwork was also painted in brighter colours: primrose yellow, pale blue or mauve. Many of the new houses no longer had chimneys as they were supplied with oil central heating; where the coal fire remained it was no longer the sole source of heat. Affluence fuelled consumerism: typically the new houses were equipped with new washing machines refrigerators, mono record payers and television sets. And many families now had a car. In 1960 28% of British households owned a car, by 1969 the figure had risen to 45%. So most of the new houses had a driveway and garage or car port for the family’s proudest possession. 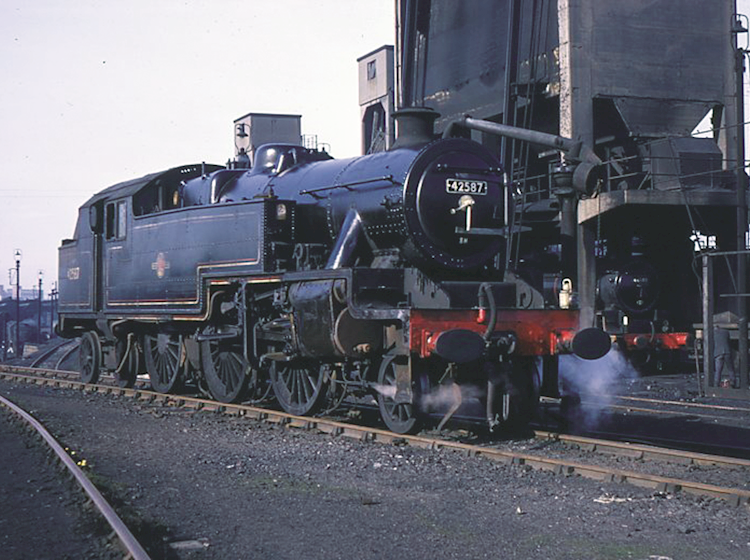 The contrast between the lives of the new suburbanites and those living in the Village and in streets of Victorian terraces in Tranmere and Rock Ferry could not have been greater. In the 1960s many older properties still had no bathroom or indoor WC and the weekly wash was still done the old way, by hand with a wash copper, dolly tub or washboard. But modernisation made itself felt in Birkenhead too. Many of the old terraced houses – like those on Borough Road - were demolished from the late 1960s to make way for a new shopping precinct, whilst a new duel carriage way and flyover smoothed the motorist’s passage to the Mersey Tunnel. Churches like St John’s off Grange Road were closed and demolished as was the Market Hall built in the 1840s.

The last steam engines left Birkenhead in November 1967 and the same month, Birkenhead Woodside station, end of the Great Western Railway line from London Paddington, was also closed. It was torn down the following year. Back in Bebington the old windmill was demolished in March 1969 to make way for more new houses. It was a long decade. The march of progress cut deep. 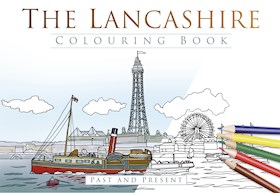 The Lancashire Colouring Book: Past and Present 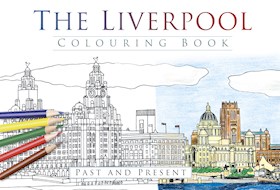 The Liverpool Colouring Book: Past and Present 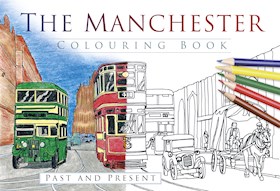 The Manchester Colouring Book: Past and Present

A Grim Almanac of Manchester

The Manchester Book of Days