Memento mori: Reminding the Tudors of their mortality

Death figured prominently in the Tudor psyche, as it did throughout contemporary European, and this outstanding example of a memento mori, or ‘reminder of death’, could not embody more aptly both the transience and potentially agonising end of any sixteenth-century life.

A gruesome skeleton clothed in tattered flesh holds a scroll bearing the Latin inscription ‘I am what you will be. I was what you are. For every man is this so’. That the artist, probably Hans Leinberger, has depicted the cadaver in a graceful pose that mimics that of Adam in Albrecht Dürer’s famous engraving of Adam and Eve is probably intentional, for it was supposedly due to Adam’s sin that humans were subject to death.

Archduke Ferdinand of Austria possessed a similar item also attributed to Leinberger that is not quite so well-proportioned, and though the original owner of this particular object is unknown, the person concerned is certain to have been a sophisticated collector, for most memento mori in Tudor England usually consisted of finger rings of varying degrees of sophistication. In England, too, memento mori seals depicting skulls were common, along with mourning rings sometimes containing a snip of hair. Here, however, we have a consummate work of art in its own right – the complexity of the carving demonstrating all the finer qualities of boxwood, allowing the gut to be hollowed out with immense precision and the skin to be peeled away without the whole form collapsing.

Nor was the dedication of such painstaking artistry to so morbid a subject anything but appropriate, for ‘making a good death’ remained especially important to Tudor men and women constantly endangered by epidemic diseases such as typhoid, dysentery and smallpox – not to mention occasional visitations of bubonic plague and the mysterious, deadly ailment known as the ‘sweating sickness’, which had reputedly been brought to England by Henry VII’s mercenaries in 1485. The threat from accidental death also remained ever present, as the 9,000 or so reports from Tudor coroners stored at the National Archives at Kew conclusively demonstrate.

Housewives and servants fetching water for domestic use from open pits, streams and wells, were, for example, involved in about four per cent of all accidental deaths, and the fact that women also picked riverside plants, cleaned linen and washed sheep before shearing in fast-flowing mountain streams lent added risk to their everyday lives. We hear, too, of the unfortunate John Broke, a Yorkshire cloth-maker, who was only one among countless others struck down by his Maker without warning when an oak tree ‘suddenly rolled downhill and hit him’ while he was building a fence.

Most poignantly of all, perhaps, there is the case of little Jane Shaxspere, a 2-year-old girl who fell into a mill pond and drowned while picking flowers, called ‘yelowe boddles’ or corn marigolds, in Upton Warren in Worcestershire, 20 miles from Stratford-upon-Avon, in 1569. William Shakespeare would have been around 5 years old at the time and, if Jane was indeed his younger cousin, as has been suggested, the parallels to Ophelia in Hamlet – who picked flowers and drowned when she fell into a river – are intriguing. Certainly the coroner, Henry Feeld, was scrupulous regarding the details:

“The same Jane Shaxspere the said sixteenth day of June about the eighth hour after noon of the same day suddenly and by misfortune fell into the same small channel and was drowned in the aforesaid small channel, and then and there she instantly died. And thus the aforesaid flowers were the cause of the death of the aforesaid Jane; and they are worth nothing.”

The Tudor path to death was paved with an infinitely varied mosaic of everpresent hazards. The threat of destruction grew even more terrifying as the century progressed, for during the course of Henry VIII’s reign the consolations of priestly absolution were finally undermined by the abandonment of Roman Catholicism. Yet, if fear of death may well have increased in post-Reformation England, fear of the dead, at least, may just have diminished marginally. For while the Tudors continued to believe in ghosts, the more enlightened of their rationally minded Protestant preachers made increasing efforts to eradicate such superstitions. Since purgatory was officially dismissed in the 1540s as an unbiblical superstition concocted in Rome, the implications were plain. Not only was there now no need for priests to deliver the last rites or for prayers for the dead to be said in chantry chapels, a further conclusion was equally obvious. For how could the dead return from a mythical staging-post between heaven and hell to plague their living counterparts? ‘Souls departed,’ wrote the reformer Robert Wisdom in 1543,
‘do not come again and play boo-peep with us.’

Extracted from The Tudors in 100 Objects by John Matusiak

Of course, the Tudors aren’t the only ones to have loved the paraphernalia associated with death. Through the ages people have always created memento mori artworks as a reminder of mortality and the shortness and fragility of human life.

Memento mori through the ages

Danse Macabre (Dance of Death) by medieval German painter and printmaker Michael Wolgemut, 1493 from the Liber chronicarum by Hartmann Schedel
The Ambassadors by Hans Holbein the Younger, 1533, is famous for containing an anamorphic which, from an oblique point of view, is revealed to be a human skull
Young Man with a Skull by Dutch Golden Age painter Frans Hals, circa 1626-28
Death Comes to the Banquet Table by Giovanni Martinelli, circa 1630
Still-Life with a Skull by Phillippe de Champaigne, circa 1671, is reduced to three essentials: Life, Death and Time
A mourning ring on display at Norwich Castle Museum 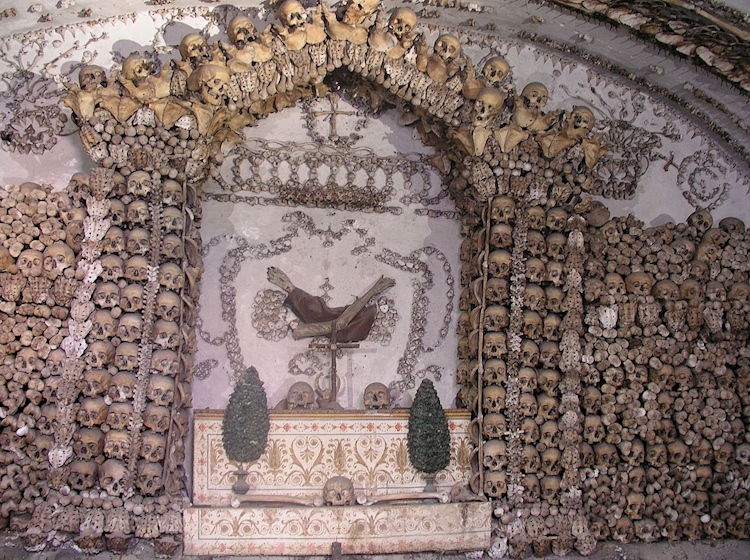 The Capuchin Crypt in Rome consists of several tiny chapels located beneath the church of Santa Maria della Concezione dei Cappuccini and contains displays made using the skeletal remains of 3,700 bodies believed to be Capuchin friars who died between 1528 and 1870 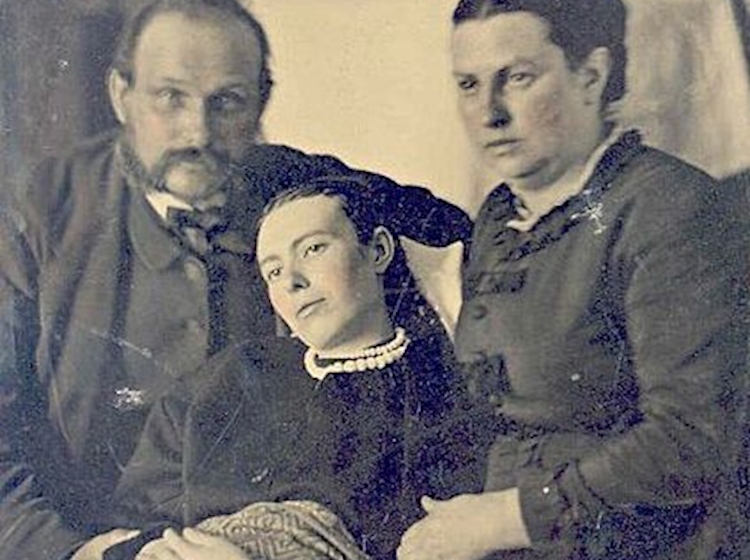 In the Victorian era as photography emerged and became more common and affordable, 'post mortem' or 'death' photography, in which photographs were taken of loved one shortly after they died, became popular
Damien Hirst's For the Love of God, 2007, is a platinum skull set with 8,601 flawless diamonds. The teeth inserted into the jaw are real and belong to the original skull