Mary Wollstonecraft‚ the Quakers‚ and The Angry Brigade: the dissenting history of a London parish

Author Rab MacWilliam takes us through the ‘dissenting’ history of Stoke Newington in London.

Stoke Newington is a small, inner-city suburb of London, lying north of the Thames, and located in the Borough of Hackney. It boasts the longest street name in London: Stoke Newington Church Street. It contains numerous old, unusual and preserved buildings, has long been a gathering spot for eccentrics and, in recent years, it's become a rather trendy place in which to live. In total, that’s probably what most people know about Stoke Newington.

However, these same people might be surprised to discover that Stoke Newington has also been - for over 500 years - one of England’s most important centre of religious, political, cultural and social ‘dissent’, a word which has several definitions and ramifications.

First mentioned in the Domesday Book, the village’s close proximity to the City of London combined with its rural seclusion to create an ideal retreat for the wealthy Tudor and European aristocracy, and for the original ‘dissenters’, whose anti-Roman Catholic and anti-Anglican beliefs were much influenced by the 16th-century teachings of Luther, Calvin and others across Europe.

These ‘dissenters’ were mainly 17th-century Protestant sects - Puritans, Congregationalists, Independents, Presbyterians, Quakers, Fifth Monarchists, Unitarians and many others - some of whom today are worldwide organisations and who still maintain churches and other places of worship in Stoke Newington. Their early activities and teachings contributed significantly to the execution of Charles I, the Civil War, Cromwell’s Republic, the Restoration, the Hanoverian monarchy, the end of feudalism, the establishment of parliamentary democracy, and increasing personal freedom to work, live and worship. The historian Christopher Hill was right to describe the English 17th-century as ‘the age of revolution’.

The Stoke Newington area, along with its surrounding small villages of Newington Green, Upper Clapton and Stamford Hill, was a secluded refuge for many of these dissenters, who were to be found in the dining rooms, meeting houses, churches, taverns and academies of this ‘seditious’ village, which was increasingly becoming a physical adjunct to the encroaching City of London while maintaining its own sense of identity and independence of mind.

The tradition of intellectual dissent in this seemingly peaceful village attracted such inhabitants as Daniel Defoe, Mary Wollstonecraft, Joseph Conrad, Anna Sewell, Edgar Allan Poe, Richard Price, John Stuart Mill, Thomas Paine and their distinguished and varied visitors, such as Benjamin Franklin, David Hume, John Locke and William Wilberforce, among many others. This tradition has continued to the present day, with artists and intellectuals as diverse as John Osborne, Harold Pinter, Paul Foot, Peter Kennard and Marc Bolan representing the differing intellectual and creative cross-currents in the area. Today, it remains home to numerous artists, photographers, writers, journalists, politicians, musicians and dramatists, among others.

Given its dissenting history, it should be no surprise that this area can lay claim to at least two of the largest, most interesting open public spaces in North London, both of which were created in the 19th century by local dissenters.

The first is Abney Park Cemetery, a 32-acre ‘abode of the damned’, which was opened in 1840 by Congregationalists. It is the only sizeable cemetery in England to be unconsecrated and therefore not the preserve of the Church of England. It is today not used for public internment and, after a good deal of voluntary and charitable repair work, it stands today as a symbol of the area's historically proud and dissenting spirit.

The second is Clissold Park, created 40 years later and another example of what can be done when determined local dissenters face up to landowners and win, for the people, the right in perpetuity to enjoy 55 acres of parkland, lakes and other facilities. There are several other examples of this local independence and self-belief in the Stoke Newington area.

Although the word ‘dissent’ normally implies a greater or lesser degree of disagreement between otherwise similarly inclined personalities, it is a term which I also use in this book Stoke Newington: the story of a dissenting village - in some instances to mean ‘different’. Therefore, where the context suggests, ‘dissent’ can be interpreted as behaving and thinking in ways which do not reflect the wider social and conventional norms.

This being the case, there are at least two other ways in which this parish can be regarded as 'different'. These are crime and immigration and, while both in their own way challenge social norms, their methods are obviously deeply opposed. Immigration is welcome for its introduction and the absorption into the area of different cultures, while crime, at its worst, is a heinous activity but one which cannot be ignored in the retelling of Stoke Newington's history.

For 300 years - since the 18th-century highwayman Dick Turpin who ‘made his living’ by depriving travellers on Stamford Hill Road of their belongings and who lived on Hackney Marshes - Stoke Newington embraced pockets of organised crime. In the 20th century alone, the Angry Brigade were formed and based here, and the Provisional IRA members responsible for the Balcombe Street Siege and the bombing of Harrods lived in and operated from this parish.

During the 1960s, the much-feared Kray Twins regarded this area as their ‘manor’ and as the centre for their criminal activities. They lived here and were regular habitues of the Regency Club in Amhurst Road, along with the likes of Lord Boothby and Princess Margaret. And they murdered Jack ‘the Hat’ McVitie in central Stoke Newington, only a hundred yards from where I live today.

However, immigration has, over the years, helped to counter this malign criminal presence and to create one of London's most multicultural, diverse, and welcoming neighbourhoods. There has always been room here for European religious and political refugees and dissenters including, for instance, Huguenots, Palatines, inhabitants from the Low Countries and Ireland, and other Europeans in search of  respite from the policies of their countries.

Particularly in the 20th century Stoke Newington has also welcomed West Indians (such as the ‘Windrush’ descendants), Africans, people from the Indian sub-continent and many Kurdish incomers fleeing from Middle-East state repression. The largest recent immigrant group has been the Ultra-Orthodox Jewish Ashkenazi community, around 30,000 in number and mainly found in Stamford Hill, who co-exist peacefully alongside the numerous Muslim peoples who have also arrived and settled in Stoke Newington. There are many other nationalities represented here today, all adding to the culturally creative and diverse atmosphere of this community.

In this brief article I have only been able to scratch the surface of this intriguing and frequently fascinating parish, and have hardly mentioned the local clubs, bars, festivals and other entertainment venues which have been and are as attractive and exciting as one could find in London, and indeed far beyond. I arrived here thirty years ago, and I cannot think of anywhere else I would prefer to live.

If you wish to discover more about this unique little area, read my book Stoke Newington: the story of a dissenting village. You may even decide to move here. 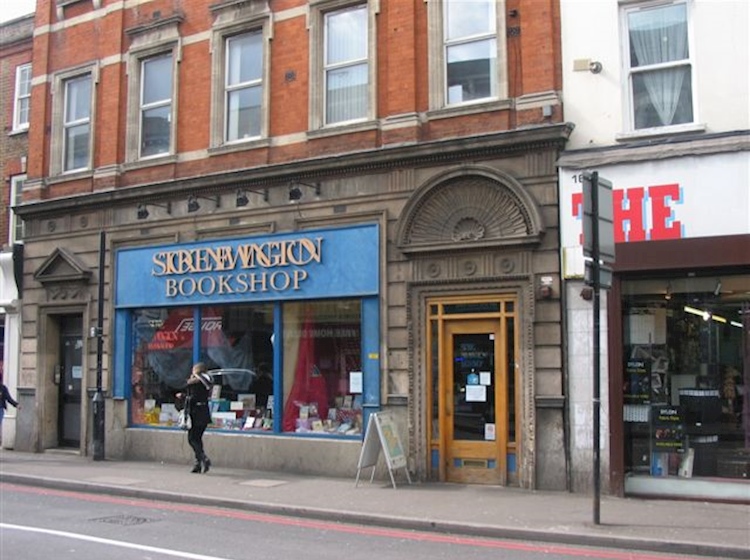