Married to a coal miner

Life was difficult for women from the coalfields during the 19th and early 20th centuries.

Those girls who were daughters of miners understood some of the difficulties, but it was still their ambition to marry into the industry and take on the responsibility for looking after the home and children of her coal miner husband.

Formal education was seen as unnecessary for girls by many parents who felt that training on how to run a household and look after a husband was much more sensible than book learning. Girls picked up the skills of cooking, sewing, washing, mending and childcare which were considered to be invaluable to those who were likely to marry coal miners. During the training period girls were a good help at home, and in the isolated mining villages of County Durham there was very little employment in the community for young women. It was this situation that led to many girls marrying early in order to set up a home of her own and gain some independence. 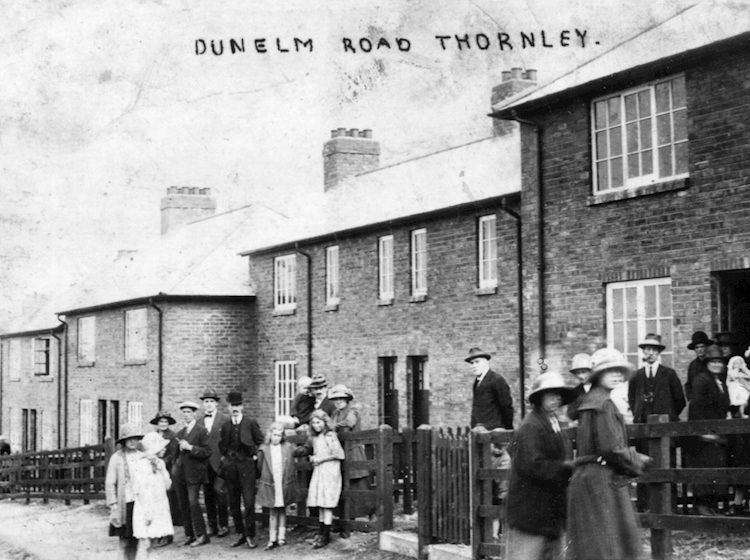 If a girl married a coal miner, she could expect to live in housing provided by the coal company.  The housing was functional and close to the pit head. It was usually of poor quality, lacking in basic amenities such as running water and a sewage system. The fireplace was the heart of the home and it needed to be lit winter and summer as it provided the only heat source and cooking facilities. It was also the only method of heating water. Coal to keep the fire going was provided free of charge from the pit as part of a man’s employment benefits package, the only other employment benefit being the rent-free accommodation.

The life of a coal mining family revolved around the shifts worked by the miner. If he was in first shift (starting work at 3.00am) his wife would get up with him and prepare him a hot meal, probably something cooked in the frying pan over the fire. Many women then stayed up and sat in a chair, perhaps waiting for a son to come in from his night shift. Men coming in from the pit were greeted with a hot meal and a hot bath, whatever the time of day or night, a task which entailed heating water over the fire or in a set pot at the side of the fireplace.

Her life revolved around household chores, looking after children, baking, shopping, washing, making clothes, preparing meals for outgoing miners and preparing meals and hot baths for incoming miners. These women worked much longer hours than their husbands and they never got a day off. They were responsible for everything and everybody in the family.

Most homes had a poss tub in the back yard which was used to store rainwater that could be used for the weekly washing. Water for cooking was carried from the village tap and depending on the location of the tap in relation to individual houses, could involve a walk of 300 yards. The water in the tap was usually pumped from the pit and no-one had any clue what its chemical make-up was.

As if the responsibilities of caring for a mining family were not enough, many women, out of necessity, also had a scheme that would bring extra cash into the household to eke out the pit pay. This could be taking in a lodger, working in the fields for local farmers at times of harvest, making a mat or a quilt to sell – anything that would bring in extra cash to make up for the many times that the miners weren’t paid their full dues as a result of being laid off by the coal owners for at least some part of most weeks. This could be for a variety of reasons and happened regularly and no work meant no money, so the money-making schemes of the women became very important.

Not all miners were drinkers, but some were and for some, the lure of the public house on pay Friday was too much and spending his pay, going home empty handed meant a fortnight stretching out in front of the miner’s wife, without money to buy the basic necessities for the household. The same applied to those miners who couldn’t walk away from a gambling school when he had money in his pocket. The result was the same. However, the erring husband would never suffer for his actions as he was the bread-winner and had to be fed first. Any food that was left went to the children, and if anyone went hungry it was the miner’s wife, who perhaps existed on bread and dripping until the next pay was due.

The women bore a huge physical burden of long hours, heavy workload and frequent pregnancies alongside the emotional burden of constant anxiety in relation to the mortality of her husband at the pit. Health and safety at work was very poor particularly in the 19th century pits, leading to many deaths, and whatever the circumstances, if a husband was killed at the pit, his wife and children would be given only two weeks to deal with the grief of losing their bread-winner and make arrangements for a new place to live. If the house was not vacated within the two-weeks, the pit management arranged for people and furniture to moved out into the road if necessary. Under these circumstances, it was very common for a young widow with children, to move into the home of a widowed coal miner to work as his housekeeper. There are many instances when, despite the age gap, the two married to make the arrangement respectable.  The only other option for a widowed wife was the workhouse.

Despite their many strengths, the women also had many weaknesses, probably not recognised by them at the time. Those born in the early part of the 1800’s were illiterate for the whole of their lives and most weren’t offered the opportunity to learn to read and write. They were ignorant in matters of family limitation and often suffered much anxiety when they realised another baby was on the way – worrying about another mouth to feed. Constant child-bearing, poor nutrition and damp living conditions led to their poor health and whilst a woman would pay for her husband or children to see a doctor, she would be very reluctant to consult with one herself, citing lack of time as the reason. Consequently, women from the colliery villages died earlier than women not connected to the coal industry, usually of bronchial-related ailments.

Women from the coalfield areas knew what it was like when other women were in trouble and in the small, isolated communities, rallied round in order to provide whatever help and support they could. They were well respected by their families, including their husbands many of whom would admit in later life, that his wife had acted as his moral guide and put him on the road to success.  The women married to coal miners were selfless and put the needs of everyone else before their own.