Mandela: From prison cell to president

Nelson Mandela lived one of the most remarkable lives of the twentieth century. Growing up in an era of oppression and racial segregation in South Africa, he devoted his life to fighting for an equal and democratic society and championed social justice.

Imprisoned for almost three decades, he became the world’s most famous political prisoner. Following his release he helped prevent civil war and became the first black president of South Africa. A global advocate for human rights, he was loved and admired all over the world.

Rolihlahla Mandela was born on 18 July 1918, in the tiny village of Mveso, Transkei, South Africa in to a royal family of the Thembu tribe. Growing up with his two sisters in his mother’s settlement, he first tended herds as a cattle-boy, but became the first in his family to receive a formal education when he was sent to a local missionary primary school aged around seven. It was there that he was given the name ‘Nelson’ by a teacher, in accordance with the custom of giving all schoolchildren ‘Christian’ names.

Mandela was entrusted to the regent of the Thembu aged around 12 years old when his father died and prepared for a role with the tribal leadership. It was at the Thembu royal homestead that his personality, values and political views were shaped. Hearing the stories of his ancestors’ struggles during the wars of resistance to colonialism, his eyes were opened to the inequality of life in South Africa and he dreamed of contributing to the fight for freedom of his people.

He went on to attend the Clarkebury Boarding Institute and Healdtown College, a Methodist secondary school. It was whilst at Healdtown that the 19-year-old learned of the existence of the African National Congress (ANC), who sought to defend the voting and land rights of black Africans. In 1939 Mandela entered the elite University of Fort Hare, the only Western-style higher learning institute for blacks in South Africa, where he enrolled on a Bachelor of Arts (BA) degree. However, the following year he and several other students, including his friend and future business partner Oliver Tambo, were suspended for participating in a boycott against university policies and he returned to his village in disgrace. The regent was furious and arranged a marriage for Mandela. Dismayed, Mandela fled to Johannesburg, arriving in April 1941.

For a short while he worked as a mine night watchman, then as a law clerk while completing his BA by correspondence. He went on to study law at the University of Witwatersand, the only native African student, and although he never graduated, he entered politics in earnest whilst studying. He began attending ANC meetings in 1941, joined the party in 1944 and worked with fellow members to establish the more radical ANC Youth League. The same year he married his first wife, Evelyn Ntoko Masse, with whom he had four children.

In 1948, the extremist National Party was elected to government and quickly began to implement a policy of apartheid. Racial segregation was extended and the rights of black South Africans came under sustained attack. Mandela’s commitment to politics and the ANC grew stronger after the election. His star had continued to rise within the ANC – in 1950 he became a member of the National Committee, as well as president of the Youth League and two years later he became deputy president of the ANC. Gaining increasing influence, Mandela and his cadres advocated direct non-violent action against apartheid, such as boycotts, mass civil disobedience and strikes.

In 1952, Mandela and Tambo opened South Africa’s first black law firm, which offered free or low-cost legal counsel to those affected by apartheid legislation. The same year he was chosen as the National Volunteer-in-Chief of the ‘Defiance Campaign’. The campaign was conceived as a mass civil disobedience crusade that would snowball from a core of selected volunteers to involve more and more ordinary people, culminating in mass defiance. Mandela travelled the country, organising resistance to discriminatory legislation. Consequently, he was arrested, convicted and declared a ‘banned’ individual. He was prohibited from attending gatherings and confined to Johannesburg for six months.

In December 1956, Mandela and 155 other activists were arrested and went on trial for treason.  The trial dragged on for nearly five years and his marriage to Evelyn slowly disintegrated, ending in divorce in 1958. Later that year Mandela married social worker Nomzamo Winnie Madikizela who quickly became an active member of the ANC.  They had two daughters. Although all of the defendants were acquitted in 1961, tensions within the ANC had escalated in the meantime. A militant faction split off in 1959 to form the Pan Africanist Congress (PAC) and the following year, police opened fire on peaceful black protesters in the township of Sharpeville, killing 69 people. In the aftermath of the massacre panic, anger and riots swept the country and the apartheid government banned both the ANC and the PAC. Forced to go underground, Mandela became convinced that armed struggle, rather than passive resistance, was inevitable. Dubbed the ‘Black Pimpernel’ because of his audacious public appearances and successful evasion of the police, he helped establish the military wing ‘Spear of the Nation’ (MK). Spear of the Nation launched its first attacks in 1961. Although any loss of life was accidental or incidental, as there was no policy of deliberately killing, between 1961 and 1964 200 ‘symbolic’ acts of sabotage intended to bring the government ‘to its senses’ blew up power lines, railways and government buildings.

In January 1962 Mandela secretly went abroad for military training and was arrested not long after his return to South Africa for leaving the country illegally. Jailed for five years, the police captured most of the senior ANC underground whilst he was serving in Pretoria Local Prison. On 9 October 1963 Mandela joined ten others on trial for sabotage, treason and conspiracy in what became known as the Rivonia trial. Mandela and the other defendants narrowly escaped the gallows; all but two were sentenced to life imprisonment during the trial, which lasted eight months and attracted substantial international attention.

Mandela spent the first eighteen years of his sentence at the brutal and notorious Robben Island prison, a former leper colony off the coast of Cape Town. Frequently in solitary confinement, his tiny cell had no proper bed or plumbing and he often had to do hard labour in a nearby quarry. Visitors, letters and books were strictly controlled and prisoners were routinely subjected to inhumane punishments. Despite such adversity, Mandela earned a bachelor of law degree from the University of London, served as a mentor to his fellow prisoners and secretly began writing his autobiography whilst in confinement. He rejected at least three conditional offers of release throughout his imprisonment.

In 1982 Mandela was moved to Pollsmoor Prison on the mainland, where he began engaging in dialogue with the government and in 1988 he was placed under house arrest in the minimum security Victor Verster Prison.  The following year, newly elected F.W. de Klerk broke with the conservatives in his party, calling for a non-racist South Africa and lifting the ban on the ANC.  On 11 February 1990 Klerk ordered Mandela’s release.

A global news event, Mandela’s release, after 27 years in prison, was watched by millions across the world. Upon his freedom Mandela plunged himself wholeheartedly into his life’s work, leading the ANC in its negotiations for an end to apartheid and the establishment of a multiracial government. Following an escalation in violence and fighting amongst rival groups in the period after 1990, Mandela called for calm and reconciliation, rather than vengeance. President Klerk repealed the apartheid laws in 1991 and though conducted against a backdrop of political instability and fraught with tension, the ongoing talks earned Mandela and Klerk the Nobel Peace Prize in 1993. The following year, South Africa held its first non-racial, democratic election, in which Mandela voted for the first time in his life, and Mandela was sworn in as its first black president, with Klerk serving as first deputy.

In 1996 Mandela divorced Winnie and stepped down as ANC leader the following year.  In 1998, on his 80th birthday he married Graça Machel, the widow of the former president of Mozambique. His presidency came to end in 1999 when he stepped down after one term, and he retired from public life in 2004, although his charitable work, including campaigning for peace, children and the fight against HIV and Aids, continued tirelessly. 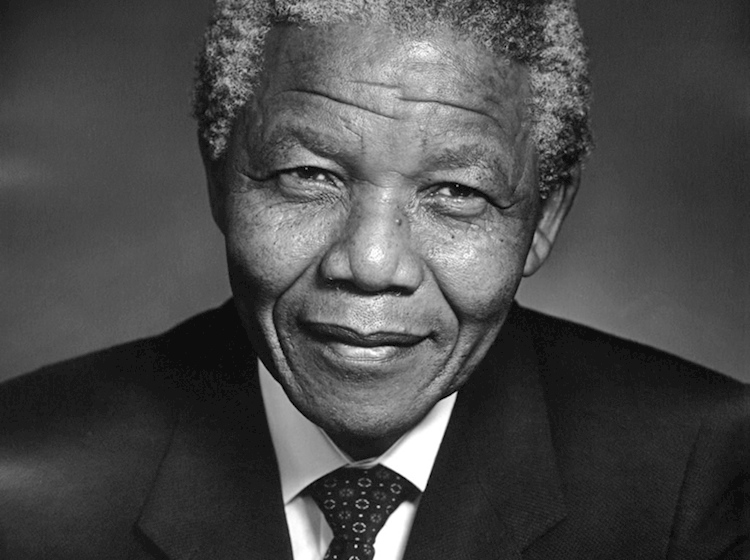