Llywelyn the Last was born into the Royal family of Wales as the grandson of Llywelyn the Great. Wales had been unified under his grandfather so just how did Wales come under English control within one generation?

When Llywelyn the Great died, his eldest legitimate son by his Queen (Joan, daughter of King John), Dafydd ap Llywelyn, inherited the throne and imprisoned his brother Gruffydd ap Llywelyn (Llywelyns the Last’s father) who under Welsh law was the rightful heir (both legitimate and illegitimate sons could inherit during medieval times in Wales). He also imprisoned Gruffydd’s oldest son Owain and transferred them to the custody of King Henry III via the Tower of London. Sadly, Llywelyn’s father fell 90ft to his death in an escape attempt from his prison.

Relations soon deteriorated between Henry and Dafydd and war broke out. Surprisingly, Llywelyn choose to fight on the side of his uncle. Henry released Owain in the hope that he would challenge his uncle’s rule and spark a civil war. However, this proved in vain with Owain taking up residence in Chester. This was fortunate for Llywelyn as Dafydd died soon after without leaving an heir and leaving him of being in the position of being the only candidate around for the throne.

After inheriting his Uncle’s throne, Llywelyn, Owain and King Henry soon came to terms, signing ‘The Treaty of Woodstock’ in 1247. This wasn’t quite as favourable to Llywelyn as it meant the splitting of Gwynedd in half, with the land east of the River Conwy under English control.

When Llywelyn’s younger brother Dafydd ap Gruffydd came of age, King Henry then proposed Llywelyn’s half be shared with him, splitting west Gwynedd even further. Llywelyn refused and was soon pitted in battle against both his brothers with Owain siding with Dayfdd. He prevailed at the Battle of Bryn Derwin in 1255 and his sole rule of East Gwynedd was confirmed.

Llywelyn then began looking at expanding his borders after the population in East Gwynedd (living under English rule) complained about heavy taxation. He and his army marched over the River Conway with his brother (having made peace again) and gained further lands including those from his Anglophile brother-in-law Rhys. Pretty soon he became the ruler of all of Gwynedd. After a few more skirmishes over the intervening years, Llywelyn was confident enough to use the title ‘Prince of Wales’ by 1258. This title was recognised by the Scottish nobility and eventually by King Henry himself in 1267.

However, peace was not to last as by 1272 King Henry was dead and the English throne was inherited by his son Edward. There was no love lost between the two, as Llywelyn had a long term alliance with one of Edwards’s enemies, Simon De Montfort. This alliance continued even after Simon’s death as Llywelyn hoped to marry his daughter Eleanor. In 1276 after a few too many diplomatic clashes over the years, King Edward I declared Llywelyn a rebel and in 1277 invaded with the intention of unseating Llywelyn and conquering Wales. The English force was triumphant in gaining territories in North Wales and managed to cut off the food supply for Llywelyn’s army and forcing him to terms under the treaty of Aberconwy. This treaty meant once again, Llywelyn was confined to the East Part of Gwynedd, losing all his previously held lands. He also had to submit to Edward being his Sovereign in order to marry Eleanor De Montfort. He duly obliged and they were wed in Worcester Cathedral in what was thought to be a genuine love match.

However, history was soon to repeat itself when the Welsh population in East Gywnedd began to complain of the heavy-handedness of their English overlords and the heavy taxation they were forced to pay. By 1277, frustrations boiled over when Llywelyn’s younger brother Dafydd attacked an English castle, forcing Llywelyn’s hand into a revolt that he had not prepared for. Revolts continued to spread in Wales over the next few years and battles ensued. Personal tragedy also followed for Llywelyn with the death of his wife Eleanor shortly after the birth of their daughter in early 1282.

In 1282 there was an attempt at mediation between Edward and Llywelyn by the Archbishop of Canterbury. After an offering of a large estate in England in return for his claim on Wales, Llywelyn refused, declaring that he could never give up on his people, whom his family had protected since the days of Camber and Brutus (descendants of Troy). Llywelyn marched south to rally support, leaving his brother Dafydd in charge of the protection of Gwynedd.

What happened next has conflicting versions, but if we take the account as told from his daughter Gwenllian of Wales, Llywelyn was tricked into believing that the forces of Edmund and Roger Mortimer wished to pay homage. Instead they were forced to engage in the furious battle of Orewin Bridge at Builth Wells. Llywelyn became separated from his men and was chased into the woods at Aberedw where he was surrounded and killed. Legend states, that at first his killers did not know his identity but after finding out who he was, his corpse was decapitated and the head sent to London and ‘crowned’ with ivy in mockery of ancient Welsh prophecies that one day a Welshman was to be crowned in London.

Welsh morale diminished after Llywelyn’s death and never recovered, even after his brother Dafydd briefly held the throne for a matter of months before also being deposed.

King Edward then vanquished Llywelyn’s lands and invested his son as the new (English) ‘Prince of Wales’. 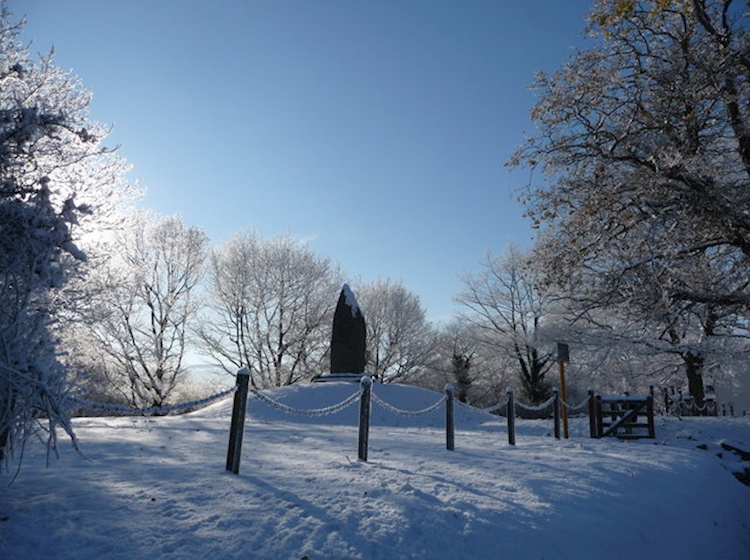 The A-Z of Curious Flintshire

The Secret Premier League Diary of a Cardiff City Fan

Passenger Steamers of the River Conwy