Life on the edge of land and sea in Norfolk

Ajay Tegala author of The Unique Life of a Ranger gives us a glimpse into life at Blakeney Point in Norfolk.

If you’re anything like me, then you’ll always be looking for an excuse to head to the coast. There’s something soothing and restorative about waves gently lapping on the shore. The more time you spend on England’s east coast, the more you will appreciate the dramatic diversity of sea states. Ranging from flat-calm like a millpond to moody, crashing breakers smashing the shore with awesome power. For the flora and fauna that live in coastal environments, life can be harsh.

Walking along the shoreline of north Norfolk’s Blakeney Point is tough-going when the tide is up, covering the firmer sand below the high-water line. Sinking into loose shingle with every step, your calf muscles might as well be trudging up a steep hill. Although it may superficially resemble a shingle drive, the spit is a natural wonder. Created and shaped by the sea, the stones shift with each tide. Its natural structure absorbs the shock of wild storms, protecting human settlements inland. Plants that live here are adapted to being buried by mobile shingle. This invigorates them to grow. Roots extend between the pebbles to take up freshwater: rain, dew and condensation. Their leaves are thick and waxy to prevent salt damage and water loss from within.

In spring, ground-nesting birds lay their camouflaged eggs on the shingle: British wading birds, including oystercatcher and ringed plover, alongside African migrant little terns. Blending in with the beach, they may escape the hungry stare of gulls, crows, owls and raptors searching for prey. Nesting on the ground puts eggs at risk of trampling by walkers and pet dogs. For this reason, dedicated rangers - many of them volunteers - keep watch, to protect these vulnerable birds. Vulnerable is certainly the word. Little terns are in decline due not only to predation, disturbance, unseasonal tidal flooding and reduced availability of the small fish they feed on, but loss of available suitable habitat too. This makes the Point very important. It is a privilege to watch terns diving into the water and emerging with small fish. 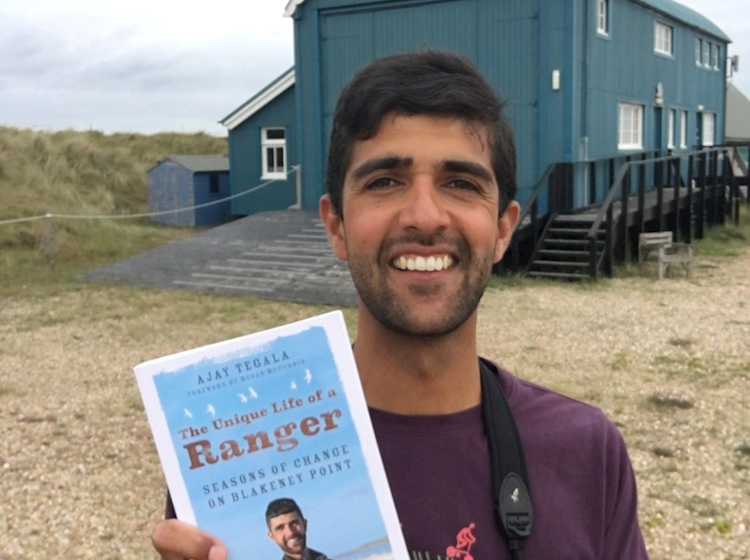 Author Ajay Tegala with his book 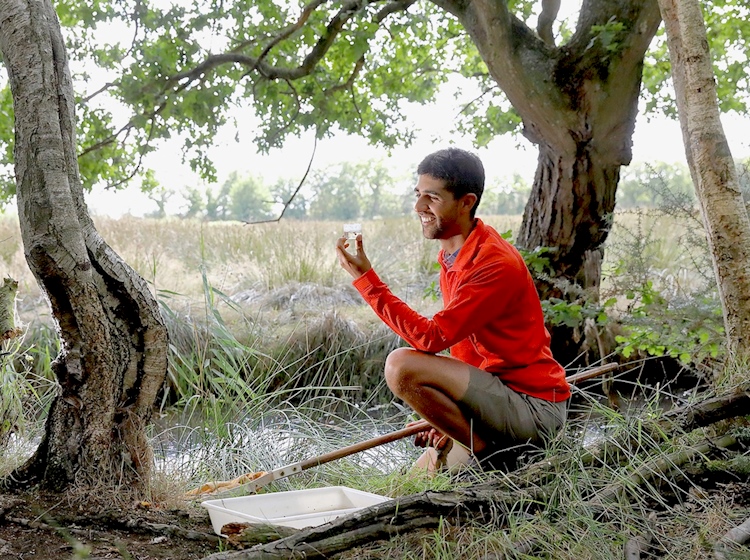 Three miles west along the beach, sand dunes emerge from the shingle. A welcome chance to walk on terra-firma. During the reign of Henry VIII, these didn’t exist. Wind-blown sand has settled and formed dunes over the past 450 years. The roots of marram and couch grass have bound them together, fixing them in place. Lichens grow on the older dunes, crunching underfoot when dry and softening with the rain. Following the extinction of rabbits here - an ‘island race’ eradicated by an outbreak of myxomatosis towards the end of the last century - a variety of flowers thrive in the dunes: yellow cat’s-ears, which open in the morning then close at noon, and sea holly with its spiky leaves and subtle blue flowers. A blue building stands on the edge of the dunes, overlooking Blakeney Harbour.

Built in 1898, this was once Blakeney’s lifeboat station, succeeding the much smaller Old Lifeboat House behind it. Barely twenty years later, the Point had grown considerably, making it progressively harder to launch the lifeboat. By the 1920s, it had been abandoned and the building was acquired by the National Trust, who had managed Blakeney Point as a nature reserve since 1912. The Lifeboat House became the summer home of the Point’s first warden Bob Pinchen. His wife, Alice, opened a tearoom there 99 years ago. The third warden, Ted Eales, lived there each summer from 1929 to 1979, except during the Second World War, when the Home Guard took it over as a look-out. Ted spent his winters working for Anglia Television.

Today, National Trust rangers continue to inhabit the building during the breeding bird season. They still move off in autumn when the nesting birds have vacated the beach and wintering wildfowl fill the harbour. It is at this time of year that Britain’s largest mammal takes over the beach and dunes: the grey seal.
Since the turn of the century, Blakeney Point has taken on an entirely different atmosphere in winter, as hundreds of seals come ashore to pup. Cows (females) feed their pup on fat-rich milk for up to three weeks before returning to sea to build up their depleted fat reserves. During the short time they are on land, the bulls (males) attempt to mate. Dominant bulls hold harems of multiple cows, but subordinate bulls may still mate successfully if they time it right...if not, fights break out.

In December 2013, the pupping season was at its peak when a one-in-fifty-year tidal surge hit Britain’s east coast, the worst since 1953. Thanks to better weather forecasting and communication, no lives were lost in 2013, unlike in 1953. But numerous properties on the north Norfolk coast were flooded, including the Point’s former lifeboat stations. A plaque on the Old Lifeboat House shows how high the flood-waters reached as they swept eastwards, ripping up the boardwalk as they did. Much repair work was needed to the man-made structures, but wildlife was resilient.

As resilient as coastal wildlife has to be, breeding birds and seals require space free from walkers and dogs. This means parts of the Point are out-of-bounds between April and mid-August, to protect nesting birds, then again from November to mid-January, to protect pupping seals. There is wider access in the autumn, when migrant birds pass through. Heading south to their wintering grounds, birds on the move may be swept off course by onshore winds. This makes the Point’s bushes possible sheltering locations for rarities, sought after by eager birdwatchers. Whether it be migratory birds or flotsam and jetsam washed up on the tide-line, part of the thrill of visiting Blakeney Point is not knowing what you might find. 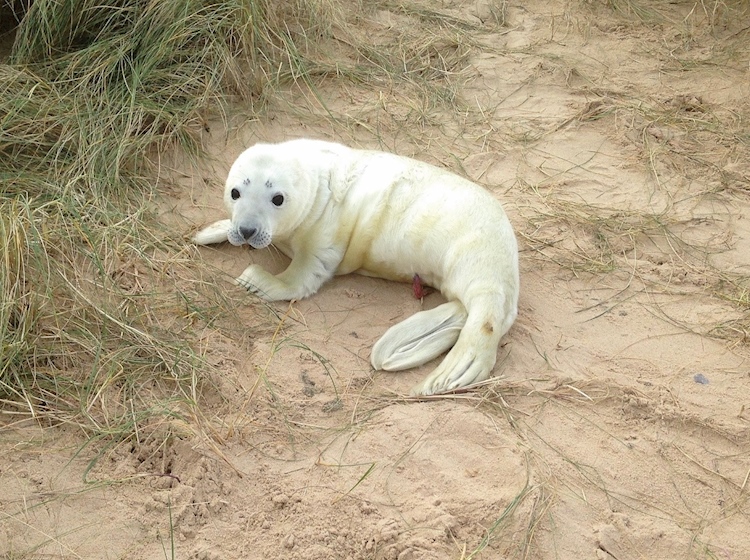 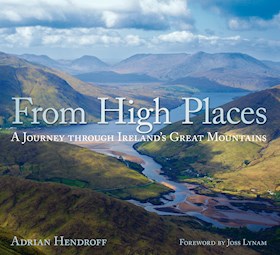 The Magic of Irish Nature

The Norfolk and Suffolk Broads